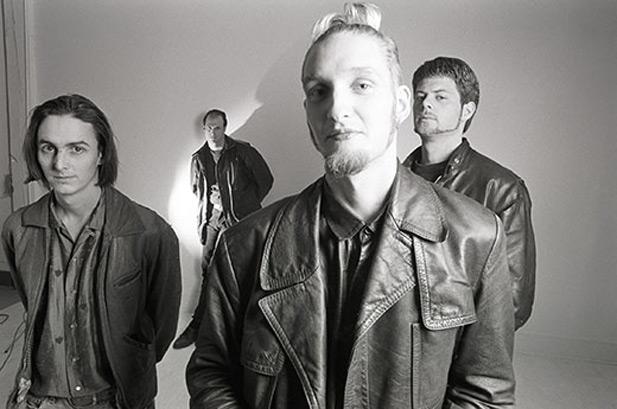 For lovers of all things flannel, it does not get much better than Mad Season. Formed in Seattle, Washington during the height of the Grunge movement, this legendary Rock supergroup was made up of Alice In Chains’ Layne Staley on vocals, Pearl Jam’s Mike McCready on guitar, Screaming Trees’ Barrett Martin on drums, and The Walkabouts’ John Baker Saunders, Jr. on bass. Mad Season began when McCready met Saunders in rehab after making the decision to get clean near the end of recording Pearl Jam’s 1994 album, Vitalogy. After completing rehab, he had Saunders join him in Seattle where he then recruited Martin. McCready felt their band was about more than music – for him there was an opportunity to play with someone else who was recently clean, and he thought that this could be a way that they could keep each other in check. For this reason, it was Staley who was tapped to be the lead vocalist of Mad Season. McCready believed that they all could benefit from this kind of environment and this sort of music making. Ironically, the name of the band is an English reference to the time of year when psilocybin mushrooms are in full bloom, which in hindsight should have given the group a little more insight as to where some of their passions still lay. The band broke up two years after forming because of Staley’s continued substance abuse along with the member’s conflicting schedules. Although they did try to reform in the late ’90s, the plan fell through after the overdose death of Saunders in 1999. Three years later, Staley himself followed suit with a drug overdose in his apartment.

Mad Season did produce one album in their short time together, titled Above, released March 14, 1995 by Columbia Records. The album itself climbed to #25 on the US Billboard 200 and the hit single “River of Deceit” made it to #2 on Mainstream Rock charts. Although the album has hit its twenty year anniversary, the passion and talent of the musicians keep Above a cut above the rest, still shining as brightly as it ever did. The ten song album is all at once blistering, melancholy, and desperate. It took just over a week to record the album at Seattle’s Bad Animals Studio, owned by Ann and Nancy Wilson of Heart. Above was co-produced by the band and Pearl Jam sound engineer Brett Eliason and was certified gold just three months after its release on June 14, 1995.

The combined sound and intensity of these musicians made them different from the type of Grunge band that was prevalent at that time. Their music was sprinkled with Blues and Jazz vibes, mostly due to Saunders’ strumming, which guides the mood of the entire album. With the first low hum of the bass, McCready’s guitar, and the light tapping of Barrett’s drums, the record starts off hauntingly. This mournful beginning is only amplified when Staley’s signature vocals kick in. “Wake up young man, it’s time to wake up. Your love affair has got to go,” he sings on “Wake Up,” presumably speaking about his relationship with heroin and his desire to come to terms with and walk away from his mind-bending addiction. There is also something uplifting about McCready’s inspiring guitar style, giving a stark contrast of hope against Staley’s gentle defeat. Staley wrote most of the lyrics on this album, and they are indeed characteristically self-aware on the album’s biggest hit and only single, “River Of Deceit,” when he sings, “My pain is self-chosen, at least I believe it to be.” The boys get some help from Screaming Trees vocalist Mark Lanegan on “Long Gone Day,” along with saxophonist Skerik, creating a track that is a beautiful and wistful remembrance of days that will never return. While Staley’s vocals are usually in the spotlight, a high point of the album is the instrumental “November Hotel.” It is a glorious, sprawling, seven minute jam that sounds more like a band that has played together for years rather than the first album from a side project.

In April of 2013, Legacy Recordings released an expanded deluxe edition of Above. On top of the original album, the set would offer a CD containing previously unreleased tracks from the band’s second album, a DVD, and CD of the band’s Live At The Moore performance on April 29, 1995 along with an unreleased full concert video of the band’s New Year’s Eve performance from the former Seattle club RKCNDY.

Even though the memory of the band is darkened by the deaths of both Saunders and Staley, the music they created will outlive them all on the turntables of both new and old fans alike. Mad Season happened for only a brief moment – a short spark that spawned some of the ’90s most memorable music from some of the time’s greatest musicians. The tragedy of knowing what was to come may cast a shadow over Above for listeners nowadays, but that brief, but bright, light shines through. Back on January 30, 2015, Mad Season reunited for the Seattle Symphony’s Sonic Evolution annual series where Chris Cornell (Soundgarden) filled in for Staley on vocals, and Duff McKagan (Guns n’ Roses)  filled in for Saunders on bass. A special event for everyone, fortunately fans will always have Above to get their fix of Mad Season. 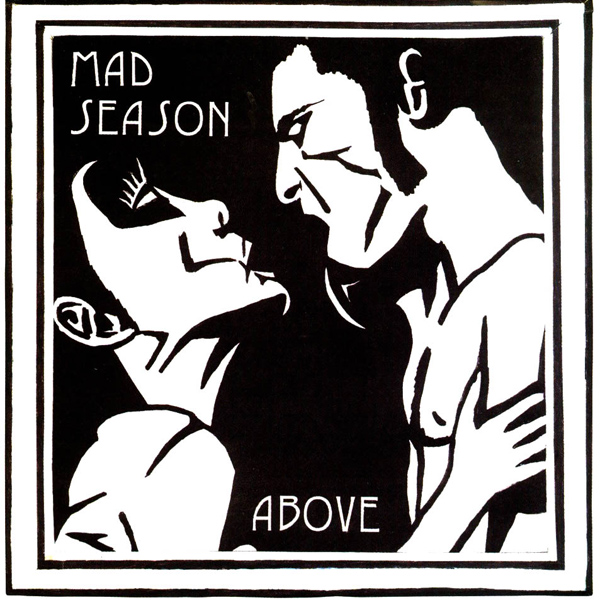