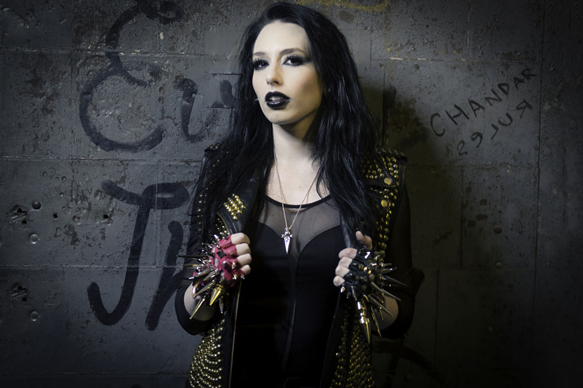 Hard Rock singer Madame Mayhem has built a resume that most artists dream of. The New York City born songwriter, pianist, and guitarist, in her own right, essentially is living the true Rock-n-Roll dream having graced some of the world’s most famous stages and played alongside some of the best musicians in the industry. She shines as she makes a name for herself by combining hard work along with dedication to her craft. Featured on Clear Channel’s iHeartRadio New Discovered and Uncovered Artist charts in 2011, she went on to open for Buckcherry’s Live Nation tour at the Sand’s Casino. From that moment on, her popularity continued as she started selling out shows all over the United States. Releasing her debut album, White Noise, in 2012, Madame Mayhem now has a cult-like fan base on her way to full blown Rock stardom. Initially showing her Pop Rock side, her 2015 follow-up, Now You Know, shows a more diverse musical style and has a more Hard Rock feel that will have many new fans interested.

For this effort, Madame Mayhem collaborated with a team of some of today’s most respected musicians, starting off with Bassist/Guitarist Billy Sheehan (Winery Dogs/Mr. Big), who not only played on the album, but also produced it. Then she worked with Guitarist Ron “Bumblefoot” Thal (formerly of Guns N’ Roses), Bassist Corey Lowery (Saint Ansonia/Stuck Mojo), Guitarist Russ “Satchel” Parrish (Steel Panther), and Drummer Ray Luzier (Korn/KXM).  In addition, Madame Mayhem co-wrote the fourteen track album with the aforementioned Sheehan and/or Lowery.

Starting things off with an in-your-face Rock song, “Monster,” Madame Mayhem showcases wide and vast vocal skills. Heavy guitars, thunderous bass, and a strong drum performance makes for a great accompaniment which allows the listener to truly get a feel for just how talented the band players are. Next, “Perfect Nightmare” has a Goth/Alternative dream-like feel with a unique musical arrangement that fits the realistic and lucid lyrics that Madame Mayhem sings strongly. Then, for all the Hard Rock fans, “Something Better (Now You Know)” will be a favorite because of its heavy driving guitar force that cannot be reckoned with. With powerful bass and drum keeping time, one cannot help but feel a bit of some Punk vibes at points in the song. Furthermore, Madame Mayhem’s vocals are full of vigor and she definitely does not leaving anything she feels on the plate.

Moving right along, “Left for Dead”is a Rock Ballad that truly allows for a breakdown of hearing every instrument shine, yet coming together in a haunting unison that will captivate any listener. Here, Madame Mayhem allows for a vulnerable performance that shows off a stunning side of her voice. In a more dominant and submissive themed “Witchcraft,” listeners will not be able to help but sing along to the chorus, even with a true darker musical feel that shows off a side of Madame Mayhem that is more playful in vocal style. Next, Headbangers will unit for the Heavy Rock “More than Misery” with its Punk vibe, fast pace of vocals, and instrument combination to become a favorite on the album.

Changing the pace, Folk Rock song “Better Days” proves Madame Mayhem is more than capable of taking on any vocal challenge and different genres that comes her way. The theme is also a positive one, claiming that better days are to come and not to give up, while the instrumental arrangement in the song is truly beautiful. For “After 2pm” and “Nothing to Lose,” she brings about her highly intense and confident vocals again while both songs showcase some very strong lyrical content and solid musical performances. In a Lacuna Coil sounding style, Madame Mayhem and company seem to take the opportunity to experiment with some Alternative and Progressive Rock, having her sing some haunting vocals with soaring ranges that are well placed throughout the song.

Late on the album, “Sacrifice” seems to be able to unite the important lyrical content Madame Mayhem wants to get across with an up-tempo Pop-Rock feel. Then, “Pain” is a true Acoustic Rock ballad that again proves how versatile Madame Mayhem is, as are as storytellers and musicians. Immediately following is the sing along track “Can’t Stand” with a catchy refrain and an echoing “Oooh Oooh Oooh.” In addition, it has a little spice added with an electro guitar. Concluding Now You Know is a sauntry and vulnerable Madame Mayhem singing “Anyone Who Had A Heart.” It has a Broadway, broken heart love song feel and she surprises the listener with another vocal performance that is unique.

Now You Know is an album that Madame Mayhem shows she is not only a highly capable vocalist, but also talented songwriter. It possesses music from a variety of genres, which all just seem to flow beautifully throughout the album. Having collaborated with Sheenan, Lowery, Luzier, Thal, and Parrish seems to have created the perfect recipe for any music fan to find some song on the album to connect with. CrypticRock gives Now You Know 4.5 out of 5 stars. 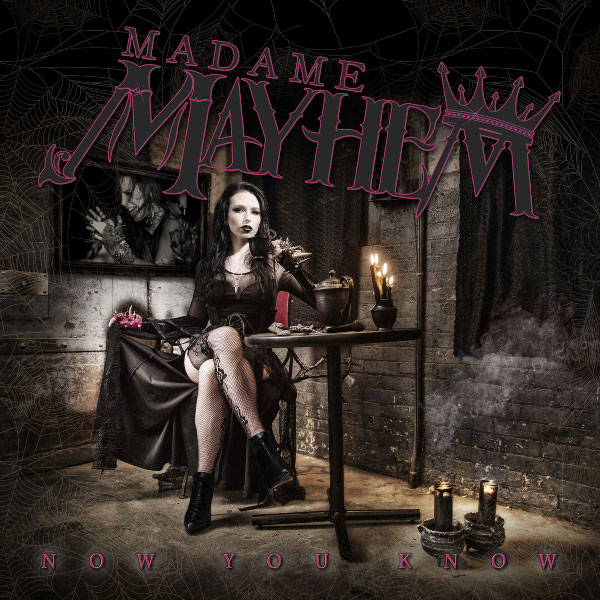