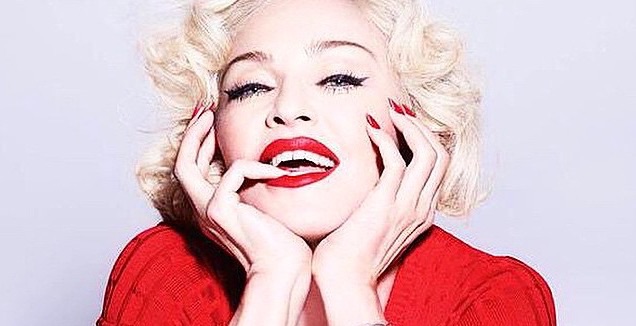 Often referred to as the Queen of Pop, Madonna has been one of the most influential entertainers over the past four decades. From her early days with the self-titled debut 1983 record; that yielded five chart topping singles, to her coming of age 1986 album True Blue, to countless image reinventions, she has managed to keep her music fresh. Appealing to a broad range of audiences with platinum records in each of the past three decades, the Pop icon returns with a brand new album in 2015, entitled Rebel Heart. Marking her thirteenth overall studio album, Rebel Heart was released on March 6th via Interscope Records and sees the musician collaborating with a long list of others including Nicki Minaj, Nas, Chance the Rapper, MNEK, Alicia Keys, and yes, former Heavyweight Champion, Mike Tyson.

Starting off with album leading single “Living For Love,” the catchy and thriving electronic Dance ballad provides the right rhythm for the listener to warm-up for the songs to follow on Rebel Heart. Somewhere between a confession, a cry for help, and instructions to never stop having a good time, “Devil Pray” continues the album that describes Madonna’s Rebel Heart.  It is a song about drugs and partying all night long, as well as where the behavior leads to. Musically it includes some traditional Indian melodies in the bridge and it might sound odd at first, but the audience will fall in love with this break of melody quite fast.

Slower, but not less deep, the story continues with second single, “Ghosttown,” a sweet and loving ballad about having someone’s back. It is a beautiful track with a strong chorus that is absolutely impressive, not only because of the arrangements, but because of the message. Picking up the pace again, “Unapologetic Bitch” drags the listener back onto the dance floor. Possessing strong Reggae elements that strongly affect the flow of the music, it give the listener some time to relax in between as well. Moving on to modern Pop and Hip Hop, “Illuminati“ presents an entirely new sound of Madonna. Compelling and inventive, the message of the song is a riddle that is for the listener to find out. Then there is the fast “Bitch I’m Madonna” with guest vocals from the aforementioned Nicki Minaj. The cut features a whilst verse and chorus which is super speedy with not only the melodies, but also the lyrics, making for an interesting combination. The lyrics solidify the message that this is a Madonna album, and that she can do whatever she wants. Meanwhile, “Hold Tight” is not as loud or aggressive as the previous song, with vocals and melodies which are much softer. Lyrically, Madonna returns to the concept about being devoted to one another again.

Taking a break from the electronic samples, “Joan of Arc” includes an acoustic guitar as main instrument as well as clean singing vocals, and no electronic voices. It is a beautiful Pop song that goes deep underneath the listener’s skin, and reminds of Madonna’s diversity. Having the sound of a live recording with the audience cheering in the beginning, “Iconic,” featuring Chance The Rapper and Mike Tyson, sets a stadium atmosphere before the electronic Dance Pop comes throbbing out of the speakers. Another inspirational song, the context of the story is to lead by example for everyone else to follow. The strokes of piano keys opens up “HeartBreakCity,” which is another sorrowful song on Rebel Heart. Held together by quite tough, honest lyrics that many can personally relate to, the song not only carries sadness and pain, but also hope and strength. Almost like a lullaby, “Body Shop” has an easy melody that will get stuck in the listener’s head. With tingling backing vocals and acoustic guitars, the track is a perfect blend of all the elements of today’s best Pop music.

Bringing the Hip Hop and Electronic feel, “Holy Water” picks up speed and explicit language again, talking about alcohol. As the rest of Rebel Heart, the rougher edges of Madonna’s sound is followed by another more mellow piece entitled “Inside Out.” Seductive and smooth, the song is equally catchy and makes for a great late album offering. Closing out the standard edition of Rebel Heart,“Wash All Over Me” is an anthem accompanied by piano as it begins then picks up with an empowering beat and choir for the choruses. Dark and introspective, the song features a mix of electronic effects on the vocals, but just enough natural tone that one can connect with every breath of Madonna as she confesses the words.

As for bonus tracks on the deluxe edition of the record,“Best Night“ talks about spending a special night with someone. This song includes Arabic melodies in the background of the choruses which adds an Eastern touch to the music. Then Nas honors Madonna in the intro of “Veni Vedi Vici” which basically is a short biography of her, wrapped up in less than five minutes. As Madonna raps through the verse, the chorus breaks down into singing with some nice acoustic guitar in front of an electronic beat making for an interesting song. The next bonus piece “S.E.X.” is self-described by the titled. Including heavy bass beats and moaning, the track is enough to make anyone hot under the collar. Bringing back more ambient piano, “Messiah” is another beautiful, soft, deep song that tells a beautiful tale. This comes before the final bonus, which is in fact the album title-track which has a Country guitar sound mixed with a light dance beat. The song wraps up Rebel Heart and ties in the stories that came before, making for a brilliant closing for an extremely interesting group of songs.

Rebel Heart is a Pop album that benefits greatly from all the highlighted collaborations. The music is made for the dance floor, including electronic elements and samples to create a groove. Most of the songs will echo in the audience’s head long after they listening. It is evident through the years Madonna is always experimenting with her music and constantly tries to reinvent herself. With Rebel Heart, she conquered yet again, and now it will be interesting to see what she will do next. Most importantly, the lyrical content of Rebel Heart should not be left out of the focus because they tell quite interesting stories that will stick much longer than the music or the album itself. CrypticRock gives the album 4 out of 5 stars. 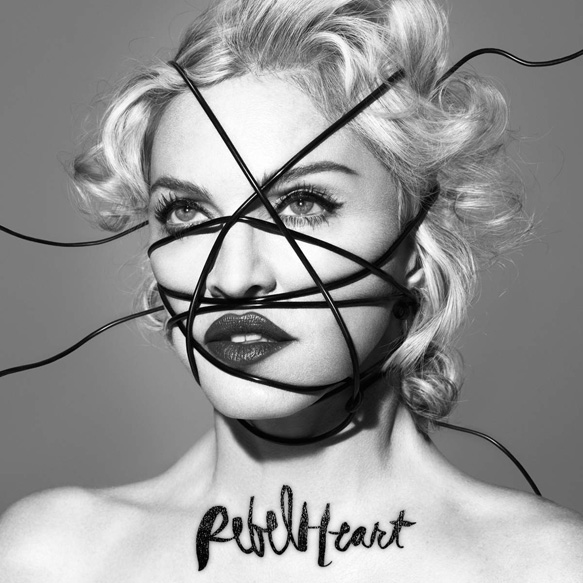