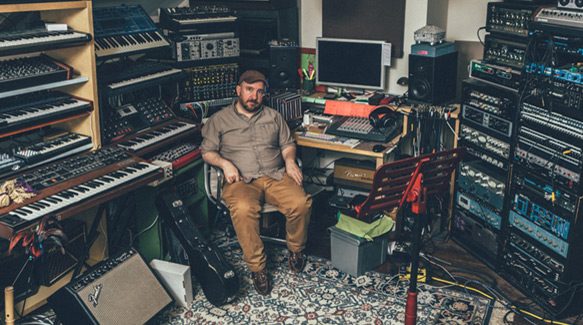 Who said that there are no more albums these days that are well-conceived and well laid out? Anyone who claims this is simply drowning in self-inflicted willful ignorance and is guilty of careless disregard for the prolific musical geniuses of Indie/Alternative Pop music such as Mike Scott, Neil Hannon, Stuart Murdoch, Sufjan Stevens, Ezra Furman, and Stephin Merritt.

Serving as the creative and music vehicle of founding member, vocalist, and multi-instrumentalist genius Merritt, The Magnetic Fields has been in existence since 1989, unleashing their first single in 1991, and then releasing subsequent albums in a relatively regular basis.

Through time, the American band’s music has become a favorite of Indie Pop enthusiasts, for its having navigated within various interrelated styles of Pop and New Wave. To date, The Magnetic Fields has eleven studio albums on Merritt’s sleeves – from the female-sung, Baroque/Chamber Pop-oriented Distant Plastic Trees of 1991; the lavishly orchestrated, three-volume concept album 69 Love Songs of 1999; the Indie Folk-styled Love at the Bottom of the Sea of 2012; to the equally ambitious and diverse, newly released five-part boxset, 50 Song Memoir.

Slated for released on March 3, 2017, The Magnetic Fields’ latest offering finds Merritt attempting to equal, if not surpass, his previous chefs-d’oeuvre, and succeeding in it. As the title suggests, the band’s eleventh album is comprised by 50 songs, chronicling the first 50 years of Merritt. Part 1 begins with the simple ukulele song “Wonder Where I’m From” and then slowly builds up to textures and layers of various sounds, as highlighted by the liberally orchestrated “Come Back as a Cockroach,” “Judy Garland,” and “I Think I’ll Make Another World,” which may recall similarly complex, yet melodic songs by the likes of Belle & Sebastian (“I Didn’t See It Coming”), The Divine Comedy (“Tonight We Fly”), and Sufjan Stevens (“Death with Dignity”).

Part 2 opens with the upbeat, shimmery sheen of “Hustle;” followed by the dirge trip of “Life Ain’t All Bad,” in which Merritt was seemingly drawing inspiration from the doomy baritone vocal styling of Joy Division’s Ian Curtis, Dead Can Dance’s Brendan Perry, Swans’ Michael Gira, and Crash Test Dummies’ Brad Roberts; and then underlined by the Synthpop excursions of “How to Play the Synthesizer” and “Foxx and I.”

Part 3 has a more distinct character – from the Cirque Pop of “At the Pyramid,” “Ethan Frome,” and “The 1989 Musical Marching Zoo,” which has Syd Barrett tendencies; to the hypnotic sonic elements of “A Serious Mistake.” Then there is the slow ballad direction of Part 4, the standout tracks of which include “I’m Sad,” “Lovers’ Lie,” “Ghosts of the Marathon Dancers,” and “Have You Seen It in the Snow?”

Finally, the last part of the challenging, yet engaging 50 Song Memoir features the lyrical beauty of the harpsichord-led “In the Snow White Cottages,” the jangly Guitar Folk Pop “20,000 Leagues Under the Sea,” and the whimsical “I Wish I Had Pictures.”

Merritt and the rest of his backing ensemble that comprised the current The Magnetic Fields have definitely elevated the standards of Pop music in their latest, sonically heavyweight masterstroke. It belongs there in the league of fellow elaborately and ornately crafted concept albums such as The Spent Poets’ eponymous release, The Divine Comedy’s 1994 album Promenade, The Boo Radleys 1995 album Wake Up!, and Sufjan Stevens’ 2005 album Come On, Feel the Illinoise. CrypticRock gives 50 Song Memoir 5 out of 5 stars. 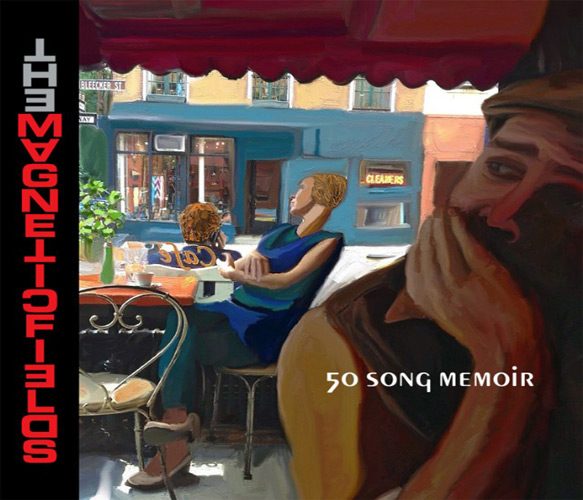