Magnum – Lost on the Road to Eternity (Album Review) 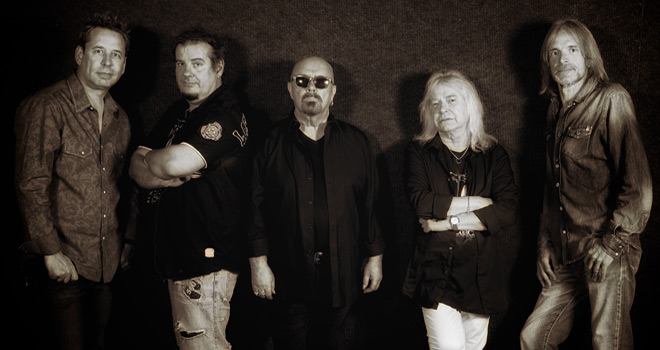 Black Country heroes Magnum are set to return with their 20th studio album since the band’s inception back in 1972 this Friday, January 19, 2018, with Lost on the Road to Eternity. Initially formed at the Rum Runner Club in Birmingham, UK, they hit new heights in the ’80s with their albums On a Storyteller’s Night (1985), Vigilante (1986), and Wings of Heaven (1988). Unfortunately, the age of Grunge saw their popularity plunge, thus leading Magnum to take a break between the years of 1995 and 2001.

Having undergone several lineup changes prior to returning in 2001, Magnum’s team has been fairly steady over recent years. With a core of Tony Clarkin (guitars/songwriter) and Bob Catley (vocals), Magnum still remains as strong as ever. All these years later, Catley continues to wave his arms expressively throughout every track, while Bassist Al Barrow, despite his move to Tennessee, still remains and has a real connection with the army of fans. Magnum are a force to be reckoned with!

Then there is Keyboardist Mark Stanway, who had been in the band since 1980 and whose playing characterized so many songs, who suddenly left mid-tour towards the end of 2016. Fortunately, his duties were covered by the talented Rick Benton who had been playing alongside Rebecca Downes, a Blues artist who worked with Magnum’s Tour Manager/Producer Mark ‘Mad Hat’ Stuart. Benton’s place in the band became permanent in January 2017, but he was not the last change to take place. Due to conflicting schedules with touring, Drummer Harry James was forced to make a choice and after consideration decided to focus on his roles in Thunder and Snakecharmer. Lee Morris, previously of Marshall Law and Paradise Lost, was recruited to fill the empty drum stool.

Complete with their strong team, Lost on the Road to Eternity was recorded at Robannas Studio. Set for release on Steamhammer/SPV, the stunning album cover once again features long-time collaborator Rodney Matthews’ artwork. Following after 2016’s Sacred Blood “Divine” Lies, which was the highest charting Magnum album since 1992’s Sleepwalking and 2017’s compilation The Valley of Tears – The Ballads,  Lost on the Road to Eternity confirms this band still have a lot to offer musically.

Featuring eleven new tracks with additional arrangements by the world’s largest orchestra, The Wolf Kerschek Orchestra, as well as Lee Small on backing vocals, and a vocal guest spot by Tobias Sammet (Edguy/Avantasia) – as thanks for Catley’s contributions to Avantasia albums over the years – this album is packed with treats. Opening with “Peaches and Cream,” blustery and lively, with catchy rhythms, it is destined to get audiences clapping along when played live.

With the next track, “Show Me Your Hands,” we get more of a taste of how Benton will fit into the band; much as Stanway will be missed by fans, the new keyboards work well with Clarkin’s melody. It is a positive affirmation of society, of live shows and loyal fans. Taking a gentler stance, “Storm Baby” is a classic Magnum ballad, tinged with melancholy and powered by colossal riffs and bass-lines. That in mind, its tenderness reaches into the listener’s heart and finds a space to fill; ballads are something the band are masters at.

Thereafter, the longest of the tracks, “Welcome To The Cosmic Cabaret,” is an epic Prog-Rock offering. Portraying a fascinating story that entices you to listen and captures you within its coolness, there is an instrumental break that oozes ’80s synths and a solid drum beat that drives the song; it winds through different segments like a river meandering through different landscapes until it vanishes into the sea.

Beginning with a tremendous instrumental intro that is as uplifting as a Julie Andrews’ musical, the title-track “Lost on the Road to Eternity” features Tobias Sammet from Avantasia/Edguy. Giving the song a different edge, Sammet’s vocal style is very different to Catley, and they complement each other well. It has some delightful elements; the song would fit well on the Wings of Heaven album stylistically because it has the same arena presence and boldness. Moving along, a drumming intro announces the start of the first single, “Without Love,” while showcasing Morris’ lovely style. With an easiness to his playing, the rhythm is relentless and compelling but the guitar work steals the show towards the end of the song.

Every inch a classic, “Tell Me What You’ve Got to Say” blends everything that is traditional Magnum-style and binds it together in a rhythmic masterclass. Then, featuring some delicious gang backing vocals, “Ya Wanna Be Someone” has guest Vocalist Lee Small. Joining Bob Catley and Al Barrow, it gives the song a triumphant feel while the mocking lyrics deride those who believe they are more important than anyone else. This is before “Forbidden Masquerade,” which starts slow and then blows you away. Delivering some solid punches, the track lulls you into a sense of security and then hits you again before reaching a spiritual end.

Showing they can get serious when they want to, “Glory to Ashes” visits one of the band’s favorite topics: war and social injustice. It has a militaristic beat underlying a desperate groove, making for a very moving track with delicate flourishes. Finally, bringing the album to a glorious end, “King of the World” has a bluesy guitar, poignant drumming, and fantastic descriptive lyrics. The second longest of Lost on the Road to Eternity, it could be seen as a religious song, but it has an ambiguity that stops it being pious; a pleasing conclusion to a special album.

Magnum epitomise British Prog Rock. Their songs are beautifully-crafted stories, and their enthusiasm and energy have not waned throughout the years. Catley and Clarkin certainly do not sound their ages, with Catley’s voice still clear and powerful as he hits every note. Clarkin’s songwriting is in top form too as he shows no sign of slowing down or running out of ideas. While there are remnants of past decades of music, the 70’s or 80’s especially, echoing throughout the music, these tracks are not stuck in a time warp; instead they have a current and vital style that fits them right into today. If you have not tasted the glory of Magnum yet, firstly, where have you been? Secondly, this is not a bad start to discovering the band! For these reasons, CrypticRock gives Lost on the Road to Eternity 5 out of 5 stars. 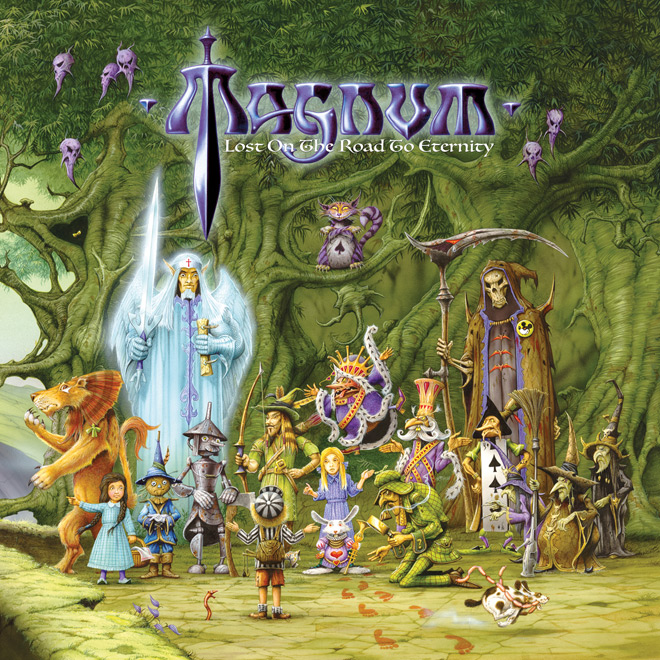 Purchase Lost on the Road to Eternity: