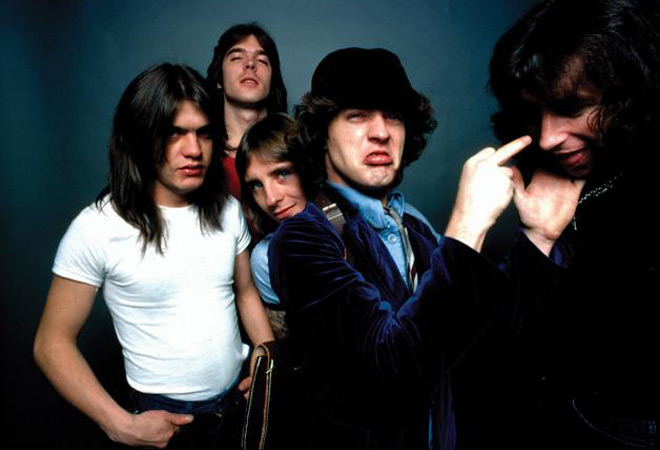 Malcolm Young and his younger brother Angus were the co-founders and driving force behind one of the world’s greatest Hard Rock bands, AC/DC. The brothers shared a very special bond, with Angus as the lead guitarist, as well as songwriter, and Malcolm as the rhythm guitarist and backing vocalist. Together they remained the central power source of the powerful, top-selling, multi-platinum Rock band throughout four decades, until, tragically on November 18, 2017 Malcolm Young died of complications from dementia. He was 64 years old.

Young is survived by his wife O’Linda, daughter Cara and son Ross, son-in-law Josh, three grandchildren, a sister, as well as his beloved brother Angus. His passing was announced through a family statement posted on AC/DC’s  website. It said, “It is with deepest sorrow that we inform you of the death of Malcolm Young, beloved husband, father, grandfather, and brother. Malcolm had been suffering from dementia for several years and passed away peacefully with his family by his bedside.”

Recognized as a masterful rhythm guitarist with notoriously inventive riffs, Malcolm Young was among the best of his craft and is largely credited with AC/DC’s unique sound and international success. To date, AC/DC has sold over 200 million albums worldwide, with approximately 71 million in the U.S. alone. Their seminal album Back in Black has sold 22 million copies in the U.S. and 50 million worldwide, making it the second highest-selling album in music history. With such hit songs as “It’s A Long Way To The Top,” “You Shook Me All Night Long,” “Back In Black,” “Thunderstruck,” “Highway To Hell,” and “Dirty Deeds Done Dirt Cheap,” Malcolm Young leaves behind an enormous legacy with songs that will live on forever. 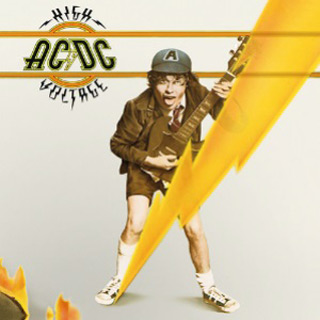 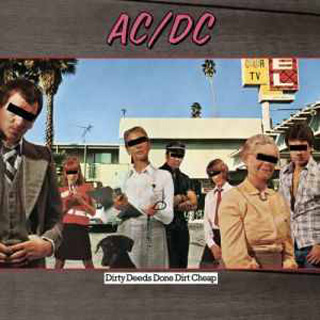 Born in Glasgow, Scotland, the Young family moved to Sydney, Australia in 1963. Growing up, Malcolm was influenced by ’50s Rock, as well as the phenomenally talented likes of Eric Clapton, Jimi Hendrix, Santana, and Stevie Wonder. He developed a guitar technique of playing open chords through a series of Marshall amplifiers set to low volume with little or no gain.

This apparently contradicted a common belief that the rhythm guitar should be played loud with overdriven power chords. Malcolm’s inventive rhythms and riffs formed the backbone of the AC/DC sound. He also made the important business decisions about the band, their managers, and producers. His brother Angus, who earned his own reputation as a virtuoso lead guitar player, became the most recognizable member of the group by wearing a school uniform on stage.

Malcolm and Angus’ first taste of Rock stardom came courtesy of their brother George, who found international fame with his band The Easybeats and the song “Friday on My Mind,” released in 1966. On his musical roots, Malcolm explained: “All the males in our family played. Stevie, the oldest, played accordion. Alex and John were the first to play guitar, and being older, it was sort of passed down to George, then myself, then Angus.”

Malcolm was 20-years-old when he and younger brother Angus formed AC/DC in 1973. After seeing the letters “AC/DC” on the back of their sister Margaret’s sewing machine, they decided to make it their name. Angus was on lead guitar, Malcolm on rhythm guitar, Colin Burgess on drums, Larry Van Kriedt on bass guitar, and Dave Evans on vocals. They released their first single, “Can I Sit Next To You Girl,” which was later re-recorded with Bon Scott as their vocalist. Scott, another Scottish immigrant that relocated to Australia, replaced Evans the following year. “With Bon, that’s when the band became a band,” Malcolm stated. “We had a real character with his own style and his own idea for lyrics.”

Several more lineup changes would take place before the band released their first album: in 1974, Rob Bailey became the bass player, and then Paul Matter and Bruce Howe. Mark Evans then took the position from 1975 to 1977. In 1975, AC/DC released their debut studio album, High Voltage, which was produced by brother George and his Easybeats’ songwriting partner, Harry Vanda. In 1976, the band signed an international deal with Atlantic Records.

In 1979, the band’s album Highway to Hell came crashing into the Rock world with the growling and howling of Lead Singer Scott. Although tragedy struck when Scott died from alcohol poisoning the following year. The band returned with their next album, Back In Black, in 1980, a tribute to Scott, featuring a new lead vocalist, Brian Johnson. The songs “Hells Bells,” “You Shook Me All Night Long,” and the title song were instant Rock anthems and sold more than 50 million copies, becoming the second best-selling album in history. For Those About to Rock We Salute You, released in 1981, became another huge success for the group and gave AC/DC their first US chart-topper. 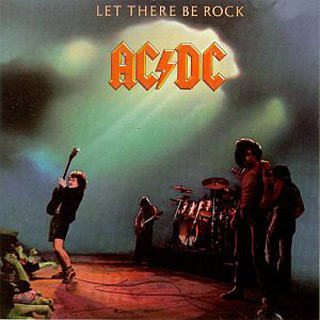 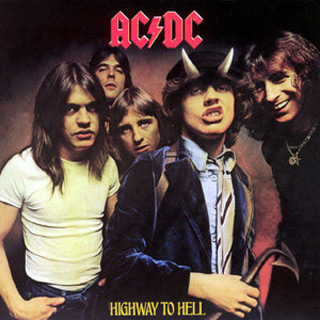 After their albums with producer Robert John “Mutt” Lange, Malcolm led the decision to take a simpler approach with 1983’s Flick of the Switch and 1985’s Fly on the Wall. On Who Made Who, the soundtrack to 1986 Stephen King’s film Maximum Overdrive, the brothers mixed old and new material and put the band back on the charts. Their next album, 1988’s Blow Up Your Video, sold one million copies in the U.S.

Seeming as if all was going well, as the band was preparing for the Blow Up Your Video tour, Malcolm announced he needed a break to deal with an alcohol problem. “It caught right up to me and I lost the plot,” he publicly admitted. He followed the urging of his brother Angus, who did not want Malcolm to share the same fate as Bon Scott, and successfully sobered up. During that time, his slot on the tour was filled by his nephew, Stevie Young, the son of their oldest brother, Stephen.

Featuring their first new material in five years, AC/DC released Ballbreaker in 1995. Five more years later, they released Stiff Upper Lip in 2000. In 2003, AC/DC was inducted into the Rock and Roll Hall of Fame. In 2004, Megadeth’s Dave Mustaine stated that he considered himself, Malcolm Young, and James Hetfield of Metallica to be the best rhythm guitarists in the world. 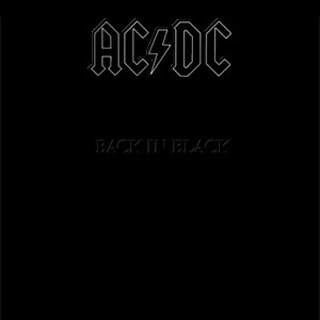 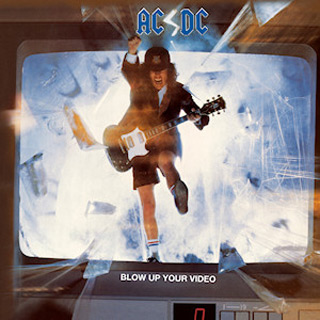 While their new material slowed in production, their back catalogue still turned big profits and re-releases were in-the-making. In 1997, they released the five-disc set Bonfire, featuring studio and live material. In 2002, they signed with Sony Music, which reissued expanded versions of their past albums. Plug Me, in 2007, was a multi-DVD package of rare live footage. The band also licensed tracks for the Rock Band computer game.

Following years of dedication to Rock, in April 2014, AC/DC’s website announced: “Malcolm Young is taking a break from the band due to ill health.” Singer Brian Johnson clarified that AC/DC was not retiring, though, sadly, in September 2014, the band’s management announced that Young would not be rejoining the band. Two days later, The Sydney Morning Herald reported that Young had dementia and had been admitted to a nursing home where he could receive full-time care. Four days later, Young’s family confirmed the story.

In interviews following the announcement, Angus stated that his brother had been experiencing lapses in memory and concentration. He added, “Look, even with his health, Malcolm was touring until he couldn’t do it anymore.” Angus also stated that Malcolm was rehearsing AC/DC’s songs repeatedly before every concert just to remember how they went.

In November 2014, AC/DC released their sixteenth studio album in Australia and their fifteenth internationally, Rock or Bust. It is the shortest album ever released by the band at approximately 35 minutes in its entirety. Rock or Bust was the group’s first album without Malcolm Young, although he co-wrote every track. Malcolm’s nephew, Stevie Young, continued to fill-in for Malcolm and on the band’s 2015 Rock or Bust World Tour. 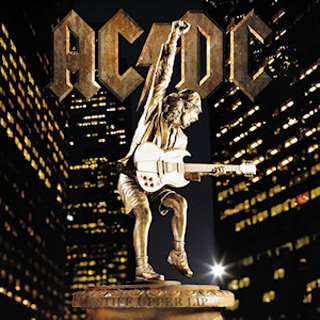 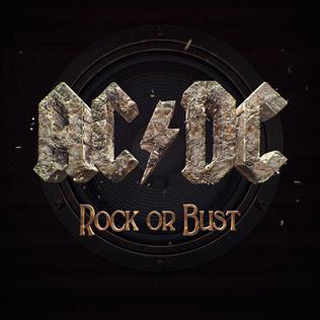 Throughout his life, Malcolm previously battled and beat other health issues. At the end of their Black Ice World Tour, Malcolm was diagnosed with lung cancer. It was treated early and the cancer was successfully removed. He also had an unspecified heart problem and wore a pacemaker. Although, his final diagnosis of dementia would have a graver outcome. A somber moment in the Rock community, Young passed on November 18th, 2017 at the age of 64, at Lulworth House in Elizabeth Bay. His elder brother, George Young, tragically died just a few weeks before him.

Young’s funeral was held at St. Mary’s Cathedral in Sydney, Australia, on November 28th. Rock royalty was in attendance, including former members of the band Brian Johnson, Phil Rudd, Mark Evans, and Cliff Williams. Malcolm’s Gretsch guitar, known as “The Beast,” was placed upon his coffin during the service.

The family included a written statement in the service program thanking everybody for all of their love, support, and overwhelming outpouring of kindness. They asked that we “remember Malcolm as a man who was generous and had immense talent. His enormous legacy to his family and the music industry worldwide will never be forgotten.” As guests were leaving the cathedral, a pipe band performed a medley of songs including AC/DC’s classic “It’s A Long Way To The Top (If You Wanna Rock’n’Roll).”

Through ups and downs, personal struggles as well health issues, Malcolm helped build one the quintessential Rock band in AC/DC. Always an intricate part of the band’s journey, Malcolm’s songwriting and presence on stage are forever imprinted in the heart and souls of all fans. In enough words, there will never be another Malcolm Young and he will remain one of Rock-n-Roll’s icon figures for all-time. 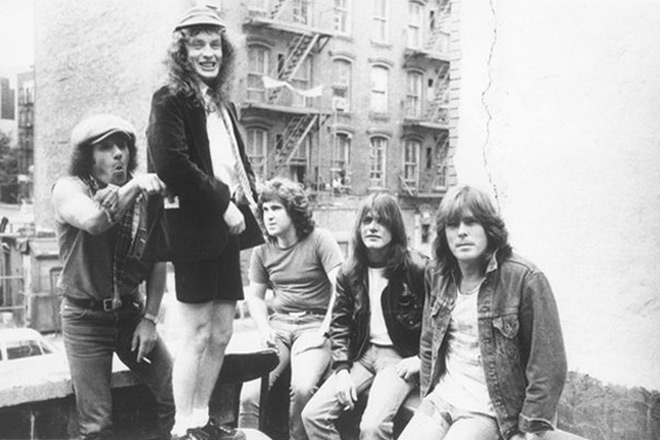