Angelina Jolie is quite often talked about for her personal life rather than her movies, however, after the release of her latest Disney movie Maleficent, that will all change. In fact, the name of the movie should possibly be changed to magnificent in keeping with the excellence that is this movie. Making his directorial debut, Robert Stromberg (Avatar 2009, Alice in Wonderland 2010) teamed up with veteran screenplay writer Linda Woolverton (Beauty and the Beast 1991, The Lion King 1994) to put together this new take on the classic fairy-tale villain. 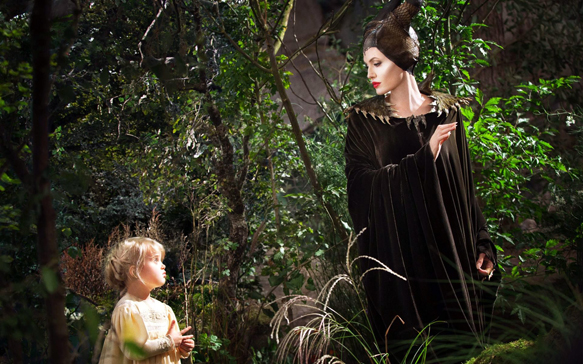 Narrated by an elderly woman, who is revealed at the end of the movie, and is based on the stories of Sleeping Beauty, La Belle au bois dormant by Charles Perrault, and Little Briar Rose by The Brothers Grimm, Maleficent (Angelina Jolie- Changeling 2008, Salt 2010) begins by introducing the viewer to a lovely, bright, and cheerful fairy named Maleficent. She lives in a magical world called the Moors with many incredible and mystical creatures, and as she grows becomes the ruler of this great land. She has grand and mighty wings that she uses to soar to great heights, including her favourite of basking high into the sun. Not far from this land, is the human world, and there is great discord among the two worlds, though it is foretold that one day, someone who will be both a great hero and a great villain will bring both the worlds together.

One day she meets a young thief who has entered their realm and stolen a precious seed. Maleficent greets the boy Stefan and requests he gives it back, which he does. They begin an unusual friendship that gradually fades as the boy gets older. The King of the human world, King Henry (Kenneth Cranham- Valkyrie, The Legend of Hercules 2014) wishes to also rule the Moors and is frightened of Maleficent’s powers and attacks the Moors. He does not succeed and his hatred and fear of Maleficent grows. The boy, Stefan, now a man (Sharlto Copley- The A Team 2010, Open Grave 2013), wishes to have great power and the only way he can get it, is by killing the fairy that was once his friend. He cannot do it, and instead he brutally cuts off her wings, sparking a chain of events that will change both their lives and personalities dramatically, with no hope of return. 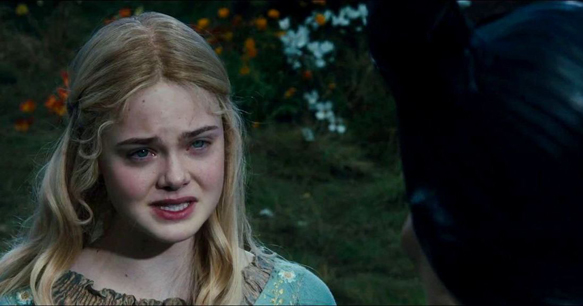 Stefan then becomes King, and fearful of Maleficent creates a barrier between the worlds. When Maleficent hears that he has had a daughter, Aurora (Elle Fanning- Super 8 2011, The Curve of Forgotten Things 2011), she comes to the christening and curses the child. The famous curse, on her 16th birthday, she will prick her finger on a spindle and will sleep the sleep of the dead until woken only by true love’s kiss.

Following the onset of the curse, King Stephan sends his daughter reluctantly off with three good fairies; Knotgrass (Imelda Staunton- Alice in Wonderland 2010, Harry Potter 2010), Thistlewit (Juno Temple- The Three Musketeers 2011, The Dark Knight Rises 2012), and Flittle (Lesley Manville- Romeo & Juliet 2013, Spike Island 2013), who have taken on the responsibility of raising Aurora and are to return her one day after her birthday. The fairies are quite inept at looking after a baby, let alone themselves, and provide quite a few hilarious moments.

Maleficent rescues a raven named Diaval (Sam Riley- On the Road 2012, Byzantium 2012) from being beaten to death by humans and turns him into a human to assist her in her ruling of the Moors and her quest to exact her revenge. He accompanies her everywhere, and acts as her eyes and ears in the human world. Maleficent has great power and will not stop until she avenges her land and gets her wings back, which scares Diaval but he also grows to care about Maleficent and Aurora alike. 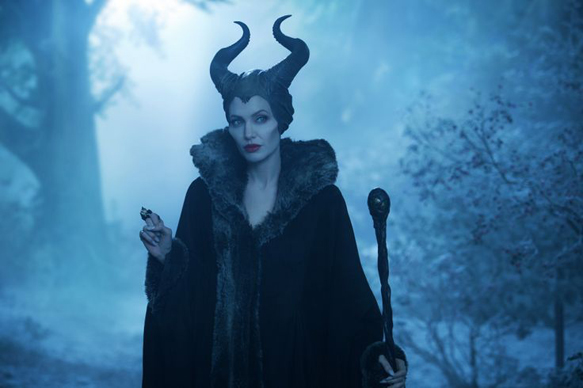 Maleficent begins to follow and watch Aurora as she grows up, and is inadvertently responsible for keeping her alive. Rather than hating the child, Maleficent grows to love and care for her very deeply and Aurora believes her to be her Fairy Godmother, which Maleficent initially does not refute.  Despite trying to be an evil beast, it is evident that Maleficent cannot quite remove all hope and faith from her soul. Inevitably the curse is played out and Aurora is thrust into a deep dark sleep. With the appearance of a young Prince Phillip from a far away land, perhaps all hope is not lost, but is he really her true love?  The curse leads to some very unexpected twists and turns which turn this movie from being a retelling of an old fairy tale, to a new perspective of an old idea, creating an innovative look at the whole story.

The cinematography by Australian Dean Semler, who has had a long extensive film career, is incredible and absolutely outstanding. You get completely drawn into both worlds, and the detail on the other worldly creatures is truly amazing. You can see very little nuance and detail of each world, and while there is a great darkness surrounding the movie for the most part, the true beauty comes from such an unexpected place that you leave the film feeling a sense of wonder and awe and a renewed sense of hope. 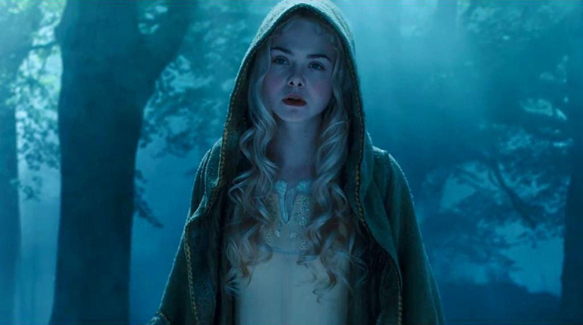 The character of Maleficent was made for Angelina Jolie, and she morphs seamlessly into a winged fairy who shows hurt, pain, love and joy with great passion and depth. When Aurora is a young child, she is played by Angelina’s real life daughter Vivian, who reportedly is the only one not scared of Jolie while she was in full costume, and it is quite a lovely moment. The rest of the cast does just as good a job as Jolie, and has helped created a new cult masterpiece for the young and old.

Maleficent is a must see for the whole family, though there are some scenes that may scare young children, there is much more for their excitement and joy. This is one of the best films Disney has released in years, and they have released some good films. Fans of all genres will love this film and it is one for the ages, and will be watched over and over again.  CrypticRock gives this movie 5 out of 5. 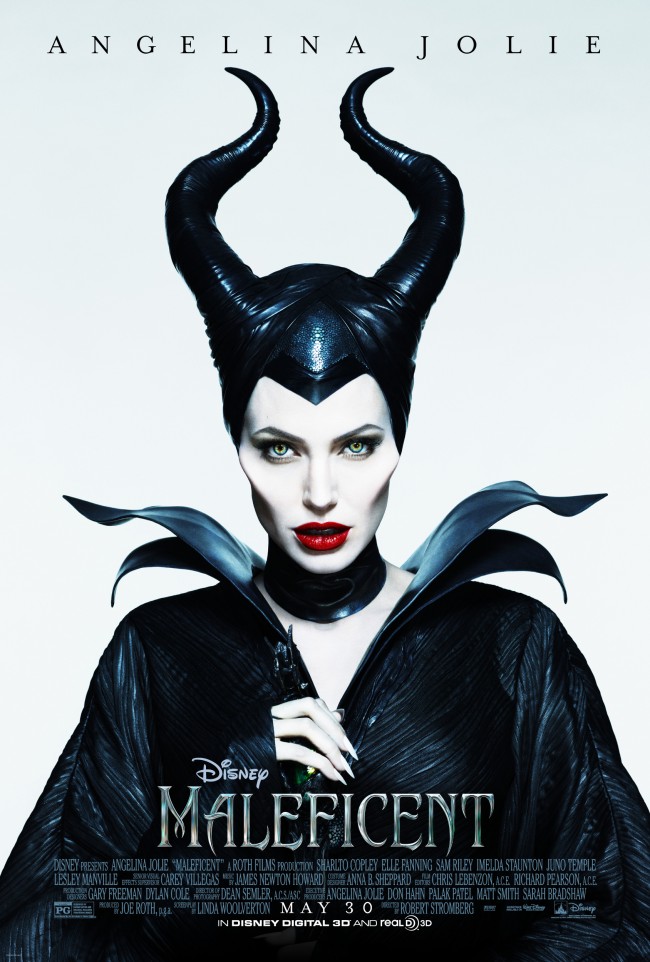