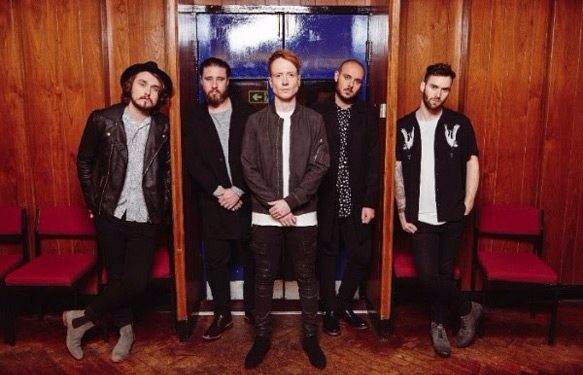 Initially coming together back in September 2009, Mallory Knox’s 2013 debut album, Signals, would go on to reach #33 on the UK albums chart. Its follow-up, 2014’s Asymmetry, would go on to top its predecessor and hit #16 on the UK albums chart. This success has afforded the young band the opportunity to tour around the globe, sharing stages with the likes of A Day To Remember, Pierce The Veil, Every Time I Die, Sleeping With Sirens, Biffy Clyro, Set It Off, and The Story So Far, just to name a few. They have played the main stages at some of England’s largest music festivals, including Reading and Leeds Festival, Download Festival, Slam Dunk Festival, as well as BBC Radio 1’s Big Weekend. Here in the United States, Mallory Knox toured as a part of the 2015 Warped Tour, and for random trivia buffs, it is interesting to note the band has even been endorsed by Rockstar Energy drink.

With their third album, Wired, their first via RCA Records, Mallory Knox are set to launch an unpredictable Rock vibe that leads listeners to great heights throughout its eleven songs. Wired might be a new direction for these British Rockers, but according to a recent interview with Rock Sound, Douglas wishes “…to prove that Mallory Knox are more than just nice guys.”

As a collection, Wired breaks free of any constraints the band may have previously encountered with their success, learning from the great teacher of experience and shedding all self-doubt. No longer seeking to bask in their heroes’ shadows, Mallory Knox have evolved with a truly raw, lyrically-charged new album. The soul-baring, truth-telling begins with “Giving It Up,” showcasing soaring vocals from Chapman as a counterpunch to the subtle drum introduction by Rawling. Rich sonics with great production, this is an edgy, cool sound.

Rocking in with a summery, Warped Tour vibe, “California” is reminiscent of early Less Than Jake. A chorus of vocals is perfectly enhanced by the guitar riffs artfully laid down by Savin and Gillett in this Punk-influenced Rocker. The title track, “Wired,” is edgy and raw. In fact, the band have stated that this album was soul-baring, an experience in kicking away all boundaries and creating Modern Rock for a new generation.

An echo of a love is intertwined lyrically with some stellar imagery in the melodic “For You,” which possesses a slightly different energy from the previous tracks. “Midnight” also has a unique vibe and sounds like it could be something from the Fueled By Ramen mini-giant Panic! At the Disco. Serious vocal skills coupled with a driving bass and drum, this is a road trip by moonlight for the ears and a Rock lover’s delight.

The beautiful thing on Wired are the transitions from song to song. “Better Off Without You” is a classic with soaring guitar solos and rising bass and drums, while “Falling In Love” keeps kicking up the adrenaline with thumping bass along with call and response vocals. The quintet hit a special groove with “Lucky Me,” where all elements come together to form perfection; Chapman’s lead vocals are at their height, while Douglas’ backing vocals complete the layering beautifully.

While “Saviour” is hard-hitting Rock, it might still be a little cliché, lyrically. Musically, it is solid with gritty vocals that help the sonics find some edge. Then, “Come Back Around” has solid instrumentation. That in mind, it is the first really noticeable use of the two guitars on the album, which could be a result of the mixing or simply a missed songwriting/composing opportunity. Coming to an epic close, “Mother” brings the album to a close in a soul-baring tribute that provides cohesion.

While some of the songs on Wired feel a bit out-of-place, this ties it all together with a sense of belonging; each song is a piece of a fragmented puzzle that fits exceptionally well when put together as a whole. A thematic, psychological conflict is the backbone of the album, according to Mallory Knox. For a wonderful Rock record full of lyrical and sonic maturity, CrypticRock gives Mallory Knox’s Wired 4.5 of 5 stars. 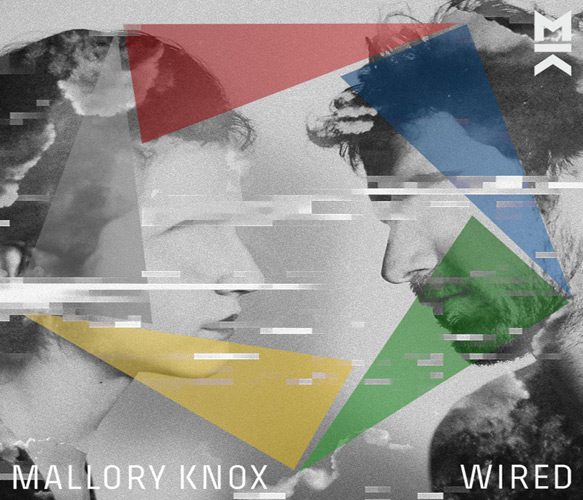