The Man in the Silo (Movie Review)

For a film clocking in at under an hour long, The Man in the Silo has spent a long time behind the scenes. Trailers and online articles were spread as early as 2013, with IndieWire.com citing its development as 2012, though ScreenMag.tv reported November 2009 as a scheduled shooting date in February of that year. Additionally, the end credits list copyright as early as 2008, and a trivia post on IMDB claims Doug Jones (Hellboy 2004, John Dies at The End 2012) took a vocal role instead of appearing in person due to the schedule conflicting with his work on Guillermo Del Toro’s Pan’s Labyrinth in 2006. ScreenMag suggested this might be due to Producer Steve Ordower (A Series of Small Things 2005. Gospel’s Jubilee Showcase 2013) being new to narrative filmmaking compared to his work in Documentaries via his production company Rhythm & Light, but whether this is the case or not is another matter. 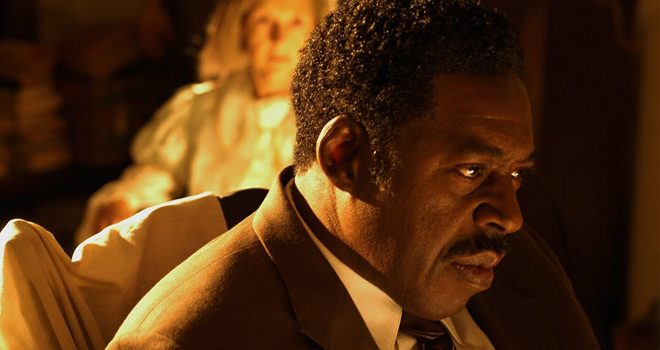 Nonetheless, Ordower had help from regular collaborators Phil Donlon (Wrestled 2003, A Series of Small Things), Writers Daniel Yelovich and Charles Plath (Kinyarwanda 2011), and Writer and Playwright Christopher E. Ellis (The Fatal Gift of Beauty 2007. The Broken Museum 2007), who helped write, adapt, and put this film together with the use of Steadicam, dolly shots, and some nice visual effects.

It tells the tale of Marcus Wells (Ernie Hudson: Ghostbusters 1984, The Crow 1994), a businessman who finds himself within an old grain silo near a farmhouse, and struggles to remember how he ended up there, rediscovering some old, buried secrets along the way. The film paid off for them in getting an award at the Texas Black Film Festival, and appearing at the Langston Hughes Film Festival and Black Harvest Film Festival, but is it for more people than the arthouse crowd?

Recently available on Amazon Prime and Google Play as of April 2017 via Indie Rights, The Man in the Silo cites itself as a neo-noir dramatic Thriller, aiming for Alfred Hitchcock with its use of Bernard Hermann’s score for 1958’s Vertigo throughout the film, though it is a fresh performance done by Joel McNeely and the Royal Scottish National Orchestra instead of reusing the original tracks. Another example of refreshing an older look is through the visuals done by Rhythm and Hues. The daytime scenes are done in a cool white, blue, and grey palette that makes everything look cold and sterile – where even attempts at warm sympathy by Wells’ bosses Kevin (William Zabka: The Karate Kid 1984, Back to School 1986) and Randy (Ron Gilbert: The Usual Suspects 1995, Jack Squared 2013) fail. In addition, Dian Bachar (Orgazmo 1997, BASEketball 1998) appear as frosty as his co-workers’ glares portraying David. 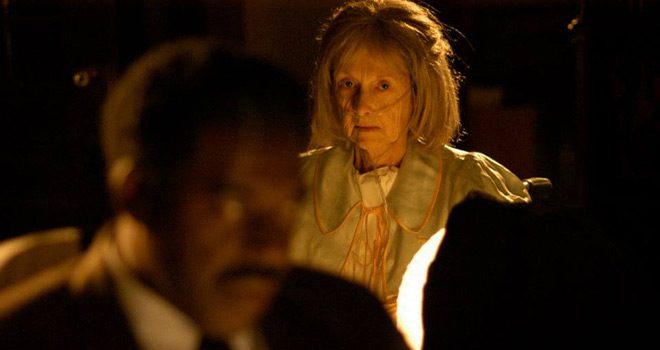 Then they take on a sepia tone during the night scenes at home. The Man in the Silo’s setting could be any time in the last 30 years as there is little on show to date it, but once Wells reaches home it is like he has stepped into the ’50s or earlier- right into Hitchcock’s era. This aged atmosphere is helped by the panning shots of dusty furniture and old photographs of Wells’ in-laws, where all modernity – from technology to social attitudes – appears to be shunned for the sake of Sara (Jane Alderman: Poltergeist III 1988, The Break-Up 2006), Wells’ frail grandmother-in-law. This does not help Wells’ state of mind, which is where the film becomes less like Hitchcock as the camera goes into repeating cuts, and blurry, spinning effects that threaten the audience’s grip on reality as much as its protagonist.

It fits the narrative, as the more Wells tries to keep control of his repressed memories and emotions, the more the camera loses it until he goes to handle things personally. Without something to keep the audience tied to the ground, they are as likely to get swept up into the swirls like another famous cinematic farmhouse. This is where Hudson comes in, who fits into the role like a glove and makes it his own. He sells the emotional pain, frustration and anger well, putting on a convincing display as a man on the verge of breaking, if not already broken.

Though this is not to say that the other performances from the rest of the cast are lacking. Sandra Dee Robinson (Day of Our Lives series, The Bay series) also does well as Wells’ wife Emily during his flashbacks, showing equal amounts of compassion for her husband as well as frustration with his attitude. Jones’ haunting cackles from the titular silo (or perhaps from inside Wells’ head) is also sinister and menacing. Although the film is ultimately centred on Wells as the crux holding the film’s narrative together. Anything less than Hudson’s efforts here and the whole thing may have come off the rails. 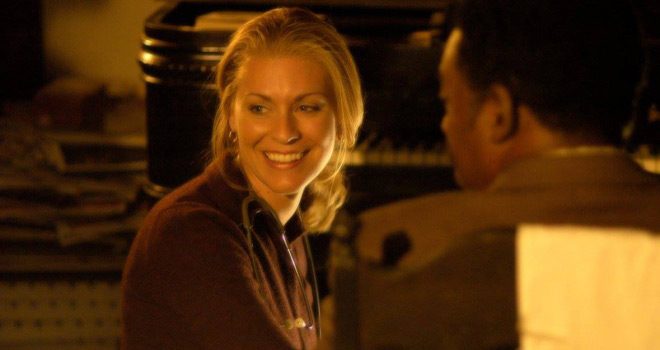 So, whether it took 5 years, 9 years, or even 11 years or more to make, it ultimately worked out for the best. Though it threatens to throw the audience off course, its ride is engaging and thought-provoking thanks to the visual storytelling, strong acting performances, and keeping a steady pace throughout, teasing its mystery through to its eventual reveal. It deserved its plaudits, and it deserves a watch. For these reasons, CrypticRock gives The Man in the Silo 4 out of 5 stars. 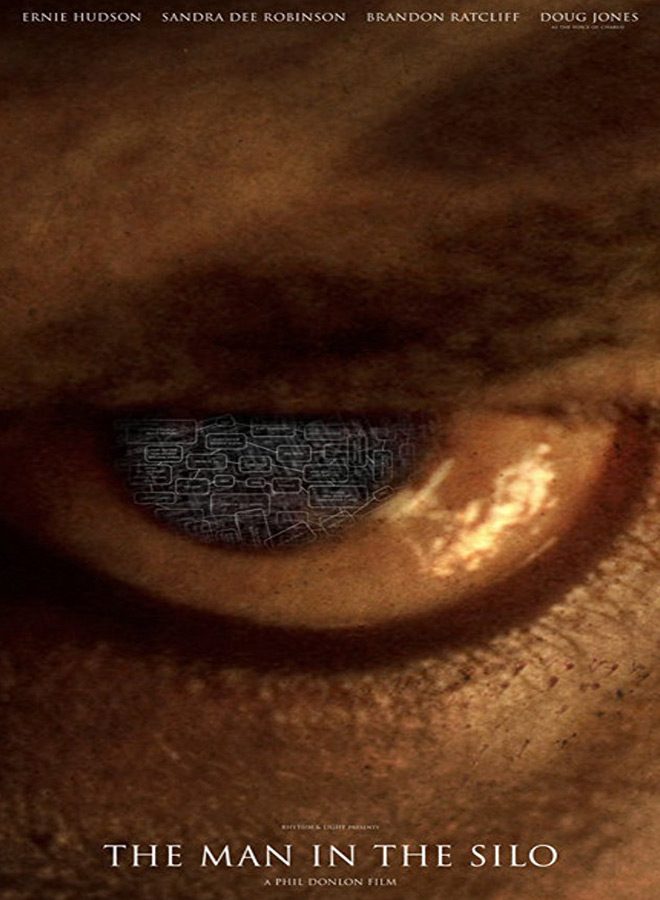 Purchase The Man in the Silo: