Manchester Orchestra – A Black Mile to the Surface (Album Review) 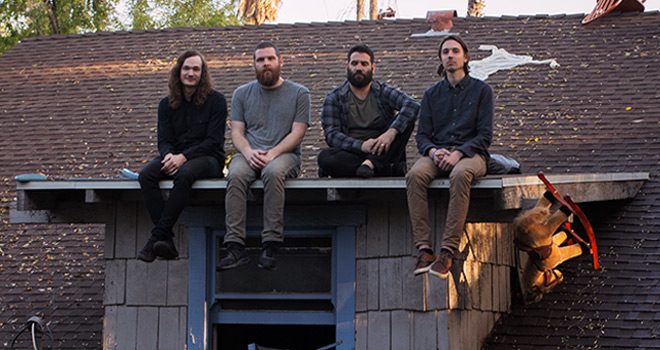 The name Manchester Orchestra is most likely a homage to the home city of some of the most influential English Post-Punk Indie bands, such as Buzzcocks (“Ever Fallen in Love [With Someone You Shouldn’t’ve]”), Magazine (“A Song from Under the Floorboards”), Joy Division (“Love Will Tear Us Apart”), New Order (“Bizarre Love Triangle”), The Chameleons (“Pleasure and Pain”), The Fall (“Cruiser’s Creek”), The Smiths (“Heaven Knows I’m Miserable Now”), The Colourfield (“Thinking of You”), James (“What For”), Easterhouse (“Come Out Fighting”), The Railway Children (“Every Beat of the Heart”), Inspiral Carpets (“This Is How It Feels”), and The Stone Roses (“I Wanna Be Adored”). This is befitting, for Manchester Orchestra’s own music falls in the same sonisphere as that of these aforementioned groups.

However, the 2004-forming Manchester Orchestra hails from Atlanta, Georgia, United States; but its music is equally delectable, certified Indie material. To date, they have released five studio albums—2006’s frenetic I’m like a Virgin Losing a Child; 2009’s grungy, Pop Punk–influenced Mean Everything to Nothing; 2011’s more textured, subtly subdued, and a bit Gothic Simple Math; 2014’s guitar-heavy Cope; and the recently unleashed A Black Mile to the Surface, which sounds sonically laidback and more introspective.

Eleven songs in total, it opens with the slow flow of the Gospel-flavored, Pastoral Pop “The Maze.” The folky and fuzzy “The Gold” and the subtly Screamo “The Moth” then follow in similar sonic sentiments but with a more driving beat and tubular groove. Then there is the syncopated beauty of the swirling, Shoegaze-like Alternative Rock “Lead, SD,” which may remind the initiated of Placebo (“Bruise Pristine”), Catherine Wheel (“Judy Staring at the Sun”), and Lush (“Superblast!”).

By the middle of the album, Manchester Orchestra has transported its listeners to a more introspective predisposition, with the piano-led folky ballad “The Alien” and “The Sunshine,” which will not be out of place on a playlist that includes Coldplay’s “The Scientist,” Travis’ “Writing to Reach You,” and Fleet Foxes’ “White Winter Hymnal.”

The album’s highlight, the lush, textured, melodic, and engaging “The Grocery,” builds up effectively from a blend of plucked acoustic guitars and romantic string orchestration to the chorus of grungy guitar grates. The following “The Wolf” is a change of mood—ominous, big drum sound, spacey, and filmic—an apt prelude to the ensuing sensuous and punchy ballad “The Mistake.” Further relaxing the atmosphere, “The Parts” is apt with its stripped-down, acoustic-oriented, somber, and reflective moment; until, finally, A Black Mile to the Surface closes with the brooding vocal drawl and synth-washed mode of “The Silence,” which is reminiscent of similar dirge-like pilgrimage by The Cure (“Watching Me Fall”), Toad the Wet Sprocket (“Pray Your Gods”), and The Sisters of Mercy (“1959”).

Enthusiasts of Indie music should not be really complaining about the current state of their favorite genre of music, for their passion for it plus a little bit of initiative and staying in the current loop should be enough to let them discover bands like Manchester Orchestra. Of the decade’s representatives of Indie music, Manchester Orchestra is certainly one of the interesting ones, as proven again by the quartet’s brand new album. CrypticRock gives A Black Mile to the Surface 4 out of 5 stars.