If a true masterpiece of art makes its creator immortal, are not artists practitioners of a macabre, vampiric craft? A beautiful tragedy steeped in art and boasting one of Horror’s most seductive villains, Manhattan Undying becomes available on VOD platforms  and DVD as of June 6, 2017, thanks to Momentum Pictures. 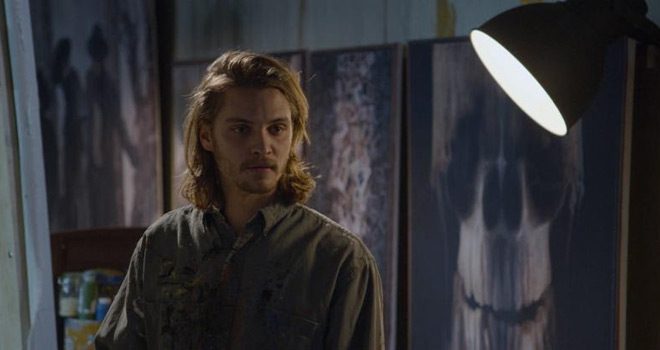 Manhattan Undying is the story of an artist, Max Garman (Luke Grimes: American Sniper 2014, Fifty Shades Darker 2017), an immensely talented, though troubled soul who roams the clubs of Manhattan searching for his muse in whatever form she might take, be it a physical body or illicit powder. When Max has a near meltdown at his studio warehouse one evening and ends up hospitalized, we quickly learn that he is facing imminent death: advanced stage squamous cell carcinoma (lung cancer).

Vivian (Sarah Roemer: Disturbia 2007, Chosen series) is a striking, Mira Sorvino look-alike who roams the night searching for sustenance, surviving but not truly living. Unable to even see herself in a mirror, she asks male courtiers to describe what they see; grasping at straws to catch a fleeting glimpse of her own beauty. As she searches in vain and her conquests begin to amass across the island, so do their exsanguinated bodies. A pair of detectives – Roberts (Daniel Kash: Aliens 1986, RoboCop 2014) and Bradimore (Christopher Jacot: Slasher & Eureka series) – are assigned to the case, hustling to put together the pieces of one truly paranormal puzzle. 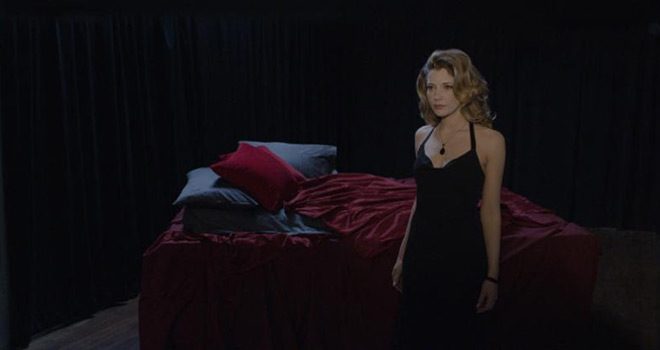 As the story unfolds, Vivian and Max cross paths in a seductive game of lion and lamb. With the police narrowing the search and Max’s health waning, the pair are working on borrowed time as they fight to create a masterpiece of love and art. Clocking in at approximately 87 minutes, Manhattan Undying was directed by Babak Payami (One More Day 2000, Iqbal, l’enfant qui n’avait pas peur 2015) and written by Matt Deller (Neverwinter Nights 2 game). Any vampire film worth its weight in garlic should be darkly seductive, much like the creatures themselves, and Manhattan Undying does not disappoint!

A beautifully seductive, macabrely haunting tale of life and art, Manhattan Undying presents an amazing ensemble cast who bring a truly artistic screenplay to life flawlessly. The dashing Grimes (as Max Garman) is flawless in his portrayal of the tragically flawed artistic soul who embraces beauty on canvas but hides from true emotion in real life, walking a continuous line between life and death with each day. The only flaw of this film, if it can be considered as such, is its utter lack of connection to New York City. 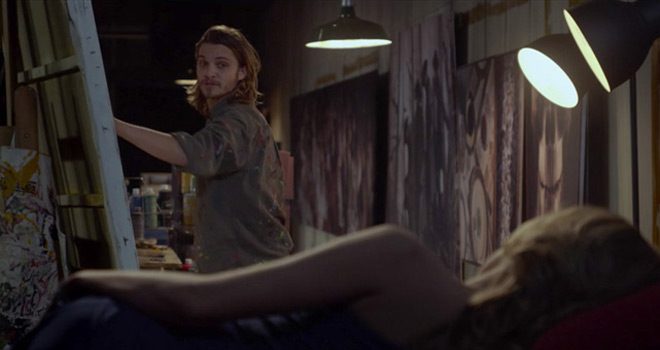 While there are many gorgeously shot aerial depictions of The Big Apple’s iconic skyline, the overall vibe of the film is “off” and will definitely not speak “New York” to natives. There is, of course, a clear reason for this: the film was shot throughout Hamilton, Ontario, Canada. While the title of the film is ultimately explained in the concluding moments of the film, rethinking the inclusion of the aerial shots and the NYC connection would in no way harm the end result of the film. Which is to say that, Manhattan or no, this is a beautifully sculpted film. 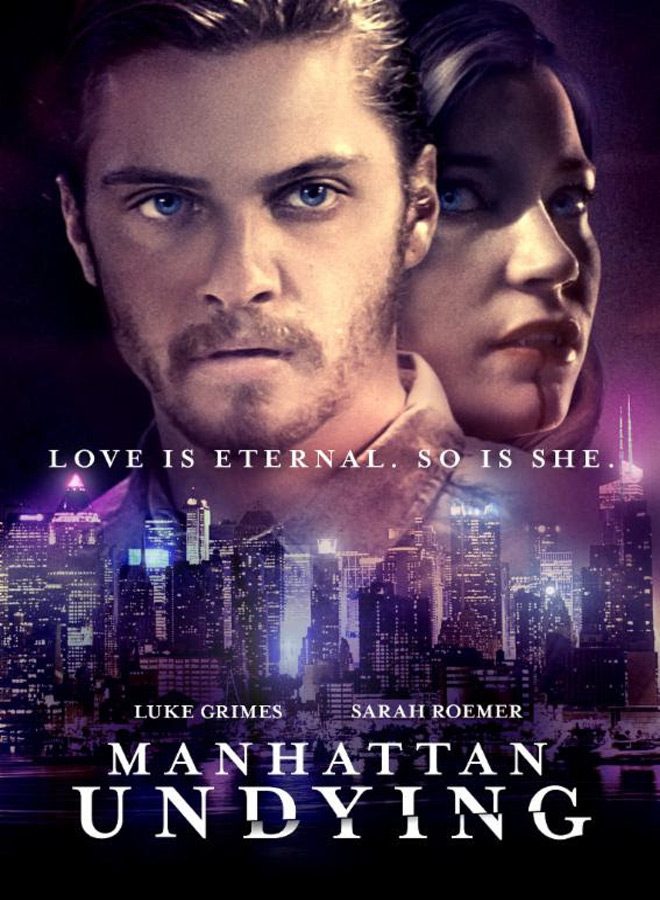