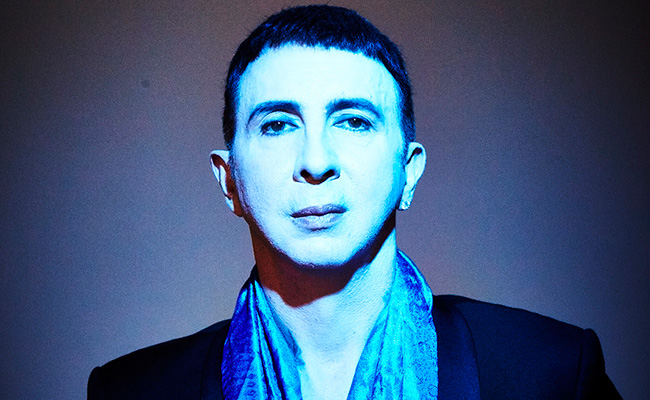 Marc Almond is well-known as the lead vocalist of the classic English New Wave/Synthpop duo Soft Cell, with David Ball as the other half. Soft Cell had released five studio albums, from 1981’s Non-Stop Erotic Cabaret to 2002’s Cruelty Without Beauty. Their popular singles include a cover of the Ed Cobb–penned song “Tainted Love” and a version of Judy Street’s 1966 single “What!,” which was originally written by H.B. Barnum; equally memorable originals include “Say Hello, Wave Goodbye” and “Kitchen Sink Drama.” As a solo artist, Almond has released twenty studio albums in total and has collaborated with countless fellow artists whom included Gene Pitney, John Cale, Martyn Ware (of The Human League/Heaven 17), Jarvis Cocker (Pulp), Carl Barât (The Libertines), and Jools Holland (Squeeze). His twentieth solo album recently hit the music scene on March 9, 2015 and it is entitled The Velvet Trail. Marking his first album of original material since 2010’s Varieté, Almond called on Chris Braide to assist in co-writing and production of the sixteen new cuts.

Aside from its being freshly at par with current contemporary Pop music and finding a reinvigorated-sounding Almond, The Velvet Trail is like a sonic journey down memory lane. For instance, the driving and slightly guitar-adorned “Bad to Me” and the very poppy “Demon Lover” both draw their beats, tempos, and melodies from “Tainted Love” and “Where Did Our Love Go?”—two popular hits of Soft Cell. “When the Comet Comes” stands out for its having featured Beth Ditto of the American Indie Rock band The Gossip, whose powerful semi-operatic voice blends well with the smoothness and gracefulness of Almond’s. The piano-led “Scar,” “The Pain of Never,” and “Winter Sun” are the album’s tear-jerking Sophistipop ballads; while “Zipped Black Leather Jacket,” “Minotaur,” and “Earthly” are the midtempo songs in which the listener will hear Almond’s voice at its most yearning and aching moment. “Life in My Own Way,” on the other hand, features Almond’s familiar Cabaret style—half-romantic, half-vampish lyrics on a velvet backdrop of waltzy piano-based music that is beautifully orchestrated with mild strings and sprinkled with timpani shots.

“Pleasure’s Wherever You Are” will most likely be the instant favorite of fans who have come to love Almond for his poppiest 1988 New Wave album, The Stars We Are. It sounds similar to the album’s shiniest gems, such as “Bitter Sweet,” “The Very Last Pearl,” and “Tears Run Rings.” Finally, the title track is a very fitting closer song—a slow and melancholic ballad that features Almond’s dreamy yet soulful and confident voice supported by melodies that evoke quiet nights, twinkling stars, and raindrops softly pelting against glass windows. Overall, The Velvet Trail can be a more delightful listening experience to a New Wave music enthusiast when complemented with the latest releases by Almond’s batchmates like A-ha, Blancmange, The Blow Monkeys, China Crisis, Erasure, Jimmy Somerville, and The Lilac Time. Then don your most flamboyant attire and wear those shiny boots, and you are all set for the dancefloor.

The Velvet Trail style harks to Almond’s classic Synthpop mode—catchy piano melodies; danceable beats and rhythms; hopefully romantic lyricism; and Almond’s distinct silky, sensual, and soulful voice. Comprised of a dozen songs and four short instrumentals, it is delivered in conceptual perspective. Almond is not only a prolific artist and songwriter, but also a proficient one, having tried his hands on various genres of music that include Pop, New Wave, Cabaret, and even piano-oriented Classical. With his latest offering, Almond is definitely back to his catchiest Pop-oriented roots and shining bright doing so. For all these, CrypticRock gives Marc Almond’s The Velvet Trail 4 out of 5 stars. 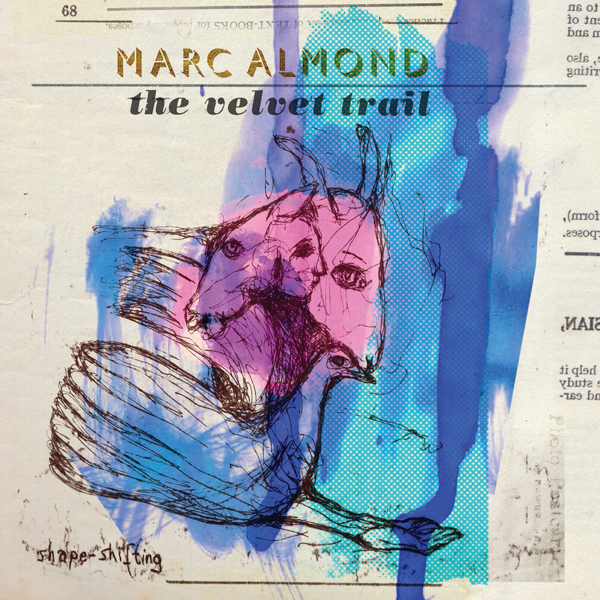