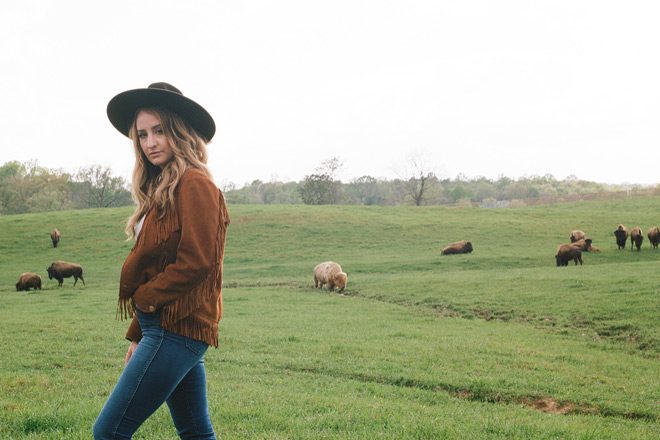 Margo Price offers her music with sensibility and honesty. It all began when she was only 2 years old and her father’s family lost the farm that they had been working for generations in Buffalo Prairie, Illinois. Then, at 20, Price dropped out of college, heading for Nashville with 57 dollars to her name. After arriving in Nashville, she struggled to break into the music scene and worked odd jobs to keep her ends together. Later, when she was 27, she gave birth to twin boys, and tragically the oldest, Ezra, died 2 weeks later due to a rare heart condition.

Through all the struggles, Price financed the recording of her debut album by pawning her wedding ring and selling the family car. After finishing recording at Sun Studio in Memphis, Price’s luck turned when that same album, Midwest Farmer’s Daughter, was picked up for distribution and released in 2016 by Jack White’s label, Third Man Records. Now, just a year later, she returns with her new album, All American Made.

All American Made, due out Friday, October 20th, on Third Man Records, is a natural progression from Midwest Farmer’s Daughter. On her new album, Price chose to record in Memphis again, this time at Sam Phillips Recording. An artist whose influences are most often cited as Loretta Lynn, Dolly Parton, and Tammy Wynette, seems much closer to Janis Joplin with her real life lyrics and refusal to fit into the traditional mold of the music business.

All this in mind, the album opens with “Don’t Say It,” an upbeat Honky-Tonk number that twinkles and stomps with a strong Country piano and a driving backbeat. The clever hook is “Don’t say you love me when you treat me this way.” Coming in at 2:44, “Don’t” is a perfect radio hit for the short attention spans of the Nashville crowd. The short and sweetness continues on the next track, “Weakness,” another upbeat number that makes use of the pedal steel and fiddle in that special way that only Outlaw Country can. The tempo slows a bit on “A Little Pain,” a track that could be found, with just a little less twang, on a Big Brother and the Holding Company record around 1970.

Price gets topical on “Pay Gap,” a song about disparity in pay between women and men. When Price addresses inequality, she takes no prisoners. With lyrics like “We are all the same in the eyes of God/But in the eyes of rich white men/No more than a maid to be owned like a dog/A second class citizen,” it is easy to see why Nashville is uneasy about embracing her.

The next few songs tell stories that Price has accumulated along the way. For example, “Nowhere Fast” is a simple song about the struggles of life on the road. Then there is “Cocaine Cowboys,” which is about the superficiality of the current Nashville scene. “Wild Women” is another topical track about the double standard between men and women who spend time away from their families. “Heart of America” is the story of losing the family farm in 1986. Thereafter is “Do Right by Me,” a funky Gospel infused song about the toils of blue-collar life.

All American Made ends strong with two tracks that showcase Price’s songwriting skill. First, “Loner” is a somewhat contemptuous track that takes aim at society’s expectations. Price’s voice shines on the track which builds from a simple opening to a ringing crescendo and then fades out slowly. Last, the title-track of the album, “All American Made” is a dreamy acoustic guitar piece that opens with a montage of speeches from past and present American presidents. The lyrics take aim at American exceptionalism and the track and album end with a cacophony of indecipherable voices. Somehow, the way the album ends, seems like a commentary of the USA in 2017; everyone talking at once and no one able to hear anything that anyone else is saying.

Through it all, Price is brutally honest, topical, and refreshing. The freedom allowed her by being on a non-traditional label like Third Man suits her style perfectly, and though she may have some trouble gaining acceptance from the Nashville establishment, there is plenty of room for her in the Outlaw Country genre. After spending most of the summer of 2017 on the Outlaw Music Festival, it is clear that is where she fits best anyway. For her sincerity and the courage to break the traditional Nashville mold, not to mention her unique vocal style and stellar songwriting, CrypticRock Give All American Made 5 out of 5 stars. 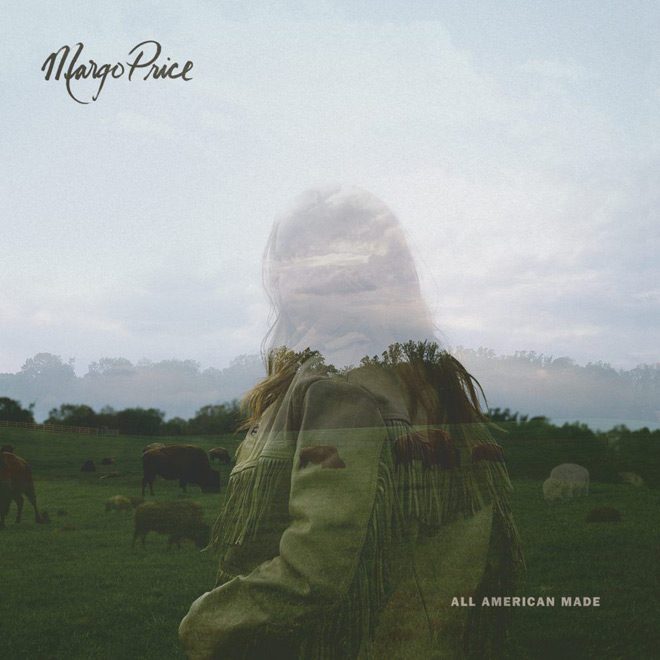 Purchase All American Made:

Ska Boom! An American Ska and Reggae Oral History (Book Review) Melissa Etheridge – One Way Out (Album Review)
Like the in-depth, diverse coverage of Cryptic Rock? Help us in support to keep the magazine going strong for years to come with a small donation.