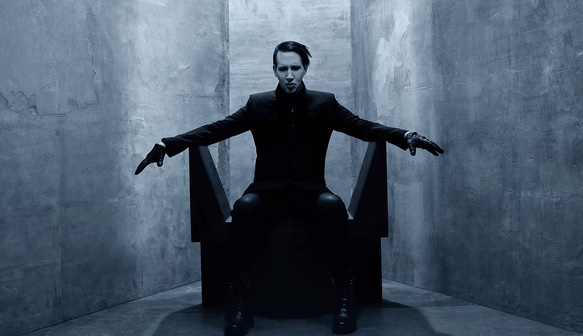 Of the various eccentrics loitering in the public eye in the past twenty years, Marilyn Manson needs the least introduction. He has been called a visionary, a genius, as well as the mainstream American culture’s Antichrist. Beginning back in 1989, Manson assumed duties as lead vocalist in Florida of a band which would be call Marilyn Manson & The Spooky Kids. The latter portion of the name was shortly dropped and the aptly named band Marilyn Manson released their debut Alternative Metal album Portrait of an American Family in 1994 on Nothing Records, a subsidiary of Interscope Records run by Nine Inch Nails’ Trent Reznor.  Producing such powerful songs such as “Lunchbox,” “Get Your Gunn,” and “Dope Hat,” it became evident from the start that this band had something much deeper to offer the scene at the time.  In 1996, Marilyn Manson would release their second full-length album, Antichrist Superstar, which would prove to be the band’s most celebrated work, as well as being an exceptional critical success. The album flirted stylistically with Industrial Metal, and spawned such singles as “The Beautiful People” and “Tourniquet.” Along with these two albums, Mechanical Animals (1998) and Holy Wood (In the Shadow of the Valley of Death) (2000) would solidify Manson’s status as the most notorious Rock figure since Alice Cooper. While the band’s lineup has changed from album to album, long-time member Twiggy Ramirez (bass) returned in 2008, while in 2015  multi-instrumentalist, film music composer Tyler Bates, and Stolen Babies drummer Gil Sharone join Marilyn Manson for the release of their ninth album The Pale Emperor.

The first song debuted from The Pale Emperor was “Cupid Carries a Gun” in April 2014 when it was featured on the American television drama Salem, which is explored in the lyrics. One of the first three singles released off the album, it gave fans a good idea of what to expect from the band three years after Born Villain. The second single, “Deep Six,” combines the moodiness of Eat Me, Drink Me (2007) with the simplistic riffing of The High End of Low (2009). While this song harkens back to aspects of Manson’s back catalogue, lead single “Third Day of a Seven Day Binge” is a fantastic example of the newly reinvented Marilyn Manson sound – Alternative Mock with a pervading Blues influence, which is also present on “Birds of Hell Awaiting” and the closer “Odds of Even.” Some cuts from The Pale Emperor even remind listeners that Marilyn Manson is the same name that struck terror into the hearts of the soccer moms of America in the mid-90s. “Slave Only Dreams to Be King,” for instance, would not sound out of place on Antichrist Superstar. “Killing Strangers,” the album’s opener is also reminiscent of golden-age Manson and provokes a dangerous, maliciously slick atmosphere, seemingly warning parents to keep their children at home.

Manson has famously said in an interview with CNN in 1997 that he has “always identified with the character of Lucifer in the Bible.” The lyricism present on The Pale Emperor is evidence of that. Manson’s trademark tradition of using extensive biblical imagery has not waned on the album. “The Devil Beneath My Feet” makes allegorical reference to Jesus’ disciples Peter and Paul, and, in a metaphorical sense, finding temporary solace in the ephemeral gifts Satan has given him. On “The Mephistopheles of Los Angeles,” Manson sympathizes with the antagonistic Faustian persona of Mephistopheles of 14th and 15th century German folklore, claiming that he feels “stoned and alone like a heretic.” Manson alludes to Pagan tradition in other parts of the album, as well. “Deep Six” makes explicit references to Zeus and Narcissus, and the hook in the aforementioned “Cupid Carries a Gun” (“Pound me the witch drums…”) evoke a striking sense of primitivism, decorated by the minor piano notes and bells in the latter half of the song.

The Pale Emperor reasserts what fans already knew; Manson is still a leading figure in Rock and probably will be until his death. Perpetually reinventing his sound, The Pale Emperor incorporates sounds found in Alternative Metal and Hard Rock with a newly added element of Blues, for a record deserving of the Marilyn Manson name. CrypticRock gives The Pale Emperor 4.5 stars out of 5. 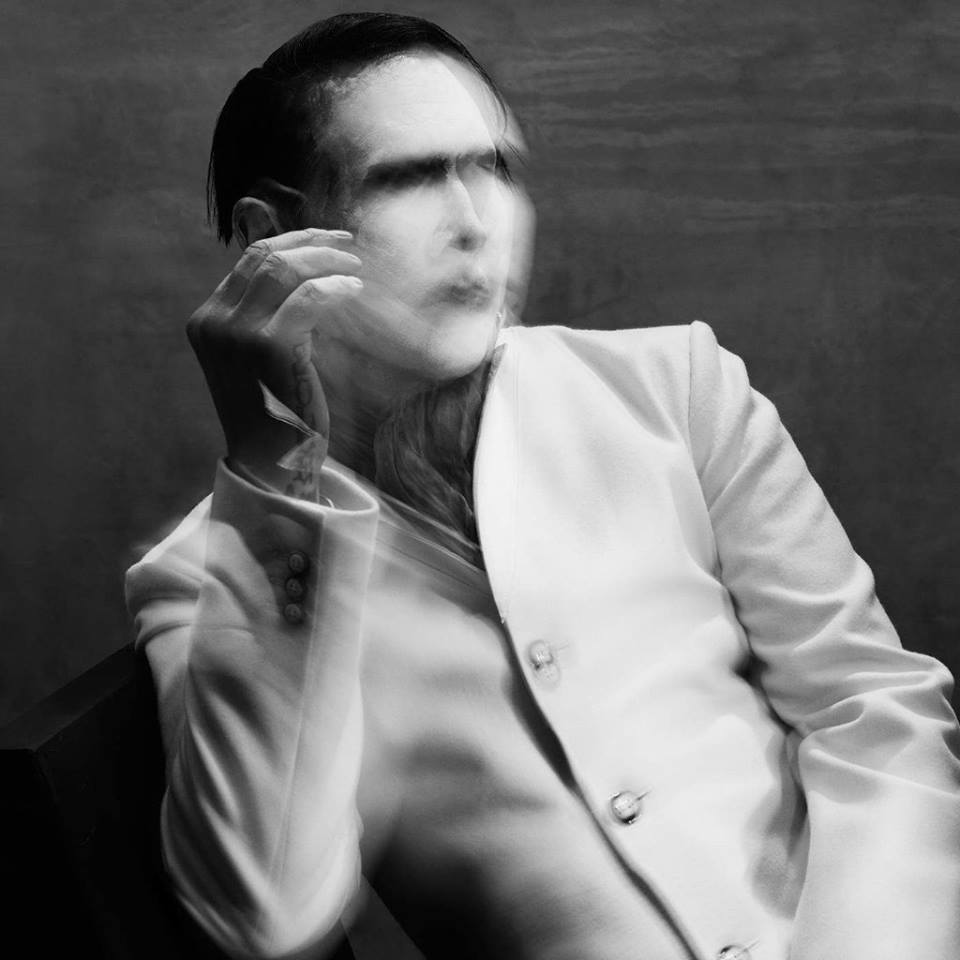