The Ramones are inarguably one of the most iconic bands to have been conceived in New York. They have left one of the longest lasting marks on New York City’s Lower East Side and played a key role in the creation of what is known as Punk Rock. It all began in 1978 when Marc “Marky Ramone” Bell joined the Ramones and began his fifteen year tenure with the band. Taking over the drumming responsibilities from Thomas “Tommy Ramone” Erdelyi, Marky was quickly put in the studio, recording his first album with The Ramones on 1978’s Road to Ruin, which features one of the most popular Ramones songs, “I Wanna Be Sedated.” The following year, The Ramones filmed the Roger Corman cult classic Rock ‘n’ Roll High School and later that year, joined forces with producer legend Phil Spector to record End Of The Century. Sticking with The Ramones through their final studio record in 1995, titled ¡Adios Amigos!, Marky solidified his place in Rock-n-Roll history and as a Ramone for life.

Marky is not only known solely for his career with The Ramones, which spanned over seventeen-hundred shows and eight studio albums.  Marky’s legacy began much earlier when he was playing in Wayne County and the Backstreet Boys at Max’s Kansas City, recording albums with Richard Hell and the Voidoids, and embarking on a UK tour alongside The Clash, prior to ever being approached to  join the Ramones. It would be in famous CBGB’s that Dee Dee would ask Marky if he would join, and though he was to leave the band briefly in 1983, he would rejoin his bandmates in 1987 until they decided to call it quits in 1996.

The ’90s may have marked the proverbial “End of the Century,” but that would not stop Marky from pushing forward with his music career.  The 2000s would prove to be a fruitful and innovative time for Marky’s business ventures including a collaboration with Tommy Hilfiger, the marketing of his own recipe of pasta sauce, Marky Ramone’s Brooklyn’s Own, in 2010, and his writing of the book that would be the lasting final say on the Ramone’s legacy from the perspective of a man who lived it.

From solo collaboration’s with Joey, book deals, food products and clothing, Marky has continued to live life by his own rules despite the changing of times. That is why it seems more than fitting that he release a book to recount the stories of his life, and on January 13, 2015, he released his book, titled Punk Rock Blitzkrieg: My Life as a Ramone, detailing his story and his particular insight into the band. To celebrate the release of the book, Marky kicked off a tour on January 7th with stops along the west and east coast before hitting Gramercy Theatre on January 17th for a special, musical release party, along with special guest Andrew W.K. on vocals. Spreading the word and insight of the book to fans, Marky came to the village of Huntington, New York on Tuesday, February 3rd to The Book Revue for one of the final three stops on the tour. A large group of dedicated fans braved the cold to visit the signature Long Island book store for a meet and greet with the Rock n’ Roll Hall of Famer, to hear straight from the horse’s mouth the answers to the questions they have had about a band that changed music for generations.

The crowd leaned to the older side of punk rockers but also saw younger kids and even children as young as six. Marky was asked various questions about what brought him to play drums, and of course about the infamous “van” the Ramones elected to tour about in lieu of using a conventional tour bus. Speaking matter-of-factly, he stated, “The band saved a lot of money by not having a bus and driver.” He later stated Dee Dee was a wild man, and Johnny was the “Drill Sergeant” they needed, seeing as they did not always get along with each other.

One particular question stuck out with the crowd. “What keeps The Ramones relevant to kid’s today?” Marky responded, “People don’t change, their struggles don’t change and the music and lyrics of The Ramones hits a chord with what is going on, either back then or today.” After several more questions about number of shows and other tidbits, Marky waited to meet and sign his fan’s books and other various Ramones memorabilia, before packing up and heading back to the city.

Having outlived the rest of his bandmates with the exception of late ’80s bassist addition CJ Ramone, Marky is the last one left to detail the band’s rise in the late ’70s to their official retirement over two decades later. He brings sincerity to his own personal struggles with alcoholism, addiction, his search for sobriety and spares no nitty-gritty details of New York’s most infamous Punk Rock band. 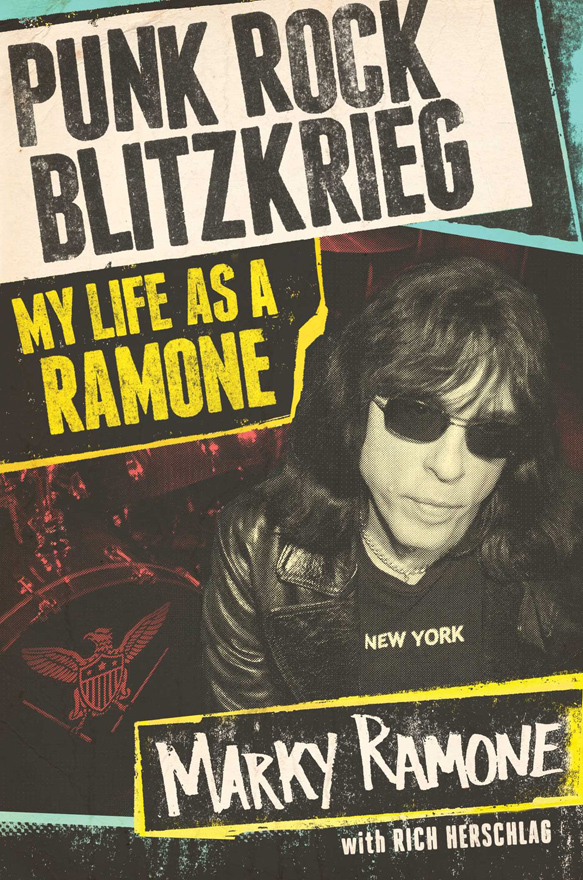 Purchase a copy of Punk Rock Blitzkrieg: My Life as a Ramone on Amazon

Ska Boom! An American Ska and Reggae Oral History (Book Review)
Like the in-depth, diverse coverage of Cryptic Rock? Help us in support to keep the magazine going strong for years to come with a small donation.