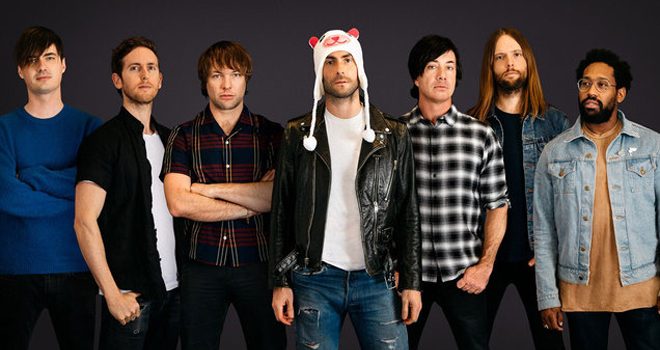 Superstars, their latest album, Red Pill Blues, released on Friday, November 3rd via Interscope Records, is the first to feature member Farrar as studio member after spending time as part of their touring package. Their sixth overall studio album, it features guest vocals from a variety of artists that change up the band’s sonic landscape compared to their previous albums.

A follow-up to 2014’s V, “Best 4 U” jumps off the new album with a spirited groove that sees Levine indulging in his trademark upper register. There is a distinctive bob and weave to the rhythm that is compelling and cool. This is the kind of song that could attain major club play for its seductive and inviting soul and careless freedom. The next three songs fall into a similar flow to “Best 4 U,” including “Like Lovers Do,” which features even more of Levine’s high notes and guest vocals by SZA.

Although, the real standout in this quartet of introductory tracks is the alluring “Lips On You.” It is an unapologetically electric seduction as the band produces an icy orchestration that chills and is further impacted by the wintery cool of Levine’s vocals over the top. The metered percussion keeps the timing while it is otherwise easy to get lost in this entrancing track. On “Bet My Heart,” the guys explore some acoustic, almost Spanish guitar sounds that add flavor to this Caribbean infused production. Then, “Whiskey” features verses by A$AP Rocky and is another of the cooler tracks, sonically, on Red Pill Blues. It is easy flowing and comes and goes before you know it, but it touches on the power and hurt of bittersweet love gone wrong and learning from your mistakes.

As you get further into the album, there is less of Levine’s upper register on display and he seems to be examining his lower register and deeper tones than fans are used to from him. As their career has progressed, the guys have come farther into the Pop end of the spectrum than from their Songs About Jane days, but these new R&B and Soul infused tracks do tend to complement their evolving style, and “Girl Like You” is another stepping stone in this evolution with R&B influence driving the heart of the song. If you have not had enough yet, “Closure” comes along and kicks up the tempo a bit. This is a song that drives you to the dance floor. “Don’t Wanna Know,” featuring Kendrick Lamar, is another club jam that highlights Calypso beats that make heads bob and hips sway with ease.

Maroon 5 seems to excel at making strides inside and outside of their usual Pop Rock without isolating devoted fans. While their experimentation can sometimes sway to the outskirts of popular culture, there always seems to be that thread that anchors them in their wheelhouse. The same is true here with Red Pill Blues, despite exploring collaborations with SZA and A$AP Rocky, among others, the guys still manage to keep their feet firmly planted. 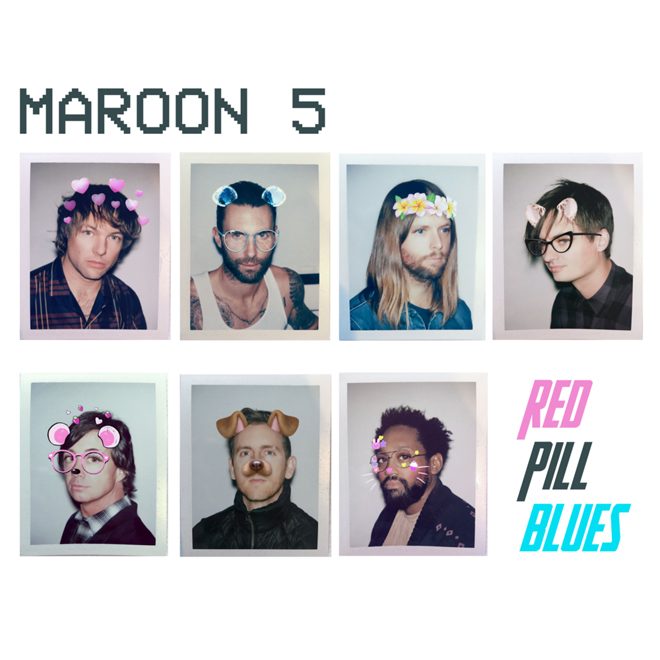