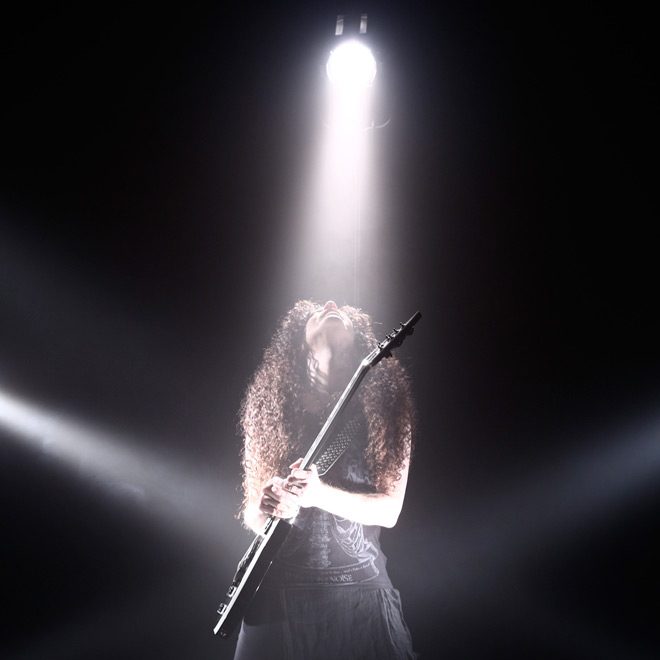 What is the benefit of creating a solo album versus one with a band? Well, if a musician is lucky enough to establish themselves in a popular band prior to releasing solo works, it certainly would be step one in the right direction to gain maximum momentum and notoriety. Although, the real benefit is the creative freedom to do as they want all while showcasing their greatest attributes.

In the case of Guitarist Marty Friedman, he has always been active as a solo artist even before his ten year term in Megadeth. Departing from Megadeth in 2000, Friedman choose to go back to lone cultural exploration, living in Japan where he currently resides and pumps out new music on a constant basis. Speaking of which, Friedman recently returned with his new studio album Wall Of Sound via Prosthetic Records on August, 4, 2017.

His thirteenth overall solo album, Friedman has twisted fate yet again with an interesting piece of work full of his special shredding arpeggio and sweep techniques. Complete with progressive enhancements as well as excerpts and collaborations featuring a select few guest artists using instruments such as the violin among the addition of vocals and other treats, Wall of Sound certainly lives up to its name.

A total of eleven tracks, Wall Of Sound does not hold anything back. Exciting and fun, it definitely travels into realms that deserve exploration in today’s world given the vast array of creative juice at common disposal.

Starting off, “Self Pollution” arrives in full color as intended while still maintaining a somber side while the cleanly yet wild progression of riffs dilutes the stagnant air in a dominant way. Then Jinxx of Black Veil Brides playing violin on the tune “Sorrow And Madness” and the collaboration is pretty wonderfully matched showing hidden sides of both artists. The first of many instrumental songs on the album , it tells it’s own story through the universal language of music.

Continuing, “Pussy Ghost” featuring Shiv Mehra of Deafheaven collaborating to bring an inspiring melodic tone. Filled with tribulations of intensity, this song will leave a deep scar on the soul of anyone it touches and seems to be well orchestrated in all its technical process. Following next is advantageous tune “The Blackest Rose” which really captures some of that neoclassical guitar artistry along with a flair for progressive tasteful melody.

Coming on a bit heavier, “Something to Fight, featuring vocals from Jorgen Munkeby of Shining, seems to be the oddball of the bunch, being the only track with vocals on the album. Nonetheless, the track would be great in a live setting if permitted. The last track, ‘The Last Lament,” has some fantastic bass and guitar riffs throughout capping off a dazzling album of beautiful progressions.

All the guitarists of Megadeth family tree seem to have such an individual style where no two are alike and perhaps that is the true beauty of the reinvention in that band that has kept the spark alive throughout the years. No matter which one is a fan’s favorite, Marty Friedman will forever be honored for bringing in his own unique style to the table.

The talented Marty Friedman is currently on tour with Scale The Summit in support of Wall Of Sound and it is highly recommended to catch the tour in all its hot glory because the time to shine is now. With Walls Of Sound, the melodies carry a fierce aggression and for this reason CrypticRock gives the album 4.5 out of 5 stars. 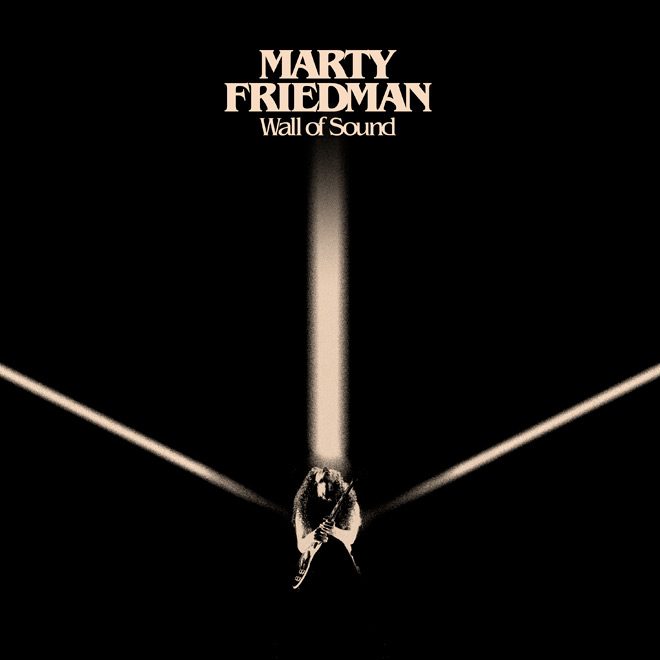