Horace Mann once said, “It is more difficult, and it calls for higher energies of soul, to live a martyr than to die one.” Dark stories are often more intriguing because audiences feel compelled to put themselves in the position of the characters. What would I do? Could I survive? When it comes to dark stories, the French-Canadian Revenge Thriller Martyrs (2008), a film directed by Pascal Laugier (House of Voices 2004, The Tall Man 2012), tips the scale as being one of the darkest and most brutal Horror films ever put to celluloid. Although the movie is brutal to watch, the beautiful story hidden inside holds the hearts of many Horror lovers who are appreciative of the vision the director had. And, like most noteworthy stories, this one got a retelling.

Distributed by Anchor Bay Films and directed by the Goetz brothers, Kevin and Michael (Mass Transit 1998, Scenic Route 2013), the 2016 remake of the same name includes new faces and a slightly different story. Peter Safran (Conjuring 2013, Annabelle 2014), founder of The Safran Company, produced the film that follows a screenplay written by Mark. L Smith (Vacancy 2015, The Revenant 2015) and a score composed by Evan Goldman (The Raven 2012, The Den 2013), giving this film a talented crew. But the ones who bring light to this dark and foreboding tale are the two talented actresses involved – Troian Bellisario (Consent 2010, Pretty Little Liars TV series) and Bailey Noble (True Blood TV series, Members Only 2015).

Released in selected theaters and Video On Demand January 22nd, the film starts out with a ten year old Lucie escaping the house where she had been held captive and horribly tortured, leaving her not only with physical but also mental and emotional scars. An orphanage takes her in and, after hearing the story she tells of brutal monsters and witnessing the horrid nightmares that plague her every night, deem her insane. Luckily, another orphan girl, Anna, befriends Lucie and helps her find a little solitude away from the nightmares. 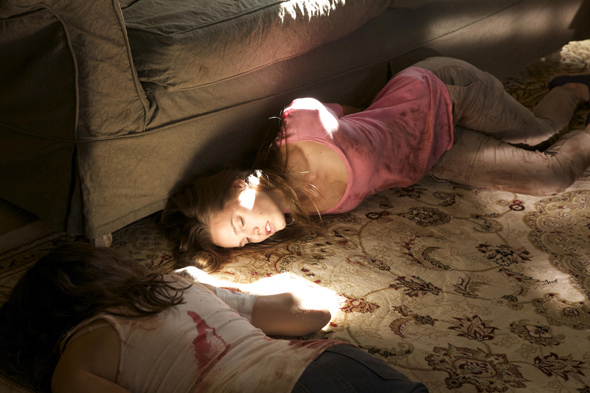 Ten years later, and although time has passed, Lucie’s pain is still as strong ever along with the nightmares and delusions. Lucie decides to get revenge on the people who tortured her years ago in the hope that she can finally have peace after a decade of torturous memories and nightmares. She also wants her childhood friend, Anna, to witness it, to prove that she was not crazy after all. Once they arrive at the house, little do the girls’ know that their lives will be forever changed, and while Lucie finds herself in a despairing yet familiar situation, Anna’s world is turned upside down.

Although this film has a slightly different story and is not nearly as brutal as the original, the characters do a spectacular job bringing this updated story alive and showing audiences what true courage is. Anyone who has never seen the 2008 film will be slightly surprised by the twists and shocks of the film, although anyone who saw the original will have a different outlook on this film. Remakes will always be done and it is important to reflect on the new story and its canon rather than comparing it solely to the original. Noble told CrypticRock, “I hope that the fans of the regular film can look at our film with an open mind, and think of it as more as reimagining versus a remake.” Hopefully anyone who watches this film will appreciate the changes the characters go through and develop a love for the slightly new story and characters. Will anyone survive the story this time? CrypticRock gives Martyrs 4 out of 5 stars. 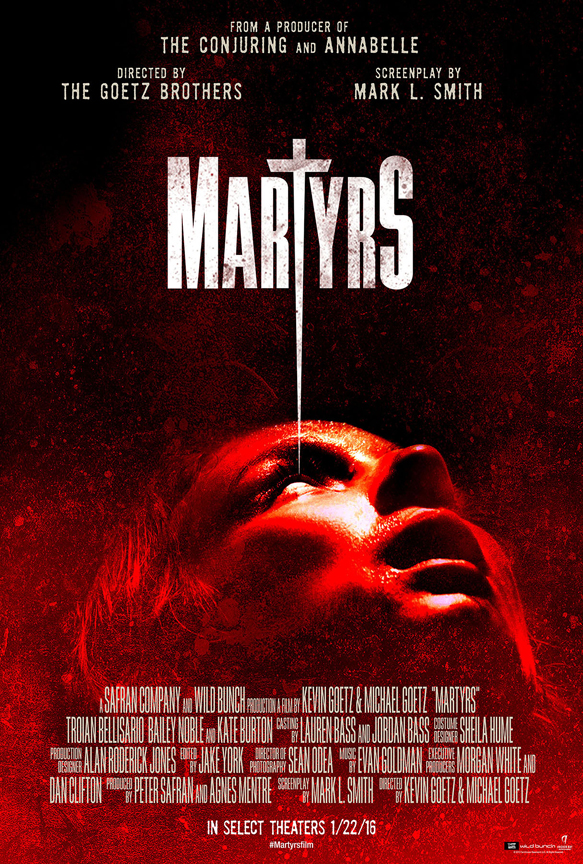