The eagerly awaited series of the final member of Marvel’s The Defenders has arrived on Netflix with a lot of expectations riding on it, and some early controversy to match. Released as a 13 episode season on March 17, 2017, Iron Fist brings fans the first modern live-action portrayal of a character who, much like his Comic partner Luke Cage, took a back seat over the past few decades to giants like the X-Men, The Avengers, and Spider-man. 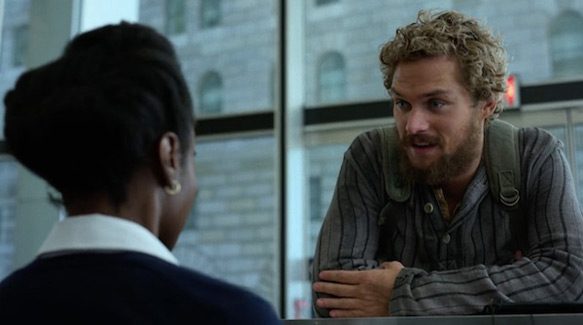 With a clean slate to work off of, Iron Fist does a more than satisfactory job of fitting the character into the Marvel series canon, and has a well written storyline held together with a excellent supporting cast. There are some legit criticisms, but the series does a great job of emphasizing its strengths and minimizing its weaknesses, leaving us with a worthy addition to the Marvel series universe.

For those who do not know, Iron Fist is the story of  Danny Rand, played by Finn Jones (Game of Thrones series, Sleeping Beauty 2014), who is the heir to a very wealthy company that his father and father’s partner started. Fifteen years before the start of the show, Danny and both his parents went down in their private plane when it crashed in the Himalayan mountains, with Danny as the lone survivor.

Found by a group of Buddhist monks, he was brought up in their culture, one aspect of which is an incredible level of dedication and training in martial arts. Returning home for reasons we learn of later, Danny could not be further out of his element, and his story arc centers on his struggle to find his identity between the two worlds while trying to reconcile the great tragedy of his past.

The other major storyline revolves around the Meachum family, consisting of the aforementioned business partner Harold Meachum, played by David Wenham (Lord of the Rings franchise, 300 2007), and his children Ward, played by Tom Pelphrey (Law & Order series, The Following series), and Joy, played by Jessica Stroup ( The Hills Have Eyes 2007, Ted 2012). To say the Meachums are a dysfunctional family would be an understatement. 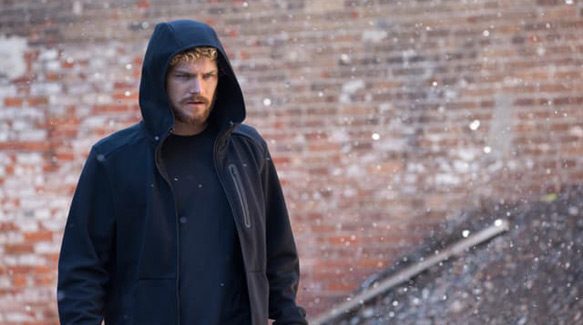 Harold is presumed dead by everyone else, and his children, while successful business people and loyal to the brand, harbor their own personal problems that stem from their Father’s overbearing legacy. These problems are exacerbated as the series goes on when Harold, under the thumb of the clandestine criminal enterprise known as The Hand, is forced to act when Danny comes back into the picture because the Iron Fist is the sworn enemy of The Hand. All three will go through serious changes amidst a complex arc filled with dangerous adversaries.

Danny meets and befriends Colleen Wing, played by Jessica Henwick (Game of Thrones series, Star Wars: The Force Awakens 2015), who will be Danny’s closest ally and one of the best characters in the series. She is a loner who runs a small, private martial arts dojo in Manhattan, but is not a helpless damsel by any means. A highly skilled martial artist herself, she also has the street smarts and mental toughness to hold her own in almost any situation. Henwick is very good here, playing her with the right combination of controlled strength and guarded purpose, and will have to test herself on many levels more than she ever thought she could throughout the series.

The writing in Iron Fist is quality. As a story arc, it is skillfully structured with a complex combination of characters and has big moments and reveals at the right times. Much like the Daredevil series, Iron Fist is a series that has a pace that viewers who need Hollywood blockbuster kind of action may find frustrating. That is not to say that there is little action, because almost every episode has some, mostly in the form of kung-fu skirmishes at first, and later, as full on action sequences where it is live or die. This is where a minor negative of the show comes in. For those not familiar, Iron Fist is arguably the best human martial artist in the Marvel Universe, enough to make very formidable fighters look like white belts. 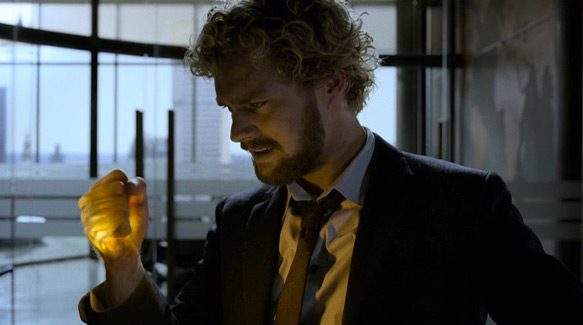 Finn Jones clearly worked very hard on this role because he looks like someone who has been training for some years, but it is just impossible to live up to the character in that way. The fight scenes in Iron Fist are good but are filled with quick edits and cuts, unlike Daredevil, which has better fights scenes and has longer shots like the famous hallway fight from Season 1. Henwick is much the same, having good form but not long uncut sequences where she can really cut loose.

The villains are compelling and those who watched Daredevil know that The Hand make for excellent antagonists. Part of what makes them so effective is that we never know just how big they are and how deep their connections go, nor who leads them. For every revelation there is another mystery, and they always seem to be many steps ahead of everyone else.

David Wenham is also great as Harold Meachum, an alpha-male trapped in his penthouse for many years, able to see his children and the world outside, but forbidden to ever interact with any of them. His controlling and manipulative nature is only amplified in his isolation and he is an intelligent, cunning, ruthless character.

Another memorable character on the dark side is the returning Madame Gao, played so well by Wai Ching Ho (Daredevil series, Orange is the New Black series). Gao is one of the most interesting villains in the entire Marvel series-verse. A older woman of such clear intelligence and danger, that her tiny stature means nothing; she walks with a cane yet every viewer will know immediately that she is not weak. All of them are well written and acted as well as do a fine job of holding up their end of the story. 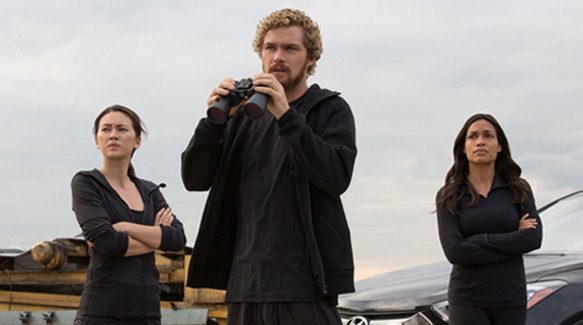 Overall, Iron Fist has a few hiccups along the way, but is anchored by the excellent writing and strong performances. Every one of the major characters has a journey across these 13 episodes that is compelling and meaningful. None of them, should they survive, will be the same when all is said and done. Finn Jones has been met with somewhat mixed reviews for his performance, and while he does not seem to fit his role like a glove the way the other Defenders do, he does a commendable job, especially when Danny is at his most conflicted moments, struggling to center himself to channel the awesome power of the Iron Fist.

A solid entry in the Marvel series universe, Iron Fist ensures The Defenders team will have no weak leaks when it comes out for its 8-episode run via Netflix later this year. Until then, CrypticRock gives Iron Fist 4 out of 5 stars. 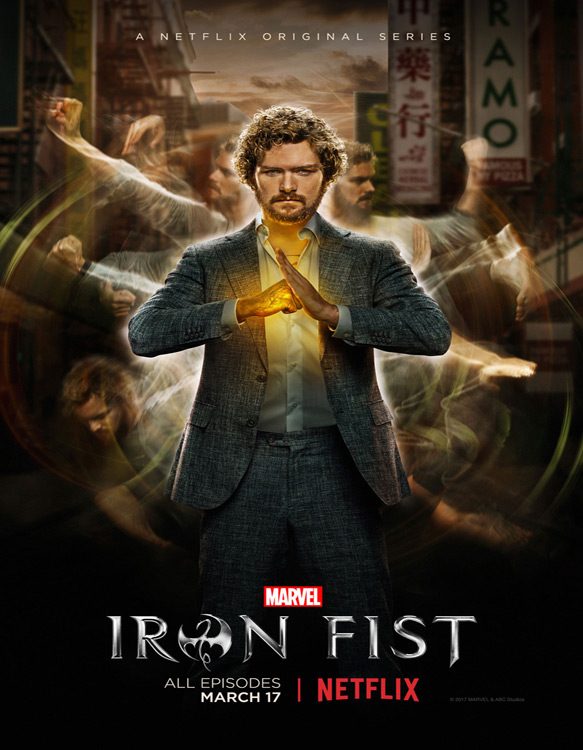 Iron Maiden – Senjutsu (Album Review) Creepshow (Season 2 Review)
Like the in-depth, diverse coverage of Cryptic Rock? Help us in support to keep the magazine going strong for years to come with a small donation.