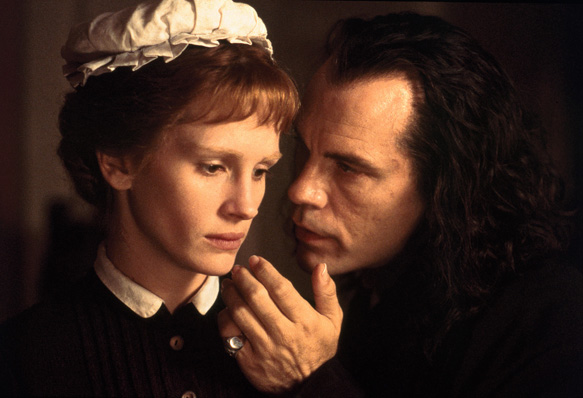 The rest of the cast included Julia Roberts (as Mary Reilly), George Cole (as Mr. Poole), Michael Gambon (as Mr. Reilly), and Kathy Staff (as Mrs. Kent). Mary Reilly did not take home any Oscars like Dangerous Liaisons, however, after a budget of  of an estimated $47,000,000, it did bring in a gross of approximately $5,600,000 in the United States alone and nominated for five awards, including the Golden Berlin Bear at the Berlin International Film Festival. Between the mix of the morbid score by George Fenton, the Gothic and claustrophobic cinematography by Philippe Rousselot, to the suspensefully timed editing by Lesley Walker and the confined production design by Stuart Craig, the film has beautifully highlighted the classic madness behind Malkovich’s split characters. These include the well respected local Physician Dr. Henry Jekyll and the monster-like creature by night, Mr. Edward Hyde, who claimed to be Jekyll’s assistant.

The film bleeds with a mystical style from the 1800s Victorian era as though something sinister lurks behind the fog. Opening with Robert’s character as the housemaid, Mary Reilly, cleaning in the closed corridors that is Dr. Jekyll’s mansion, right from the initial scene, the audience witnesses Reilly’s attraction and interest to this darkened character. A shadowy figure passes by and leaves her chills until this creepy man speaks, “I’m not going to bite you.” 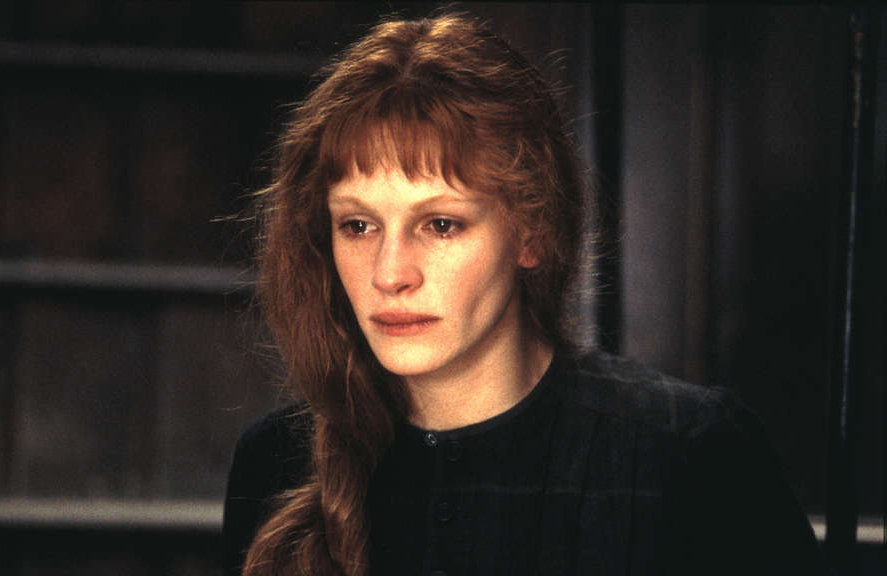 Reilly notices this individual as Dr. Jekyll, the master of the household, her direct employer. Dr. Jekyll is immediately infatuated with Reilly as he sees scars all over her. Reilly covers herself up even further as her body closes tight together in shyness and fright. The film moves with introducing Reilly’s household duties as she cleans Dr. Jekyll’s bedroom sheets and purposely avoids danger as she discovers fresh blood on them.

As the film follows Reilly, the audience learns that she has a sleeping disorder due to having night terrors from her childhood past of her abusive father. Reilly would wander around the corridors in the wee hours of the evening, where she bumps into Dr. Jekyll. Reilly becomes irresistibly attracted to her employer, and danger does not matter as her eyes are glued towards his whereabouts and well being. A strong sexual tension and attraction between the two are subtly noticed, and her fellow housemaids are jealous of her relationship with him.

The head housekeeper, Mr. Poole, question’s Reilly’s actions as he sees her lurking outside towards Dr. Jekyll’s hidden theater. Reilly quickly builds her courage as she announces an alleged promise from the master granting her to grow a garden in the courtyard area. Mr. Poole and the other housemaids questioned Reilly’s story as Dr.Jekyll walks in, confirming Reilly’s statement of his said promise. This was just the beginning to show that Reilly and Dr. Jekyll have each other’s backs in addition to the growing fascination. The seemingly distracted Jekyll then announces his assistant, Edward Hyde, would be welcome to come and go as he pleased as he trusted his servants to give Hyde the same respect.

Reilly learns to confide in Jekyll even further as one evening in the library she asks him to examine her scars. As Dr. Jekyll excitingly inspects her marks, he asks her how it happened. Reilly informed him how it was a punishment, as the film moves into a flashback. Each small discovery in the movie appeared to foreshadow key scenes later in the film. The flashback scene revealed the young Reilly dropping a glass on accident, angering her alcoholic father to the point that he beat her with his belt. His punishment progressed to locking her in a small room where  he returned with a bag of rats and left them inside the room to bite her. Reilly’s mother found her locked in the chamber and took her out, and that was the last time she saw her father. Dr. Jekyll was stunned by this story and somewhat fascinated where he had to leave the conversation, as though his assistant Hyde was hungry to come out.

Cutting into one of the most prominent scenes in the film was the next morning where Reilly served Dr. Jekyll’s breakfast. Jekyll informed to her that he was up all night thinking about what her father did. Assuming that she hated her father for being such a monster, however, Reilly surprised him by sticking up for her dad’s actions, blaming it on the alcohol. She explained that the drink, or said poison, was what made her dad turn into a different person. Dr. Jekyll became highly intrigued as he responded to Reilly, stating that the drink most likely “set him free.” The entire story is explained at the end of this scene by the intelligent expository dialogue between Reilly and Dr. Jekyll. Starting with Jekyll, “Haven’t you ever wished for a completely new life, Mary?” Mary responds, “No sir, what good would that do?” The curious Jekyll continues, “Suppose you were able to do whatever you wanted, with no consequences and no regrets, then what?” As Reilly sums up the ending of the film with, “I don’t believe there is such a thing with actions without consequences.” Following this scene, the audience follows Reilly in the village for the first time where she sends a letter to Mrs. Farraday, the head of the brothel house. Reilly seems out of place, as it is evident she seeks full comfort being inside the residence of her employer.

The first interaction Reilly has with the assistant, Hyde, is from that following night after she wakes up from her recurring nightmares. She notices someone running into the Operating Theater and decides to follow him. She rushes into the room and hears screams. Despite how frightened she was, she continued to follow. The audience sees Jekyll’s science lab for the first time. As Reilly follows the screams and footsteps, she gets caught and Hyde chases after her. Reilly runs away and hides underneath a table. The suspense captivates the audience, wondering if Hyde would kill Reilly at that moment. Instead, he speaks to her, yet his face is not revealed, saying, “I think we’ve had enough excitement for one evening,” and hands her keys to lock up the lab. 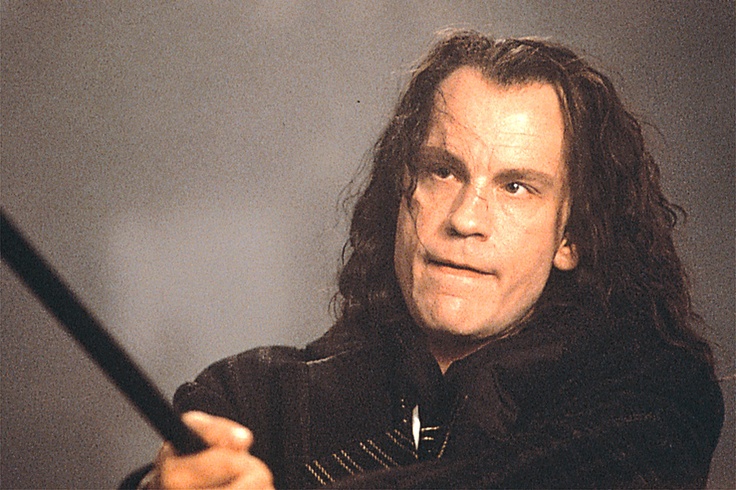 As both Jekyll and Hyde’s infatuation for Mary Reilly grew, so has their disturbing behavior. Jekyll urgently demanded Reilly’s assistance to head back to Mrs. Farraday. Reilly then rushes to the brothel and discovers a room filled with fresh blood and gore where Jekyll’s handkerchief was left as evidence. Reilly looks terrified yet continues to feel for him as she tries to make a reason or excuse for this immoral behavior. This leads to Reilly’s first face-to-face interaction with Hyde. After confronting Jekyll of what she witnessed in the brothel, she wanders in the library, and a voice whispers into her ear, “Mary Reilly.” Dr. Jekyll’s interactions with Reilly remained innocent and reserved. However, Hyde displayed no boundaries as he attempted to seduce her in a crass and perverted way.

The film continues to build the relationship that Reilly has with both Jekyll and Hyde. As the temptations grow, the sickness and madness increase as well. Towards the end of the film, Hyde attempts to murder Reilly. He looks into her eyes and says, “What stops me from killing you?” Despite being attacked, Reilly looks inside Hyde’s soul, knowing that Dr. Jekyll is there as well, and gently touches his face. Hyde admitted to her, “I always knew you’d be the death of us.”

Shortly after, a crying baby noise is revealed. Reilly sees the Hyde to Jekyll transition for the first time. The special effects were used in a realistic way and remained minimal as the spine breaks and morphs into Jekyll. Reilly looks at him and confesses, “He took pity on me.” Jekyll looks and says, “He took pity on me as well.” It was evident that love poisoned Hyde, as he poisoned Jekyll that also poisoned himself. The weeping Reilly explains, “Takes his life and leaves your life to suffer.” The dying Jekyll informed her that, “It was the only device to set you free. It was inevitable from the moment I found out I was able to achieve what I always wanted. To be the knife as well as the wound.”

The film concludes with both Jekyll and Hyde dead on the table in the Operating Theater. Reilly looks at him and says, “You said you didn’t care what the world thought of you. Nor would I.” Leaving a stronger and fearless Reilly, she walks outside the master’s corridors in the fog until she fades out.

Twenty years later, the unique romance between Mary Reilly and Dr. Jekyll still moves viewers. It showcased more than just a matter of Good vs. Evil when one faced the demon of his sickness from deep inside. As Jekyll continues to repress his urges and darkest desires, Hyde managed to release all of his inhibitions and fear to the extreme. The set remains close and entangled, where it follows how Mary feels, trapped and lost. A film where nightmares do come true and evil prevails, the ambiance makes it a Horror classic. 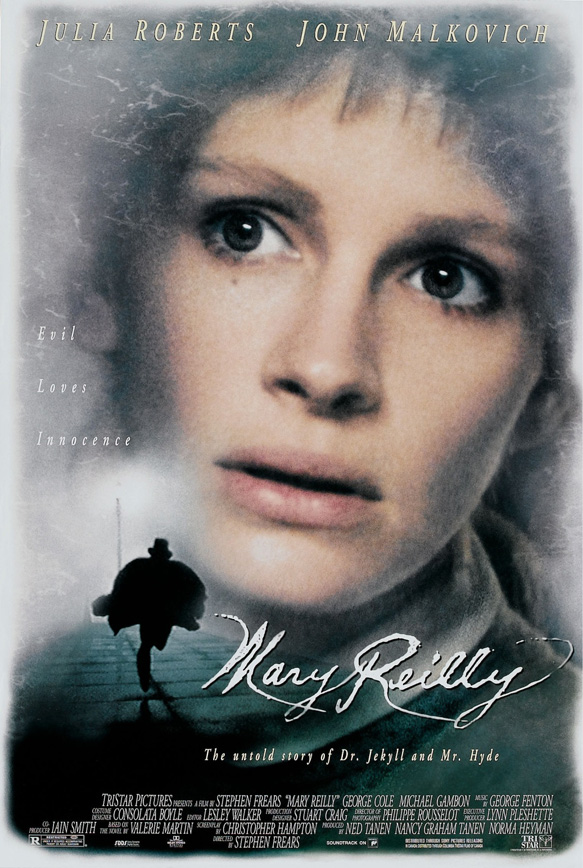