Produced by KS Pictures and directed by freshman Filmmaker Keith Sutliff, The Mason Brothers is a Crime Thriller in a similar vein to the genre flicks of the ’80s. Opening nationwide on April 14th, the film stars Brandon Pearson (The Maze 2010, Artifice 2016) and Matthew Webb (Hawaii Five-O TV series, Lucky Juliet 2011), focusing on a group of criminal outlaws who have to regroup after a tragedy robs them of one of their own. 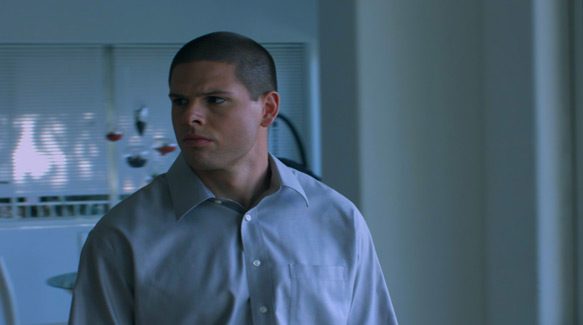 Having a bit of a buzz around it, The Mason Brothers is very much a product of its influences, and those influences vary widely. In style and tone, the director pulls liberally from different directors, different genres, and even different formats of entertainment, always a risky proposition for a filmmaker. Bringing together a number of different influences and shaping them into a single cohesive piece of material can often make something that feels entirely fresh – but you always run the risk of the film never soaring because it never ends up feeling like more than the sum of its parts.

At times, The Mason Brothers can seem like a number of different films entirely, and it does suffer somewhat from it. Not every part of the production is on the same level of quality as the other parts, and it becomes obvious fairly quickly which style the film is more comfortable working in.

The grand divide is between the moments where the film is operating as a gritty Crime Thriller, and the moments when it’s operating as an intimate character study. Ideally, these two modes should always be informing each other, but throughout this film’s 110 minute runtime, they operate as two distinct modes in a manner that means the film simply never really congeals.

The quality of the dialogue and the performances are the perfect case study in this; there is a tangible difference between the care that went into writing these characters when they are advancing the plot and when they are just talking. The dialogue when the film is in “gangster flick” mode tends to be clunky and overly expository; plot points are hit without finesse, important background details are thrown in entirely unnaturally, and a lot of lines seem clipped and overly pointed. 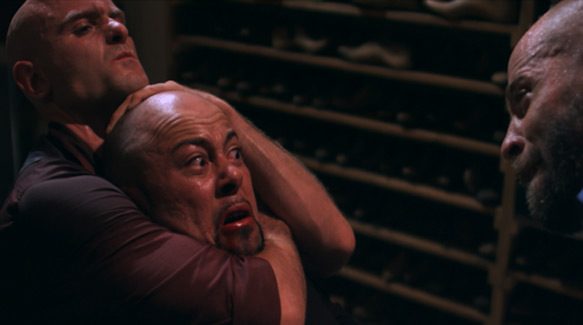 The performance’s often do not help – many of the actors do not seem comfortable in this role, and consequently what you get is poor dialogue delivered unconvincingly, which only serves to draw attention to the obvious writing.

It is a shame that this is the mode that The Mason Brothers begins in, because as it progresses, the quality of all of this raises dramatically whenever the characters on screen are not having to serve the explicit needs of the plot. The film intermittently takes on a more free-form feel, focusing on the characters and drawing heavily from theater rather than crime films. In fact, at points, it begins to feel very much like a stage play, and this is clearly intentional from the way that the production leans into this – the action becomes centered around these quick-talking characters talking about a table, the camera work shifts to wider shots and the lighting gets so low and the set is so sparse that they might as well just be on a minimalist theater stage.

It is in these periods that things suddenly improve by leaps and bounds; the dialogue becomes playful, the characters vibrant, and the performances confident. There is one specific monologue in the middle of the film that is particularly memorable, wearing its Tarantino influence proudly on its sleeve by directly referencing Christopher Walken in the middle of it. This is when The Mason Brothers feels natural – when it is channeling the camaraderie of Good Will Hunting and similar films, and it is something that fades in and out as the film, feeling almost binary. As stated before, there are two different films here that could mesh together just fine – but the execution of one half of the equation simply stops that from happening.

To be clear however, not all the performances suffer this issue of dualism; Pearson is consistently memorable and comfortable with his role, playing right into the general tone of hyper-masculinity that The Mason Brothers is going for. Dark, stark, and gritty; the film is successful in using its cinematography to establish this masculine atmosphere, emphasizing that the world of these characters is most certainly a man’s world. 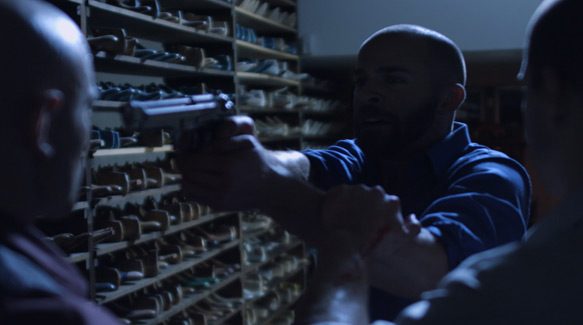 It is also successful in how the script manages to throw us quickly into the mindset of the characters – there is little slow build here, and there should not be. This is about a group of panicked, angry rats acting out of vengeance and desperation; the film is right to begin in media res and only build on the claustrophobic intensity from there.

Overall, The Mason Brothers is a fractured film with too many recurrent flaws to give absolute praise to…but when it works, its flashes of inspiration turn into a genuinely compelling film about a world many viewers would happily spend more time in. For that, CrypticRock gives The Mason Brothers 3 out of 5 stars. 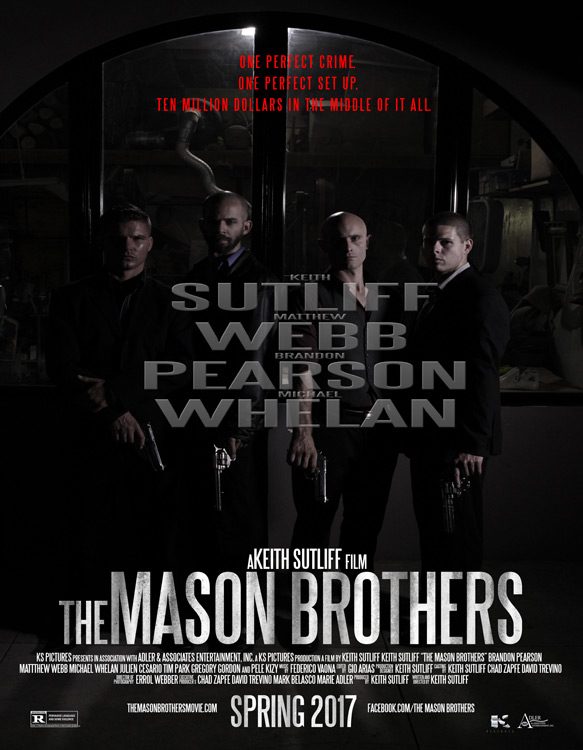 The Allman Brothers Band – Down In Texas ’71 (Live Album Review) Nobody (Movie Review)
Like the in-depth, diverse coverage of Cryptic Rock? Help us in support to keep the magazine going strong for years to come with a small donation.