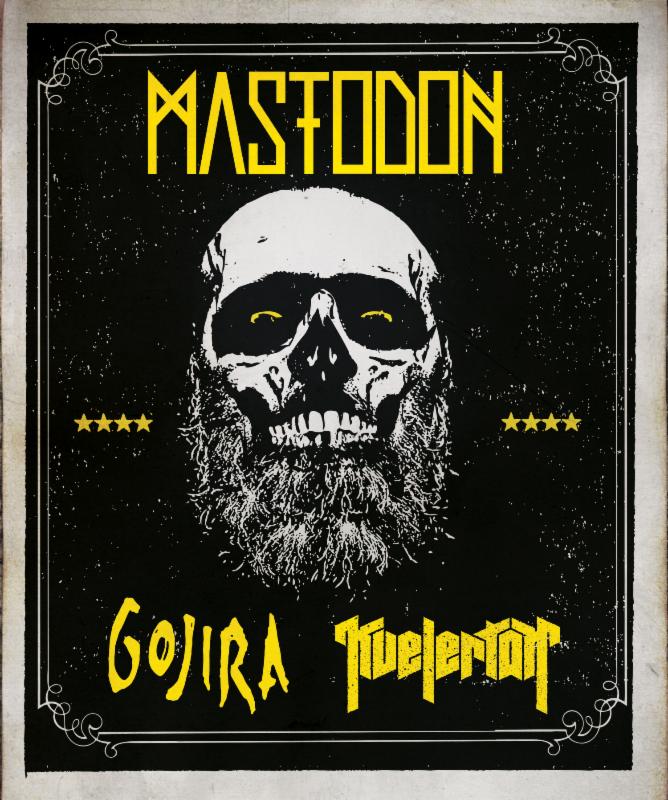 Ending weeks of speculation Mastodon have announced that they will hit the road for a headlining spring tour with support from Gojira and Kvelertak. The tour kicks off April 28th in Seattle and criss-crosses the U.S. before culminating in a performance at the Rock On The Range Festival on May 18th. Tickets go on sale this Friday, February 7th.

Mastodon have been in the studio in Nashville with Grammy Award-winning producer Nick Raskulinecz (Foo Fighters, Deftones) working on the follow-up to their critically acclaimed album The Hunter, which entered the Billboard Top 200 Album chart in the Top 10 and found its way onto several Year End/Best Of critics’ lists, including those compiled by Rolling Stone, Spin, Revolver, Decibel and many more. More details about the new album will be announced soon. Until then, stay tuned to www.mastodonrocks.com. Details on the release of Mastodon’s anticipated 6th studio effort will be revealed soon.