Mastodon – Once More ‘Round The Sun (Album Review) 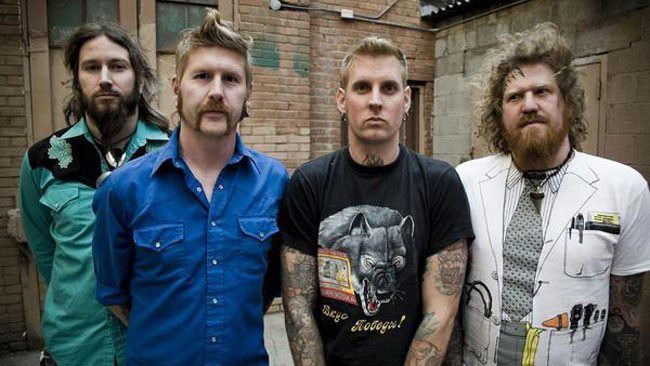 Straight out of Atlanta, Georgia is highly touted Metal band Mastodon.  Composed of bassist Troy Sanders, guitarist Brent Hinds, guitarist Bill Kelliher and drummer Brann Dailor, three of the four members of the band contribute to vocals, making for a unique sound  unlike anything else in Metal. Immediately gaining praise with their 2002 debut Remission, their sophomore effort in 2004, Leviathan, was awarded ‘Album of the Year’ by Revolver, Kerrang!, and Terrorizer magazines.  Thematically based on Herman Melville’s famous American Novel Moby Dick, the song “Blood and Thunder” was even chosen as one of the most important recordings of a decade by National Public Radio in 2009.  Since, progressing with each album released, this band have toured all over the world and seen their popularity grow extensively; ranking them one of the top Metal bands in the world.  Now three years after the release of 2011’s enormous Hunter, Mastodon offer audiences their sixth studio album, Once More ‘Round the Sun.  Produced by the Grammy-winning Nick Raskulinecz, the eleven new tracks clock in at just under one hour and feature attention grabbing album artwork from Oakland-based artist Skinner.

Starting off Once More ‘Round the Sun is the song “Tread Lightly” which keeps the harder Rock feeling consistent with what new and long-time fans love about the band.  Following is the intense, drum heavy “The Motherload” highlighting what Dailor does best.  This flows into lead album single “High Road,” featuring heavy groove guitars and haunting vocals.  With their creative talent pulled together, there is nothing this band cannot  accomplish with their sound. An example of seamless potential is “Chimes at Midnight” with melodic vocals throughout and extraordinary fine-tuned instrumentation.  Silencing naysayers which claim Mastodon have made a turn for a more commercial sound is wonderful “Asleep in the Deep.”  With appearances from Valient of Valient Thorr and Ikey Owens of The Mars Volta, the song has a melodic deep mood that could easily fit in with previous albums such as 2009’s Crack the Skye.

Opening with beautiful guitar riffs and Dailor backing on drums, “Aunt Lisa” is a twist of diversity from the prior tracks off Once More ‘ Round the Sun. Complemented by guest appearances of Punk band The Coathangers and Assjack’s Gary Lindsey, a distinctive sound, the intro, lyrics, and Grunge-like screams will keep the listener spinning until the final note. Moving along, another great intro off of this album comes from the tune “Halloween.”  This fun upbeat number fits like a glove with all the rest with tremendous riffage that resonate within the mind of the audience. Closing out the album, “Diamond in the Witch House” has a guest appearance from Neurosis Scott Kelly and really shows off the drum fills that help to pull this song into a piece of art.

With magnificent force blowing through the listeners’ ears and mind, this is a band that has always been worth waiting for. When it comes to the new face of Rock music, Mastodon has shown that there will always be a light at the end of the tunnel.  The huge riffs work well with each song and make for an interesting listen throughout the album.  CrypticRock give Once More ‘Round The Sun 4 out of 5 stars. 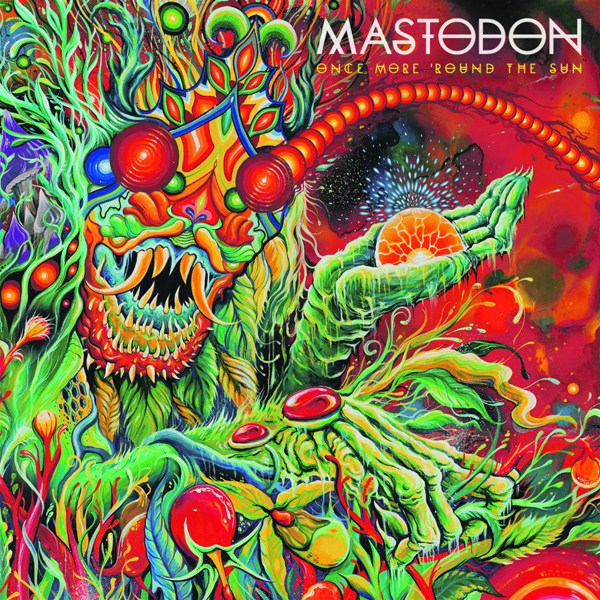