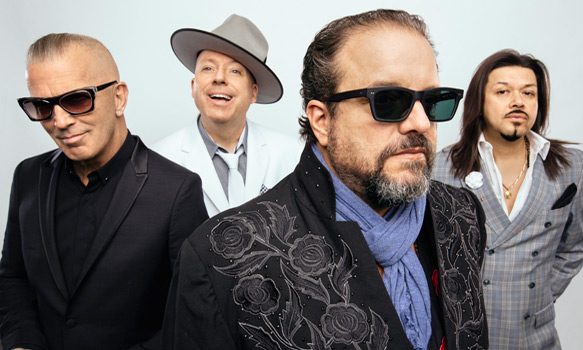 Some of the very best music does not always fit into any preconceived genre. That said, one band that refuses to be pigeonholed are The Mavericks. An eclectic band which mixes neotraditional Country music, Latin, and Rockabilly, The Mavericks have been in the game now for over two decades.

Hailing from Miami, Florida, interestingly, when they first began, they would often be on the same live bill as the one and only Marilyn Manson. What does this say? Well, not much considering the two acts are vastly different, but is that not the point? The Mavericks defy the concept of genre and they are damn proud of it.

Facing their share of internal struggles like any band, it would not be until 2011 the guys would announce a reunion tour slated for 2012. A hit with fans, The Mavericks came back, revealed, and released In Time a year later, to positive acclaim. Overcoming the dismissal of long-time Bassist Robert Reynolds, they continued on with Mono in 2015, marking yet another hit for the band. Now in 2017, The Mavericks are back with their new album, Brand New Day.

Set for release on March 31st, Brand New Day has The Mavericks’ eyes turned toward independence. That is to say, the album will be the very first release on The Mavericks’ own Mono Mundo Recordings label, and a fresh start for these musical, well, mavericks. “This is the first studio record on our own label, and it is an important component in the band’s history,” notes Malo, “but the real goal was just to make a great record.”

Recorded with the lineup led by Raul Malo (vocals), Paul Deakin (drums), Eddie Perez (guitar), and Jerry Dale McFadden (keyboards), along with auxiliary members, known as “The Fantastic Four, who flesh out the group’s sound with horns and accordion, it is an album full of excitement. Ten songs in total, it is artfully arranged and a sequential journey to connect musical dots, and, like their past releases, it was co-produced by the group themselves. The end result is an album that is tight and precise, yet relaxed and enjoyable. This shows on tracks like “Ride With Me,” with its road-tripping vibe. A perfect example of the band’s successful brand of cross-genre pollination, the song beautifully embraces what makes The Mavericks so special.

Later on, “Goodnight Waltz” will bring listeners back time and time again to embrace its thoughtful and introspective horns, whole accordion and keys wrap themselves like a starry night around Malo’s vocals. Meanwhile, “Damned (If You Do)” stands firmly in that place between: a cross-genre track that sits comfortably in neither the Rock nor Country categories; thanks to Guitarist Perez and Drummer Paul Deakin, it stands with beautiful strength in both worlds.

Moving on, “I Will Be Yours” heads into a space that is obviously influenced by Elvis Presley’s “It’s Now Or Never” and the anthemic Pop of the 1960s. Thereafter, the smooth vocal style of “I Wish You Well” sits comfortably in that space where existing fans and new ones alike can connect to the music. While the song is occasionally predictable, lyrically speaking, it ultimately forms a long sweet hug goodbye and a hello all at the same time. Given the opportunity to contribute as a songwriter, Malo’s explosive vocals take to new heights as his personal inspirations soar.

Overall, Brand New Day blends Country, Pop, and Americana into a representative journey through musical ethnicity. From the Tex-Mex feel of opening track “Rolling Along” to the closing track “For The Ages,” long-time fans will feel at home. Each band member has an opportunity to step out front and shine on Brand New Day, making the album a perfect representation of where The Mavericks are as musicians in 2017.

All this said, after two plus decades with some detours and roadblocks along the way, The Mavericks have effectively avoided becoming predictable. This is because they continually find that harmonious blend of who they were as a band and who they are now. For its beautiful blend of these qualities, genre-busting glory, and so much more, CrypticRock gives The Mavericks’ Brand New Day 5 of 5 stars. 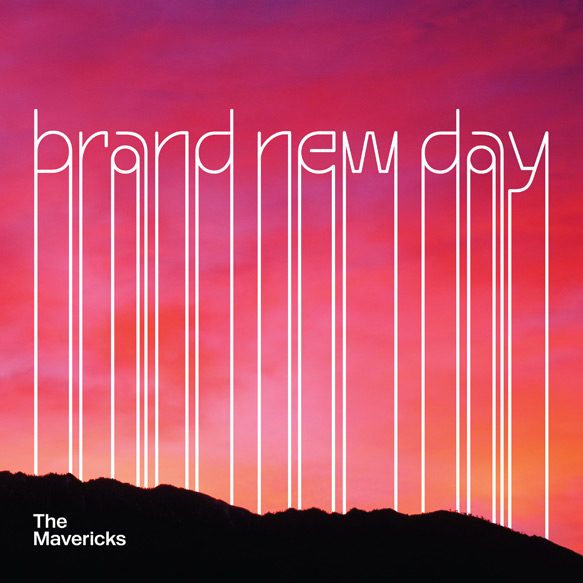