Mavis Staples – If All I Was Was Black (Album Review) 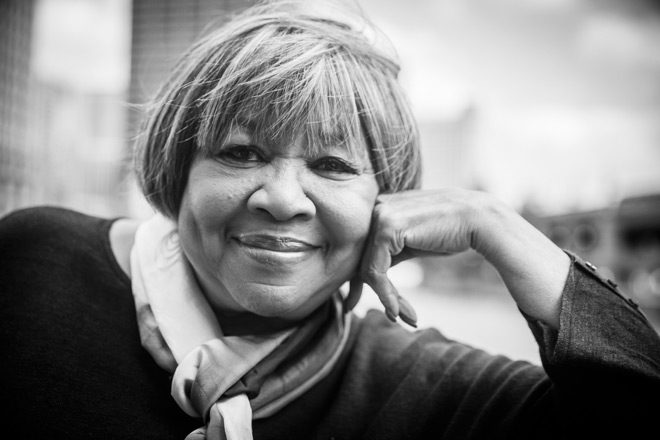 R&B/Gospel Singer Mavis Staples is no stranger to living through socially tense times. Born in 1939, she lived through times of segregation and then the African-American Civil Rights Movement that rose during the mid ’50s into the ’60s. Now, in 2017, seemingly more divided than ever, times are certainly stressful and it seems like everywhere we turn there is more tension followed by bad news. Thankfully we have the positive force of music that, if done right, should unite. The socially aware Staples believes in that power and returns with her brand new album If All I Was Was Black on Friday, November 17, 2017 via ANTI-Records.

A powerful, signature voice, If All I Was Was Black is Staples’ third collaboration with Wilco Frontman Jeff Tweedy. A partnership which began in 2010, their first effort together, You Are Not Alone, won a Grammy Award for Best Americana album. Then nominated for a Grammy again with 2013’s One True Vine, it became clear this is a match made in musical heaven.

Moving forward with If All I Was Was Black, they teamed up to create an entire album of original songs. So what do you get? Putting it simply, If All I Was Was Black delivers an integration of the purest form. It is a pure political statement delivered with a Soul groove touched with Gospel and Rock mirroring current events.

Largely positive, yet lyrically tinged with anger, this ten song effort touches the experience of Staples. From the telling, opening track “Little Bit” to “We Go High,” indirectly paying tribute to Michelle Obama’s speech in 2016, to the gritty vibe of “Try Harder,” this is a simple record that resonates with anyone that is not living with the illusion that there is equality among races in the world. As mentioned, a child of the civil rights era, Staples witnessed the horror and experienced the fear personally as part of the Gospel circuit was invited to the funeral of Emmett Till, a fourteen year old boy who had been found dead in the Tallahatchie River near Money, Mississippi. “Try Harder” is that anthem connecting the brutality of life as a black person to hope of a better tomorrow through forgiveness.

All this mind, her eighth decade as a singer comes full circle with If All I Was Was Black. It has everything she is known for. For example, “Told You That” has the Blues feel of the late 1960s along with full backing vocals and colorful guitar riff color. Then there is a call out to action with “No Time For Crying” before”Build A Bridge,” where Staples pulls in a rallying spirit to bring everyone together in spite of race.

Working to create an intergenerational, interracial pairing, Tweedy explains why he decided to tackle the state of the union, “I’ve always thought of art as a political statement in and of itself—that it was enough to be on the side of creation and not destruction. But there is something that feels complicit at this moment in time about not facing what is happening in this country head on.” The amazing fact is that Staples and her art is a time capsule, her vocals rich with emotions.

Yet there is still so much more here, like early album track “Who Told You That?” which really strikes a nerve. Raw and real, it finds connection to racial insanity all over again, making it the creme of this collection. Furthermore, album closer “All Over Again” reaffirms the message of the album, sounding like Staples and Tweedy sitting on a front porch reflecting through music.

Overall upbeat and hopeful, If All I Was Was Black drives a message of love. That in mind, the iconic voice of Mavis Staples needs nothing to set apart the connection that listeners have felt for generations. Finding a way to bring more attention to the experience of being black to audiences of all kinds, If All I Was Was Was Black is a lesson in the grace, elegance, and talent of one of the great voices in not just Black American history, but all American history. For these and so many reasons more, CrypticRock gives this album 5 out of 5 stars. 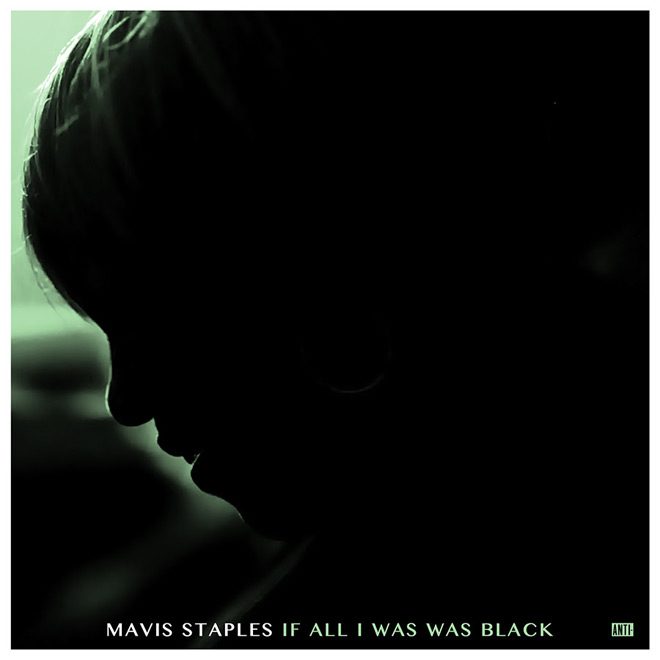 Purchase If All I Was Was Black:

Black Veil Brides – The Phantom Tomorrow (Album Review) Myles Kennedy – The Ides Of March (Album Review)
Like the in-depth, diverse coverage of Cryptic Rock? Help us in support to keep the magazine going strong for years to come with a small donation.