Melvins – A Walk With Love And Death (Album Review) 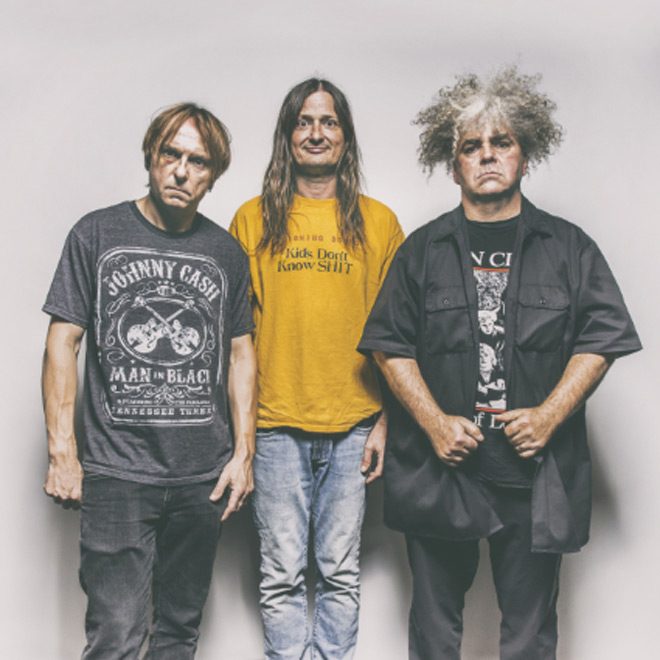 Washington state’s own rockers the Melvins, geniusly play on words, released Basses Loaded on June 3rd through Ipecac Recordings. Praised as one of the most influential bands on the Grunge movement that still manage to keep throwing out new mixes of genres into their creations to this day that are never short winded, Basses Loaded featured every member that has been a part of the band over the previous decade, with special attention given to the six bass players. Now just over a year later, the Melvins return with a new twenty-three song double album on July 7th, 2017, A Walk With Love And Death.

Also to be released via Ipecac Recordings, the album, like its title, comes in two halves, Love and Death, of course. The Death portion is a proper Melvins album featuring stagnant Bassist Steven McDonald and Drummer Dale Crover, who is the only other stable, almost original member besides Vocalist/Guitarist Buzz Osborne, aka King Buzzo, who there could be no Melvins without. Sometimes they add another drummer on stage for an odd yet highly effective characteristic, but primarily they rule life as a trio.

The Love portion of the album is actually a short film score which is produced by the Melvins, and directed by Jesse Nieminen and features some extra added bonuses. Basically, the Melvins are all over creation once again in an absolutely insane, yet purely experimental, psychedelical, astounding way that never fails.. That in mind, Walk With Love And Death dives into an uncharted territory that straddles the line between ’70s Rock to that of modern day.

The major difference between Death and Love, besides the obvious that one is a soundtrack, is that Love adds more noise elements and plays with the Theremin, modular synth, and other specialty noise devices. This is while Death plays on psych elements among other compatible styles.

The noise effects are put together in such an innovative way that they could be compared to early Kraftwerk. Yet, obviously, they have more modern technology in which to blow the listener’s mind with. It is highly commendable how active the Melvins are as of late, but also since their inception as they not only average a release a year, but they are now on their twenty-fifth studio album. Thus, they have completely convinced the masses that they are timeless, insane risk takers, and brilliant in all aspects of their musical capabilities.

Although the Death album is tracked first, it seems more fitting to talk about Love first because it is a very focused insanity of noise elements that create an originally wild story full of oddities and Theremin effects galore. This all seems to blend the story while changing drastically in context from one song to the next. The finale of it all, at song number twenty-three, is “The Asshole Bastard,” which features space alien Theremin sounds along with garbled voices in the background. The beginning of Love starts with “Aim High” before it quickly drenches into “Queen Powder Party,” which is a never-ending synth fest.

Later on, “Give It To Me” sounds a touch like a party at The Brady Bunch house, and is the most psychedelic of them all after the Death tracks of course. Immediately following, the listener is shoved into a strange dungeon vibe tune called “Chicken Butt” for the win. The other title award on this half goes to “Eat Yourself Out,” a song full of background voice echoes and crescendo-ing noise blasts and bleeps. Then the journey of “Halfway To Bakersfield” happens as quite the technologically melodic interlude of noise. With the echo factor pulling more chaos into play, on “Pacoima Normal,” the plot thickens, and climaxes with the literal sounding electro enhanced footsteps of “Trackstar.” The most wild achievement of all on the Love portion of this album is that a film has been already created in the listener’s head despite the lack of visual knowledge of the actual film, and this proves to be all the rage.

Moving onto the first nine songs that are the Death portion of the album, listeners will be instantly transported to the most calming environment one can imagine. This starts by escaping with the song “Black Health,” which ranges just under seven minutes long of pure trance effect Rock-n-Roll. Rolling passed this seductive tune, next comes “Sober-dellic,” which also serves up some mellow psychedelic elements and is somehow reminiscent of a drug induced nighttime camping adventure. It could be the best song on the entire double album simply because of the feeling of euphoria it creates deep into the listener’s soul.

Thereafter, “Euthanasia” is a doomy Stoner Rock type classic that marches into a mysterious territory of lust and wonder. A short and sweet, almost ’60s or ’70s Disco vibe, interlude comes into the mix called “What’s Wrong With You,” leaving a lasting impression despite its abrupt ending the same as its beginning. The next few tracks are reminiscent of all kinds of early ’70s bands such as Jefferson Airplane and even a minuscule amount of Cream with “Edgar The Elephant,” “Flaming Creature,” and “Cactus Party.” All this said, this album is its own entity. It is as strong in writing and compilation skills as possibly the very best works from the Melvins over the last two and a half decades.

The Melvins will always be a one of a kind band who can provide something uniquely suited for everyone considering the great insight and influence they provided Rock-n-Roll. How this band of masterminds will pull this album off in a live setting it remains to be seen, and if they would dare attempt the Love portion as part of a stage show? All in all, A Walk With Love And Death is a wonderful celebration of their career. For these reasons, CrypticRock give it 5 out of 5 stars. 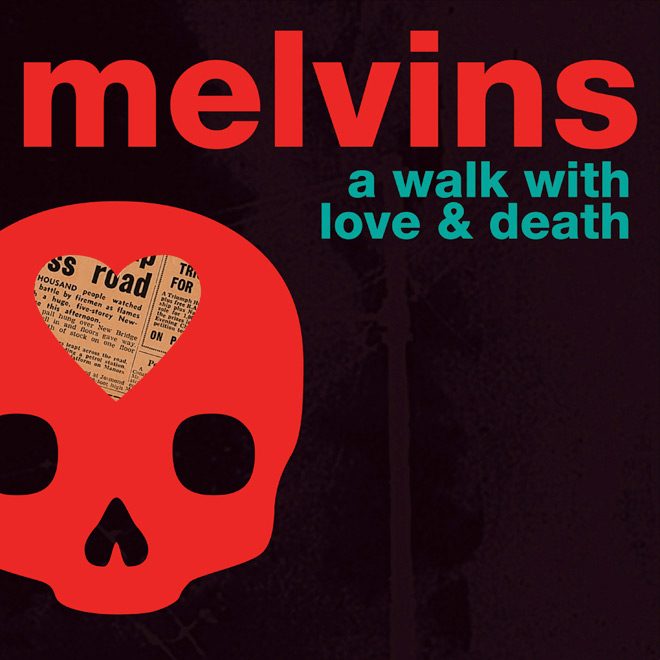