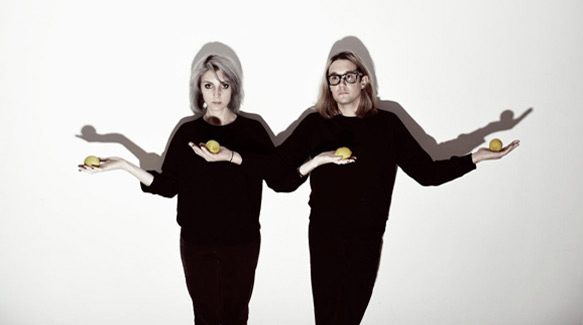 The knight and shining armor of all this hullabaloo that beholds the cleanse is none other than the creation and wholeness of a project so fittingly titled, Lemon Memory; the blood and sweat, the ultimate sacrifice of a tiny Indie band from Leeds, England called Menace Beach. At least that was the jumping off point in mind for Liza Violet and Ryan Needham upon their launch of an ever luscious undertaking,their sophomore album, aforementioned Lemon Memory.

Looking back, the success of their 2014 EP, Lowtalker, and 2015’s debut album, Ratworld, paved this path for Menace Beach. That said, they use Lemon Memory as an opportunity to pin down their identity through experimentation of melodies, textures, and sounds they had previously left untouched. Although there are many attempts to associate them with the Alternative scene of the 90s, and listeners often declare their influence to be resonant of shoegaze pioneers like My Bloody Valentine, Violet and Needham claim it is hardly a nostalgia act and they do make efforts to breathe in new life into their style despite the echoes.

Released on January 20, 2017 via Under Memphis Industries, Lemon Memory was recorded in Sheffield with the help of prominent producer, Ross Orton, co-producer of Arctic Monkey’s critically acclaimed 2013 album AM. So while Ratworld was the skeleton of Needham’s imagination, this new album is very much driven by Violet’s vision and hunger for a more drone-y, hell-stoked sound. That in mind, the beachy Grunge-Pop princess claims her throne by exposing her gifted craft of melodies while illest riffs swiftly and sweetly befriend in all its ghostly glory.

So as an attempt to expel the bad energy from the lemon-curse, their first sacrifice in this nutty occult is “Give Blood” where Needham raises an interesting lyrical question, “Why do I sing about death?” Here, listeners can close their eyes and soak in all its dark introspection, sharp with electrifyingly punchy guitars and a veiny solo at the end.

Then, opening their eye, all is dark again with “Maybe We’ll Drown,” their first single and video released off the album. In this acidic tune of impending doom, Violet stars in the band’s video. It is here she sways in a ritual-like movement with a face tin-white and grave, and whether it is a cleansing ritual or a satanic one, that is questionable. What is certain however, is the spine-tingling riff and a rhythm akin to a war soldier’s march that pulls in.

It is not until “Can’t Get a Haircut” that the audience gets the sweetest, thickest nectar of melody and guitar. It is bluesy and sassy, as well as similarly abrasive to “Sentimental,” a hookless and steady tune that also stands out. “Sentimental, I don’t think so,” Needham sings, but perhaps sentimentally so, as they journey to one of their most hauntingly tender moments of the album, “Owls.” Uncertain of whether the spell is broken or further induced here, it is a mystical and warm tune irresistible as death. It is difficult to remain afloat in its hypnotic eeriness and ticklish strings. Feel the melts of lovelessness drown, as the song charmingly voices “nothing is real anyway.”

Who knew that a curse in all its citrusy malignity could be the mother of such a feathery and whimsical eargasm. Much like a psychedelic carousel spinning around mindlessly, the rush of Lemon Memory feels so freakin’ good. Whether the album breaks the curse or not, and whether it is suggestive of sounds from the past, out of lemons, Menace Beach unquestionably make the sweetest, most thirst-quenching lemonade. For these very reasons, Crypticrock gives Lemon Memory a 5 out of 5 stars. 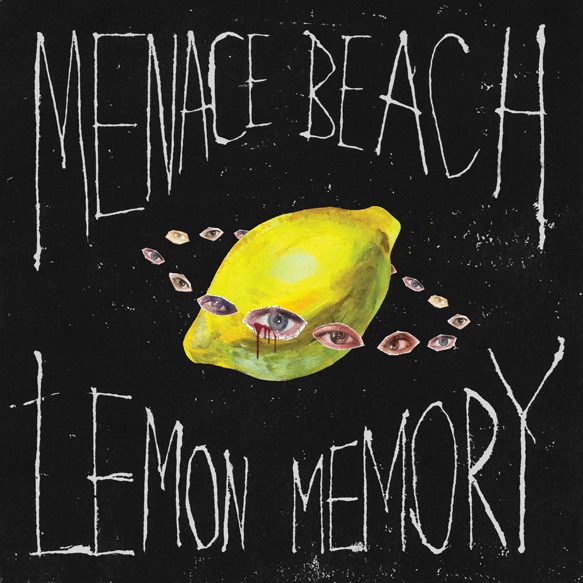