The Menzingers – After the Party (Album Review)

February 3, 2017 The Menzingers – After the Party (Album Review) 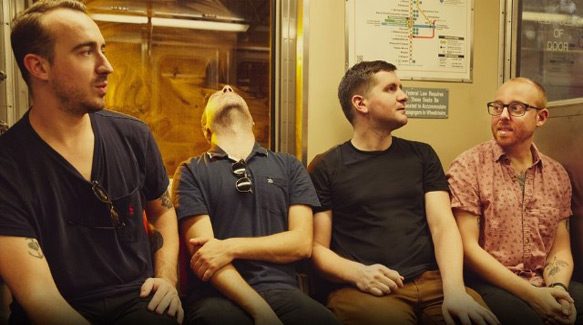 Purely passionate and emotionally energized, there is only one word that comes to mind when thinking about The Menzingers, and that is zeal. A little over a decade into their career, Scranton, Pennsylvania’s very own Punk Rock quartet have become one of the hottest acts on their respective scene.

Not a feat that happened magically overnight, through ambition and dedication, the teenage versions of Greg Barnett (vocals and guitar), Tom May (vocals and guitar), Eric Keen (bass), as well as Joe Godino (drums) took a farfetched dream and completely transformed their lives into a whirlwind of possibility.

Creating killer music and positive vibes, through each record release and tour, the band only grew bigger and got better, making them a prime, successful, and definitely unique Punk Rock band. Staying true to who they are, their latest album, After the Party, is bound to take the band to even greater heights.

Their fifth overall album, released via Epitaph Records on February 3rd, blasts off with “Tellin’ Lies,” an absolutely thrilling and upbeat piece. Fun, spunky, and completely catchy, this track sets the mood for the entirety of the album; “Where we gonna go now that our twenties are over?” Highlighting the best of The Menzingers, the guys are shining brighter than ever, even heading into their thirties.

Continuing on with the mayhem, “Thick As Thieves” is just as memorable as the first, but stands out on its own. With each track telling a unique story of young adulthood, it is interesting to see how one can relate to such a shift in their life with some good old Punk Rock to guide the way, making After the Party one for the books.

Setting a slow and depressing tone to begin with, “Lookers” takes a playful turn with a jumpstart in instrumentation and fun lyrics; “That was the old me, I was such a looker.” A song about girls and the “old days,” this piece is truly amusing and just might hook anyone on After the Party. One of the best songs off the record, “Midwestern States” is scarily relatable and showcases visionary lyrics accompanied by raw vocals and powerful instrumentation. Focusing on “real” adult frustrations and old nostalgic memories, this track is sure to hit a large portion of their following, making The Menzingers an even cooler group of musicians.

Young love, “Charlie’s Army” is about just that. Upbeat and gung-ho, this pieces revs the engines of Julie’s ex boyfriend, an absolutely fun and spontaneous track of what it is like to have a crush on someone that could ultimately get you in trouble. With a true Punk Rock sound, “House On Fire” rolls on in with memorable melodies and a great overall composure. Not the best, “Black Mass” jumps in to redeem After the Party. Slower than most, this track features raw emotion with lyrics, “Do you really want to throw it away?” to sum up the entirety of the piece. Picking right back up, “Boy Blue” is a wholly masterful song, warranting its place on the record, as each other track has. With every unique and personalized song to come, The Menzingers have clearly stepped up their game with this one, making After The Party a true hit.

Definitely a favorite, “Bad Catholics” is extremely catchy and was a perfect choice to release as a single to get their wide following absolutely hyped before the actual release of After The Party. Stealing the spotlight, this track is truly brilliant, making listeners candidly excited for the rest of this Punk Rock album of the year. Not letting down anytime soon, “Your Wild Years” is just as enthusiastic. Totally bangin’, The Menzingers have outdone themselves with this wholly unique and impassioned record.

Taking a drop in tone, “The Bars” is all about drinking. With an unexpected pickup halfway through the piece, this song is thrilling and complex. Absolutely soaring, the title track, “After The Party,” is surely a work of genius. Clever lyrics and upbeat instrumentation, nothing tops After the Party, and closing out with “Livin’ Ain’t Easy” goes to show the amount of honesty, zeal, and soul that went into each and every track.

One of the best Punk Rock albums to be released in some time, The Menzingers have absolutely hit the mark with After the Party. Taking life and creating their own true meaning to adulthood, the guys have poured their hearts into making the fun times last. With a record that stops hearts and hits closer to home than one can imagine, After the Party will become a staple in many fans’ collections. That is why CrypticRock gives the stunning and heartwarmingly brilliant After the Party 4.5 out of 5 stars. 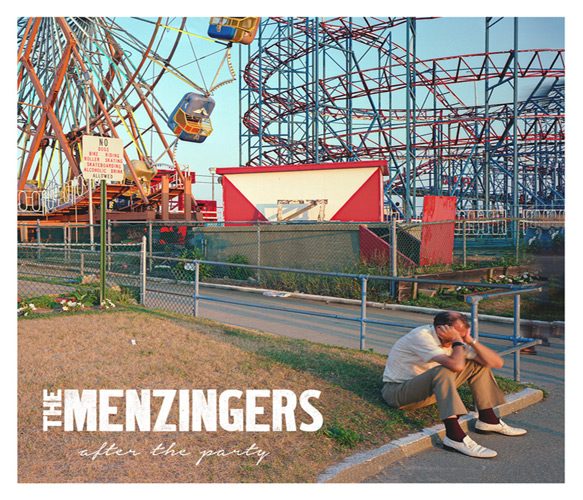