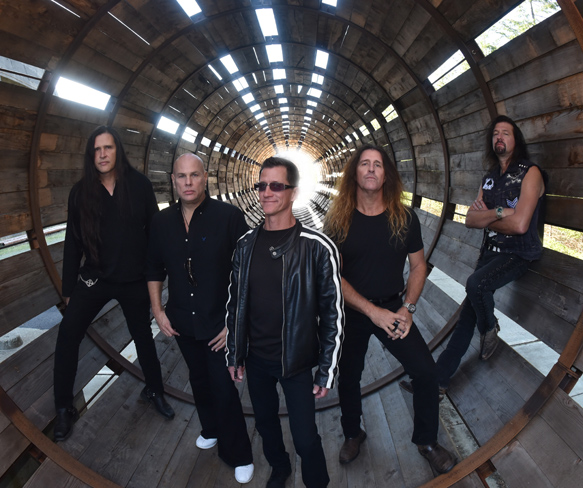 It is an interesting time for grizzled veteran Heavy Metal band Metal Church. Following the departure of former Vocalist Ronny Munroe a year after the release of 2013’s Generation Nothing album, fans were left wondering if the band would continue. After a few breakups in the past, it was not out of the realm of possibilities, but the band vowed to move forward. Luckily for fans, they did not let Munroe’s departure stop Metal Church for very long at all and pleasantly surprised everyone with the announcement that former Vocalist Mike Howe would be returning to the fold. Marking his first time with Metal Church since 1993’s Hanging in the Balance, long-time followers were elated to hear the news. Now in 2016, they return with their eleventh studio album, aptly titled XI. Featuring the lineup of Howe, founding Guitarist Kurdt Vanderhoof, Guitarist Rick Van Zandt, Bassist Steve Unger, and Drummer Jeff Plate, the album hit stores on March 25th via Rat Pak Records and impressively has ranked in the top 200 of a list of countries’ charts. With that in mind, how does their latest effort stand up?

For starters, XI is quite a throwback to ’80s style Metal song arrangements and vocals. If nothing else, it is consistent with what fans would expect. Howe’s falsetto and the guitar work of Van Zandt and founder Kurdt Vanderhoof gel very well together, and the choruses on just about every song are catchy and sound good. The opening track, “Reset,” comes out of the gate fast, with a riff reminiscent of Maiden’s “2 Minutes to Midnight.” Everything offered in this song is what the album gets right throughout; a strong, solid start, very good vocals from Howe, and a chorus that is easy to nod along to. The next track, “Killing Your Time,” gives much of the same, but with some really good drumwork from Plate, who shines pretty well on the album overall. There is a good reason why these two are a couple of the singles released for the album thus far.

After that, the next three tracks, single “No Tomorrow,” “Signal Path,” and “Sky Falls In,” all start of a bit slower and do not possess the intensity of the aforementioned singles. These songs sound especially like ’80s Metal did in their heyday, and that is both XI’s biggest strength and weakness, depending on one’s point of view. Those who appreciate the throwback sound will find the songs executed well enough and produced very well by Vanderhoof and accomplished engineer Chris “The Wizard” Collier. Next up is one of the best songs on the album, “Needle and Suture.” This one is a welcomed departure from the more mellow tracks before it and will grab the audience right away with its Megadeth-like chugging and power chords. In enough words, this song would make a great addition to a workout playlist as it can really get the blood pumping.

Moving along, “Shadow” is a good track for Howe to showcase his vocals. Reminiscent of a lot of old Dio, that is not a bad thing at all, since Howe can really belt those notes out on a chorus when he has the room. Next up is “Blow Your Mind,” which again starts off on a slower tempo. It seems oddly placed considering “Soul Eating Machine” comes next, and it is one of the better cuts from XI. Again, Howe is powerful on this one and there is some nice guitar work under him to really make it solid. After that, “It Waits” comes and once again, it feels like a significant wind down from prior pieces starting out ominous and dark. It does pick up halfway through for a steady progression. The last two songs, “Suffer Fools” and “Fan the Fire,” finish the album up quite nicely. The former provides ones of the more memorable choruses as Howe brings his vocals down a bit to blend with the guitars and it turns out quite well. Also, this has probably the most slamming solo on the album. Finishing up with “Fan the Fire,” they deliver a solid finale that highlights all the things they do best, especially Howe cutting loose again on the chorus.

Overall, XI is a bit of an up and down ride. Longtime fans will likely be satisfied, as this is probably the most consistent album they had in awhile. The return of Howe has meant everything to the band and his style, as well as range, is a perfect fit for Metal Church. The album debuted as their highest ever on the Billboard 200, and the first one to chart at all since, not surprisingly, their last with Howe, Hanging in the Balance. Metal Church fans should be happy and those who have never heard them before, this is a pretty solid intro to a band that has influenced a lot of others for over thirty years now. CrypticRock gives XI 3.5 out of 5 stars. 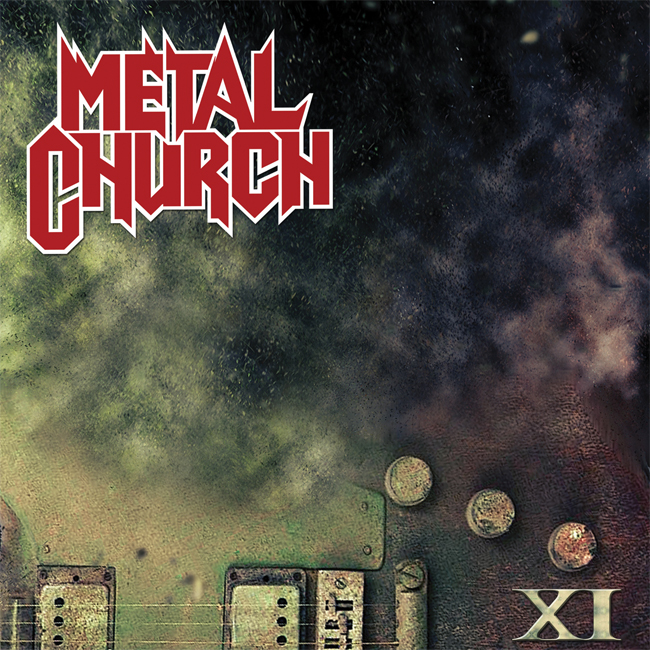