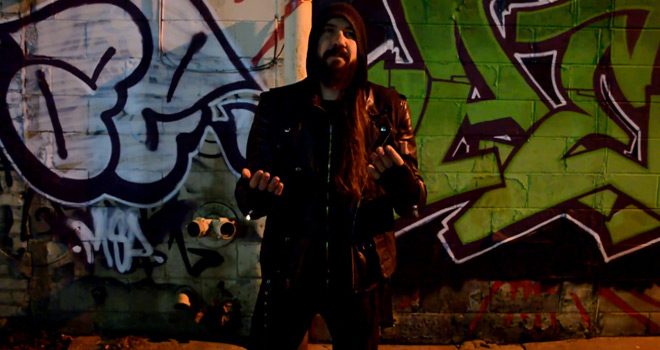 Starting life as a book in 2010, Director Bruce Moore and Brutally Delicious Productions have brought their examination of the mixture of Christianity and Metal to the big screen, or at least the widescreen TV or monitor, on September 14, 2017 via Reelhouse.org as a digital download or rental with the Documentary Metal Missionaries.

It aims to explain how a genre largely associated with death, darkness, and the devil can also ring true for people who favor the heavenly side. After all, as narrator Dee Calhoun brings up, the Bible is not exactly light reading, and it has its fair share of dark themes from murder and mutilation to gore and genocide.

This is not so much a Bible study as it is a musical one. Instead of being relegated to the churches or Christian music charts, Christian Metal groups have rubbed shoulders with their secular counterparts on the stages in bars, clubs, and even the Warped Tour and the Revolver Golden Gods Awards. Metal heads have been moshing in the pits to songs of salvation as well as sin, learning of the Lord without getting bored. How do they manage this? How do these Christian Metal bands balance their musical tastes with their religion? How do others handle this seemingly strange, contradictory blend? That is what this Documentary seeks to find the answers to.

Proclaiming the film “incorporates live concert footage, one on one interviews with band members (secular and non-secular) as well as archive footage and off-camera narration” to achieve its goal, it is not exactly a tidy package. There are a few Bible quote sequences that look like the intros to fan-made music videos on YouTube, and the stock images, while high quality, do not work as well as the stock footage and sequences. They illustrate the narrator’s points but they also illustrate the film’s budget. The concert footage is fine, but what little is shown is the only case of music with lyrics on the soundtrack. The rest is either instrumental or have had the vocals muted or dubbed over.

Some of the interviews at the beginning suffer from camera quality and editing issues too – jump-cutting from response to response in one example. Thankfully the later interviews do not suffer so much, but this is when the film focuses more on the Christian artists themselves and the secular voices fade out. It is about groups spreading the word through Metal, so it is fair to assume the Christians would get the lion’s share of coverage, but it would have been interesting to hear some secular views on the topics at hand for a little more variety.

That said, that does not mean the religious members cannot be interesting. A lot of them explain their inspirations, experiences, and thoughts on Christianity and music rather well. For many, such as Protest or DC Mills of Vials of Wrath, it is less about reciting scripture and more about relating their personal experiences or expressing their personal beliefs. When it comes to their faith being tested on the road, many look forward to the challenge, with Wretched of Grave Robber coming off as being particularly eloquent when he describes having to adapt to groups of people and change his perspective. Though again, while they describe learning about these new worldviews and having their horizons expanded, they do not go into much detail about it. If they had any experiences where they began questioning their faith or if they were tempted by other faiths, it is not mentioned in the film.

But many do talk about how some fans have managed to turn their lives around from contemplating their lyrics, or their opinion on miracles; whether they happen every day and if they must be big events or little victories. The former can be rather touching, but the latter feels more like preaching to the choir. What is more attention-grabbing is the discussion on the negative association of being a “Christian Rock band,” and how they find themselves having to defend themselves for their faith from secular metalheads and for their music from fellow Christians. It is an effective way of getting the audience to sympathise and understand their plight – that beneath the wild music and Biblical themes there is still a normal human being under it all wanting to express themselves, but they are judged by both sides because of the way they do it.

Which is more than can be said for Dee Calhoun’s narration. Whether it is him or Colin Jones’ Script Assistance, a lot of it comes off as being very heavy-handed, which sticks out next to the more reasonable points brought up by the likes of Protest or Sam John (WhiteNoiz). He brings up some curious comparisons, comparing Christian Metal performers to Socrates pestering people with questions “like a gadfly” to break them out of their complacency, or how a person’s positive changes without Christ “are like bloody piles of menstrual rags – worth less than nothing.” There are moments where it is relatively thought-provoking, like mentioning Metal fans could be like St Paul in going from persecutor to preacher or describing the Bible’s darker themes, but it does not come off well for the most part.

Ultimately, Metal Missionaries touches upon some interesting topics, and the interviewees largely came off as eloquent, relatable, likeable, and sympathetic. It only touches down upon the surface, and thanks to the clunky narration and cheap presentation, it is not a smooth landing. For these reasons, CrypticRock gives Metal Missionaries 2 out of 5 stars. 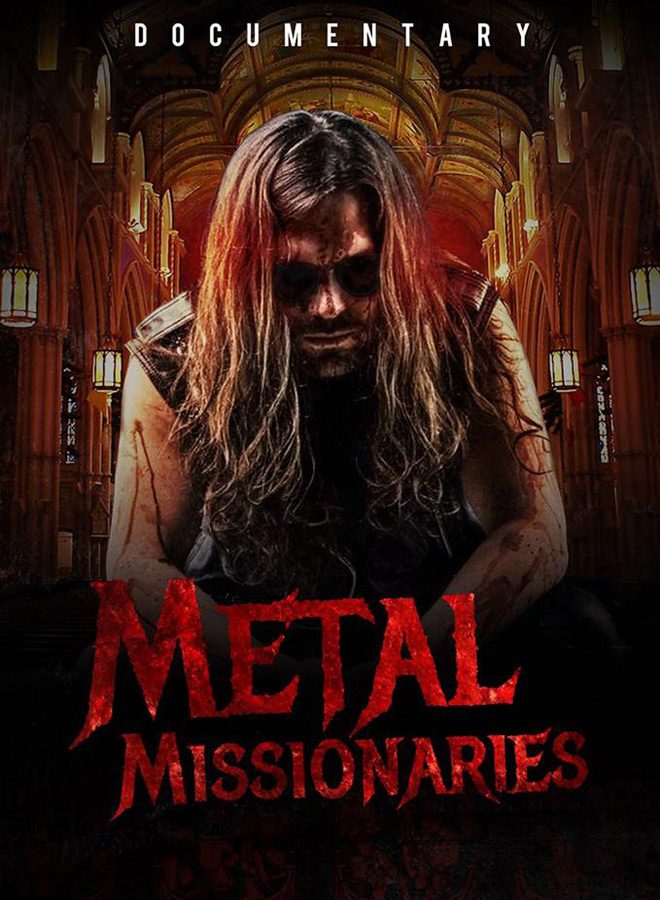