Recognized as the Led Zeppelin of their generation, Metallica – James Hetfield (vocals/guitar), Kirk Hammett (lead guitar), Cliff Burton (bass), and Lars Ulrich (drums) – exploded out of San Francisco’s Bay Area in 1983 and firmly stole the reigns as top draw on the Thrash Metal scene. In fact, Metallica would soon gain mass notoriety without the support of radio airplay or MTV as they ruled underground Metal thanks to sick albums like – 1983’s Kill ‘Em All, 1984’s Ride The Lightning, and their masterpiece – 1986’s Master Of Puppets. This is while touring with notable acts like Ozzy Osbourne and performing in front of thousands at the Monsters of Rock Festival in Donington Park, England.

Sadly in 1986, Metallica’s brilliant Bassist Cliff Burton was killed when their tour bus skidded and overturned while on tour in Sweden. Forging ahead, Metallica hired longtime fan, Bassist Jason Newsted and released 1988’s …And Justice For All. The Metallica freight train dominated, and as the band’s fan-base increased, Metallica was now selling-out arenas without mainstream support.

At this point Metallica – destined for world domination – rose like a phoenix after their fifth studio album Metallica (aka The Black Album) became a monster of epic proportions. Credit to singles like “Enter Sandman,” the Grammy Award-winning album would debut at No. 1 in the U.S. – eventually selling well over fifteen million copies worldwide – making it one of the biggest selling albums in history. Immediately, Metallica became the biggest band in the world – thrust into the mainstream – they were all over radio and MTV as they embarked on a colossal world tour enthralling audiences relentlessly for over three years.

Winding down for a bit, Metallica went on a brief hiatus and returned to begin a new chapter starting with 1996’s Load. Cutting their hair and shifting to a more Hard Rock sound, Metallica drew much criticism from fans who only craved the Thrash Metal version of the band – claiming Metallica had “sold out”. Having said that, Load was highly successful as it is packed with great tunes for anyone who simply loves good Rock music.

Not far into the future – a year and a half later – Metallica released the sequel to Load on November 18, 1997 – Reload – marking the band’s third straight album with Producer Bob Rock. Twenty years later, it is a good time to reflect as well as rediscovering Reload and what this period in Metallica’s history meant to the band and fans alike.

First, after Metallica made it known a new album was on the horizon, rumors were flying that ReLoad would see the band return to a heavier sound, as Metallica stated they would be taking measures like breaking-out old pedals and doing a number of things similar to the first five albums. This did in fact happen, as Reload is an edgier record – both musically and lyrically – however the songs still fall under the category of Hard Rock which – once again – disappointed critics who refused to give Metallica’s new sound a chance.

All that said, we dive into Reload with the album’s first single – an acquired taste for some – “The Memory Remains” features an unexpected collaboration with English singer-songwriter Marianne Faithfull, an eclectically woven, raunchy groove, and lyrics regarding faded celebrity fame. Interestingly, Faithfull’s contribution to the track comes post chorus where she sings – “La da da da… da da” – which lends to the aforementioned acquired taste of the song.

In what years later would become a trilogy, Metallica offered a sequel to their hit single “The Unforgiven” (off The Black Album) – “The Unforgiven II.” Featuring a touch of Country Music guitar, “The Unforgiven II” is a compelling episode in a saga about the absolution of one’s sins.

Moving along, Reload certainly owns a helping of rockin’ tunes lead by one of Metallica’s biggest songs – the high-velocity speedster – “Fuel”. A fan favorite and a staple at Metallica’s live shows, “Fuel” was arguably the albums most popular song thanks to lots of melodic, rippin’ guitar by Hammett. Staying on the harder tracks, “Better Than You,” “Slither,” “Bad Seed,” “Prince Charming,” and “Attitude” provide those gritty and rough guitar riffs fans had been craving.

Next, one of the finest deep cuts on any Metallica album has to be “Low Man’s Lyric.” A perfectly authored ballad, it leads the listener on a gripping emotional journey barely capable of being described in words.  “Fixxer” closes out the album, a stark and heavy ballad -lyrically above all – seemingly about a person whose quest is to mend a soul torn by abuse. Lastly, the remaining tracks “Devil’s Dance”, “Carpe Diem Baby,”and “Where The Wild Things Are,” render the listener with some pleasing moments, lyrically showcasing Metallica in a multitude of facets.

And so what does Reload represent in terms of where Metallica was both individually and as a unit in 1997? Well, Metallica’s song-writing was evolving as they wrote music on their own terms without regard for critics or naysayers. Individually, the members of Metallica evolved in different ways – Ulrich and Hammett got married and started families while Hetfield began to battle some personal demons. Needless to say, a tumultuous period in Metallica’s history had only just begun.

Reload debuted at No.1 on the Billboard 200, eventually going platinum, selling four million copies. For Metallica, the late 1990s into the 2000s would see the band battle Napster, Newsted’s departure, Hetfield battle and triumphantly recover from addiction – as documented in the movie Some Kind Of Monster – and the addition of Bassist Rob Trujillo in 2003.

Among all of this, Metallica continued to bestow new music with – 1998’s Garage Inc., 1999’s S&M – performed with the San Francisco Symphony Orchestra, and 2003’s St. Anger. In addition, Metallica would soon return to writing full-blown Metal records with 2008’s Death Magnetic and 2016’s Hard Wired To Self-Destruct. Not to be forgotten, in 2009 Metallica was inducted into the Rock and Roll Hall of Fame forever cementing their fabled legacy in Heavy Metal.

To sum it up, Reload is a favorable example of how – no matter what style – Metallica are masters at writing great music. So if you have Reload in your collection, dust it off and rediscover an important piece of Metallica history. If you are new to Metallica, Reload is well-worth the listen and still sounds fresh after 20 years. 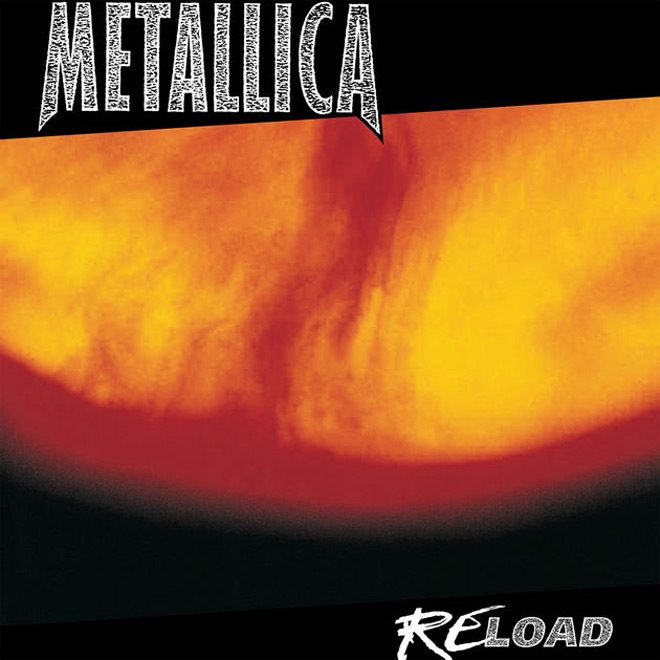