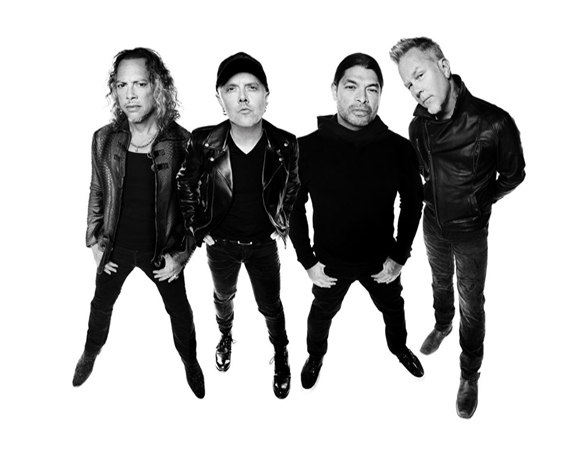 Technology, selfies, and the need to populate one’s Facebook page has grown immensely since 2008. Similarly, within these years of technological wired addictions and societal evolvements, Metallica has had quite a bit of time to work on the long awaited, tenth studio album Hardwired… to Self-Destruct. It has been eight years since Death Magnetic, which makes this release the longest hiatus between albums in the history of their career.

Within the past few years, there have been hints for the new album. It was not until this past August when Metallica dropped the news on all social media platforms with the single of “Hardwired” and the announcement of the double disc release date on November 18, 2016 via their own label, Blackened Recordings. Many fans were shocked as they finally witnessed an eight-year long dream become reality.

Their overall tenth studio album, it is the first where Guitarist Kirk Hammett did not participate in the writing process, which fell to founding members James Hetfield (vocals/guitar) and Lars Ulrich (drums), while Robert Trujillo (bass) and Hammett focused on executing a solid performance.

In addition, Greg Fidelman, who did the sound engineering on Death Magnetic, was brought in to produce Hardwired…to Self-Destruct, making this their second studio album without long-time Producer Bob Rock at the helm. Rock is often credited with catapulting Metallica into commercial super-stardom after coming on-board for 1991’s seminal self-titled Black album. Rick Rubin inspired Metallica to go back to their Thrash roots back in 2008, where now, in 2016, Fidelman helped move the process along while Ulrich and Hetfield participated in the production.

Without further ado, it all begins with “Hardwired.” Capturing the main theme of the record, it references the ongoing questions of humankind, such as wondering if robots will take over due to the dependencies on electronics, or if humans will end up self-destructing. Musically, it generates a return to their aggressive roots, a sound that many have not heard since the pre-Black era. Ulrich pounds his way through as though he is reawakening his youthful spirit of yesteryear. The album continues to move with a theme of destruction in the second song, “Atlas, Rise!” Hammett shines during this tune as he continues to steer through momentous guitar riffs followed by captivating solo parts. The track was inspired by the Greek Myth of the Titan named Atlas that was punished by Zeus as he was given the burden of holding the heavens on his shoulders.

The constant theme of mankind’s downfalls continue in the next, “Now That We’re Dead,” as it can remind one of several different losses including faith, love, and death. The lyrics illustrate such endless casualties when Hetfield cries out, “When all is pain, may it be. It’s all we’ve ever known.” “Moth Into Flame” moves in next with an obtuse stirring guitar riff as it molds into a memorable track. It is about obsessing over one’s own popularity or narcissistic behavior with the needs for endless selfies and excessively begging for attention, as the lyrics state, “Infamy. All for publicity. Destruction going viral.”

Turning to a more Grunge Rock sound, along comes “Dream No More” with a dynamic guitar arrangement. A mix between 2008’s “All Nightmare Long” and 1991’s “Enter Sandman,” it posses darkened verses and eerie vibes. However, it is a response to 1984’s instrumental “The Call of Ktulu” as Hetfield cries out, “Cthulhu, awaken.” This is before the first disc closes on a powerful note with “Halo on Fire,” a track which defines the reality that every human is filled with both good and evil. It is the longest song as the arrangement changes halfway through to keep the listener’s attention with the enhancement of a guitar solo that leads towards Ulrich’s combative pedaling.

Moving onto disc two, “Confusion” contains opening riffs that are reminiscent to 1988’s …And Justice For All. About a person struggling with PTSD, it can be specifically interpreted for veterans, or one who has suffered a traumatic event, with lyrics, “All sanity is now beyond me. My life…the war that never ends.” Slowing the pace down slightly, “ManUNkind” begins on a quiet and acoustic note. Once the drums kick in, a more chaotic sound is heard as the song expresses to look away from Biblical aspects and focus on the good in mankind instead, such as, “I’ve become hostage to my mind. Left myself behind.” Then, one of the saddest and angriest songs of the album, “Here Comes Revenge” speaks for itself with words such as “little grave, I’m grieving, I will mend you.” There is a musical breakdown as though it is moving with a vengeance as Hammett goes into a well-crafted solo.

Continuing to keep it a little more mellow, “Am I Savage” is a wolf-like tale. However, it could lead to not wanting to have the past repeat itself as the lyrics state, “Runaway, the past will bite again.” The next track, “Murder One,” is a tribute to Lemmy Kilmister, fittingly titled after his favorite amplifier. Featuring a melody that has a slower arrangement, it depicts facts to celebrate the life of the late legend.

Finally, the second disc closes with a bang on “Spit Out the Bone,” a cut which could be considered their most Thrash-like song since heard on 1983’s Kill ‘Em All. Moving with ferocious speed, as Ulrich storms in with raging fury on the drums, the song enforces all to remove any part of human emotion and to become more like machines or robots. Hetfield releases vocals that many have not heard since 1986’s Master of Puppets as his speedy and higher pitched yells belt out, “Remove your heart, it’s only good for bleeding. Bleeding through your fragile skin.” Providing dedicated fans with more, there is a third deluxe disc that includes songs “Lords of Summer,” the tribute to the late Ronnie James Dio track of “Ronnie Rising (Medley),” the Deep Purple cover of “When a Blind Man Cries,” the Iron Maiden cover of “Remember Tomorrow,” and a handful of selected live recordings.

When it is all said and done, Hardwired….to Self-Destruct was well worth the eight-year gap. Although, the only criticism is the absence of an instrumental track, making the album feel slightly incomplete. It may not be as Anthem-esque as Death Magnetic, but it is the stronger out of the two and the most aggressive that many have not heard in well over twenty years of Metallica’s career. That is why CrypticRock gives Hardwired…to Self Destruct 4.5 out of 5 stars. 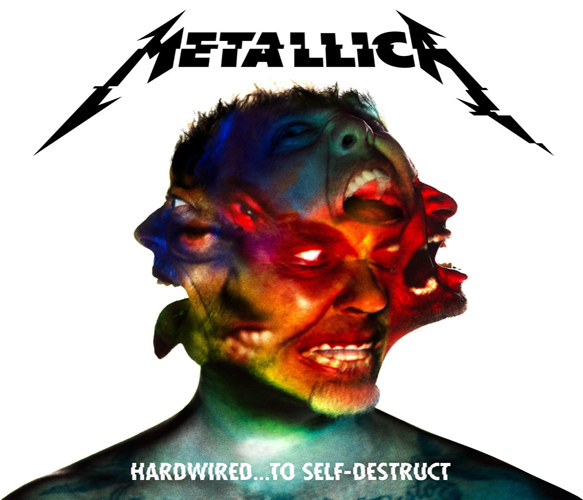