There is no question that Metallica was the definitive Metal band of the 1980s in the United States. They took the Heavy Metal melodies of their British predecessors and redefined the genre, making it much more dirty and thrashy. Releasing a string of four albums in the ’80s, all of which were met with nothing but acclaim from their hardcore fans, it still seemed mainstream success was likely impossible. Like many successful bands before them, from The Beatles to The Who, the members that made up the outfits became older and their songwriting became more ambitious. That said, Metallica took a different and more mature approach to their eponymous fifth studio album when they went into the studio in the fall of 1990.

A follow-up to 1988’s …And Justice for All, the work on their self-titled album was complete in early summer of the following year, and on August 21, 1991, it was released to the public. Commonly referred to as The Black Album, it was certainly a different direction for Metallica, all while they maintained their Thrash riffs and apocalyptic lyrics. While it catapulted them into mainstream success, it left many original hardcore fans angry that their little secret was now the biggest band in the world, thus making The Black Album a historic landmark 25 years later.

By the late ’80s/early ’90s, Frontman James Hetfield and Lars Ulrich had settled into a songwriting groove, which even now in 2016 has not changed much. Hetfield writes the riffs and lyrics, while Ulrich arranges the riffs into a trademark Metallica song. Guitarist Kirk Hammett and Bassist Jason Newsted had their minor contributions on The Black Album, but it was Hetfield and Ulrich at the helm. Before starting the recording process, Ulrich felt that Metallica still had their best album in them, and thus hired famed Hard Rock Producer Bob Rock.

Rock’s style of producing, which includes a collaborative recording process and harmonic vocals, did not gel with Hetfield and Ulrich. That said, Metallica is known for being perfectionists in the studio, and do not respond well when they are told they are doing something wrong. The tumultuous recording of the album resulted in three different remixes that cost over $1 million, and three out of four band members divorcing their wives. If only fans could have been flies on the wall during the recording of The Black Album to see what it was really like.

Looking back now, it can be said that Rock is responsible for Metallica’s mainstream success. He pushed the band to really think about the recording and production of their songs, and perfect the live performance of the songs. When one looks at them now, they are arguably the tightest live band still touring, and most arduous band when it comes to recording. The proof is in the fact that their most recent album, Hardwired… to Self-Destruct, took 8 years to put together. It is arguably because their refined recording style was directly attributed to Rock and The Black Album recording process.

Another major contribution from Rock was pushing Metallica to simplify their songs, which ultimately pushed them into the realm of Pop music. For example, “Enter Sandman” was not only little simpler lyrically, but the sound features streamlined guitar licks the band hammered into right away. This song became the perfect example of Metallica’s new sound. Rolling Stone magazine interviewed the band on why they toned back the complexity of their style. The band claimed that they were bored with how overkill their sound had become, and felt like the audience was not responding well anymore.

An interesting comment, prior to The Black Album, Metallica has released ballads like “Fade to Black,” but a love song certainly seemed out of the question. One day during recording, Ulrich overheard Hetfield playing a love song and decided it had to be on the album. That song was “Nothing Else Matters,” Metallica’s first and arguably only love ballad. This confused some fans, and in their minds, Metallica had gone soft. Not exactly true, Metallica has still maintained their heaviness over the years while diverting in styles along the way, ala 1996’s Load and 1997’s Reload.

In addition, The Black Album was Newsted’s second record with the band. Newsted replaced legendary bass player Cliff Burton after a tragic bus crash took his life in 1986, and his first experience with recording with Metallica was very tumultuous. In fact, his bass playing was almost completely drained out on the recording of …And Justice for All, and he was not feeling like a real member of the band. Thanks to Rock’s increased production value, each instrument stands out, including Newsted’s bass. It goes both ways, in that The Black Album is widely viewed as one of, if not the, best albums Rock has ever produced. That in mind, Newsted’s passion and talents made the new bottom-heavy sound not only possible, but gorgeous.

History shows The Black Album came along at the perfect time for Metallica. In the 1980s, they were overshadowed by the mainstream Glam Rock movement, but by 1991, people were sick of Glam Rock, and the desire for Hard Rock was stronger than ever. Metallica’s slight toning down of their heaviness along with the success of bands like Nirvana, launched them into mainstream stardom. Suddenly they were known worldwide, and topping the charts with their new songs including famous hits “The Unforgiven,” “Wherever I May Roam,” “Sad but True,”and, of course, “Enter Sandman,” as well as “Nothing Else Matters.” These tracks, to many, define Metallica. New fans flooded onto the Metal scene looking for another taste of the dark sound, and it can be argued that this was the first accessible Metal album for people not generally a fan of the genre.

As of February 2016, The Black Album spent 363 weeks on the Billboard album chart, making it one of the ten longest running albums of all time. An amazing 16 times Platinum, skeptics and critics may still be calling The Black Album a sellout album for Metallica, but it was no doubt a natural and necessary progression for themselves and Heavy Metal. 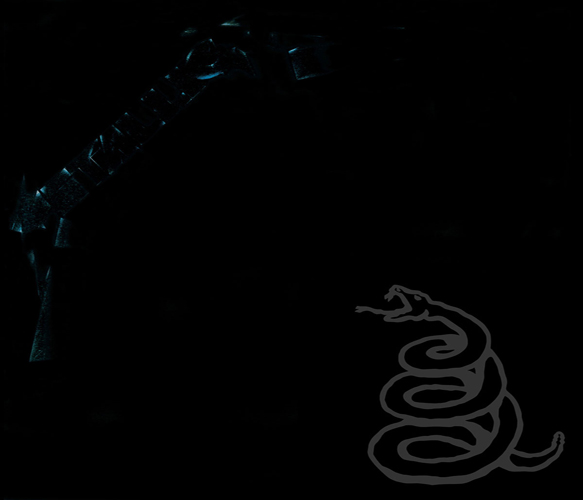