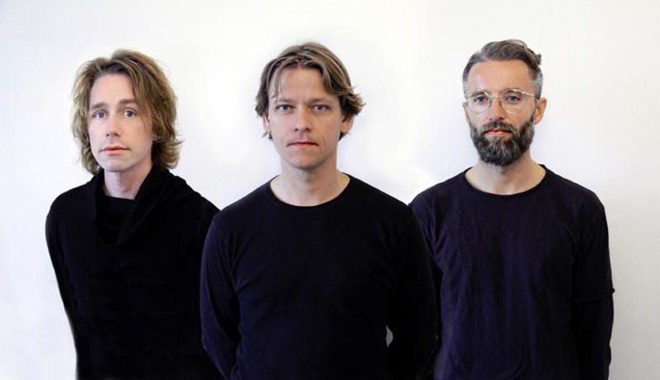 Here kitty, kitty. It is time to Mew along to some new, dreamy Danish Indie Rock. That said, the band’s new album, Visuals, arrives on April 28, 2017.

Those still fogged as to what in the world is being said, formed in the suburbs of Copenhagen in 1995, Mew are a Danish Alternative Rock/Indie Pop band that some might aptly term Dream Pop or even Art Rock. Their debut album, A Triumph for Man, was released in April 1997 and followed by sophomore effort, Half the World Is Watching Me (2000). However, it would not be until the release of their third album, Frengers, in 2003, that Mew would see commercial success. That same year, the band would be honored at the 2003 Danish Music Critics’ Award Show, winning both “Album of the Year” and “Band of the Year.”

Moving forward, 2005’s And the Glass Handed Kites brought further attention to the band, who would take home four awards from the Danish Music Awards. It was followed with extraneously-worded No More Stories Are Told Today, I’m Sorry They Washed Away . . . in 2009 and  + – in 2015. Cementing their impressive career over the past twenty-two years, Mew – comprised of Vocalist Jonas Bjerre, Bassist Johan Wohlert, and Drummer Silas Utke Graae Jørgensen – have shared stages across the globe with some of the biggest heavyweights in modern music, from R.E.M. to Nine Inch Nails.

Mew’s seventh, self-produced studio album, Visuals, is here via Play It Again Sam Recordings in North America and PIAS is the London-based home to such brilliant and eclectic musical minds as the Pixies, Agnes Obel, Editors, and Gallows, so you know Mew have got to have something amazing to offer!

Visuals opens with “Nothingness and No Regrets,” a dreamy, glittery Indie Pop track that builds to something powerful and intensely catchy. In fact, upon just hearing this first song, it becomes apparent why many refer to Mew as Dream Pop: this is a Pop-infected, musical daydream of technicolor and fluffy goodness. (It also starts off with the lyrics “I don’t know what makes it grow,” but we won’t get into that!) It segues flawlessly into the bass-driven, synth-happy, dance Indie Pop of “The Wake Of Your Life,” which feels slightly more serious in tone. Lyrically, Mew are always poetic and open to vast interpretation; take away what you will, but you will be forced to think when you hear any track off Visuals.

There is no denying the experimentation present throughout the entire album and especially in the joyfully-named “Candy Pieces All Smeared Out,” a track that often sounds like a Skittleszilla attacking the world with melodic summer sunshine. Seemingly about the dichotomies inherent in all human relationships – even those with ourselves – Bjerre offers: “Surely you see there are two versions of me / One Googles itself / And the other one lives free.” Googling yourself is just plain dirty, kids, but sometimes it puts you “In A Better Place.” Ahem. All double-entendre aside, the track presents the typical Mew approach to songwriting: intriguing, meandering lyrics; synth-driven atmospherics; and a very full, completely epic Indie Pop sound, this time with the experimentation at the very end, where there is an almost Jazzy denouement.

The delicious disunion of “Ay Ay Ay” is a clear stand-out, with that beautiful Dream Pop sound driven deep by throbbing bass and lyrics that turn toward darker mysteries. “Here we are / Where we were / It never appeals to you / Put your sword in someone / Just take off,” sings Bjerre seemingly about an anti-friend who wanders the world stabbing folks in the back. The tracks that follow are a solid mix, from the whimsical journey of “Twist Quest” – complete with a Kenny G. worthy saxophone accompaniment – to the album’s shortest offering at just over two minutes, “Zanzibar,” a lovely little tryst in a foreign land. The true standouts among the batch are the album’s first single/video, “85 Videos” – a superbly catchy romp with 1985-worthy keyboards – and epic closing number, “Carry Me To Safety,” a cinematic Waltz that possesses some of the album’s most impressively bold sounds.

Mew are an intriguing conundrum, or better yet, a magical paradox: cruelest when they are kind; most sweet when they are singing of backstabbing. Visuals is an album chock full of insightful, intelligent lyrics to ponder for days, and some truly adept observations/confessions on humanity (including the notable: “I’m most sincere when I’m talking to strangers“). The poetic puzzle of Mew is not one that can be resolved overnight, or, perhaps, ever; their lyrics take the listener on an endless journey through the world of hyperbolic prose and vivid imaginings. If you are not one to sign up for the entire Indie odyssey, do give “Ay Ay Ay,” “85 Videos,” and “Carry Me To Safety” a listen. For the above myriad of reasons and the overall paradoxical adventure, CrypticRock gives Mew’s Visuals 4 of 5 stars. 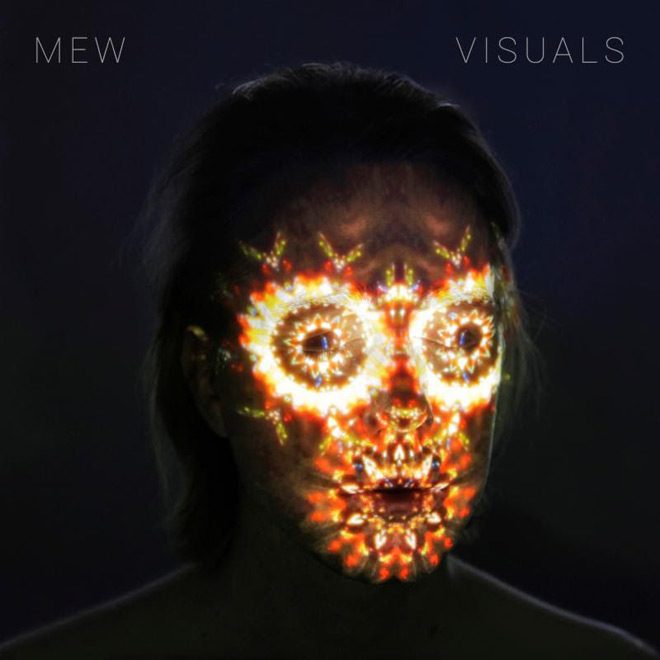 Mew will be taking to the international stage in support of Visuals. Please see MewSite.com for further tour information.