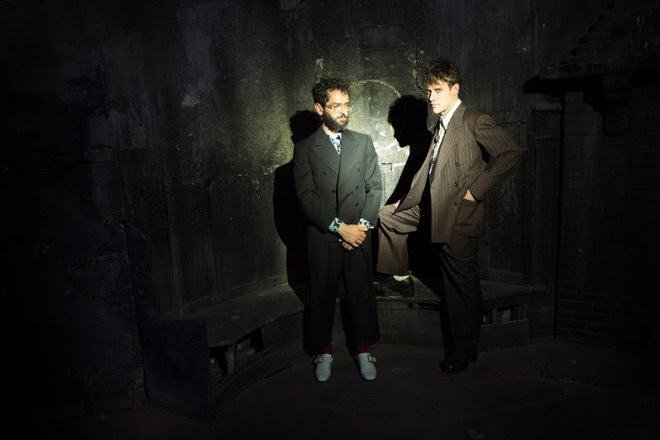 Amidst the competitive Alternative Rock/Indie Pop scene in the mid-2000s, MGMT did manage to dive in it head-on and make a big splash, subsequently leaving quite a remarkable impression of hip and cool that has remained ubiquitous to this day.

Formed in 2002, in Middletown, Connecticut, United States, by Andrew VanWyngarden (lead vocals, guitar, keyboards, bass guitar, drums, percussion) and Ben Goldwasser (vocals, keyboards, guitar, percussion), MGMT was among the new batch of exciting, young bands that emerged in the Indie scene in the middle part of the 2000s. Its equally trendy contemporaries include The Fratellis (“Creepin’ Up the Backstairs”), The Kooks (“Bad Habit”), and Arctic Monkeys (“Leave Before the Lights Come On”).

MGMT unleashed its debut, the Suede-meets-The Beatles-sounding Oracular Spectacular, in 2007; and then followed this up with 2010’s Psychedelic New Wave Congratulations and 2013’s Electroclash-inspired self-titled.

After promoting their last work with performances at various music festivals, which included FireFly Music Festival in Delaware, USA; Coachella Valley Music and Arts Festival, in California; and Glastonbury Festival, in England, MGMT took a short break apparently to recharge and to, according to band themselves in an interview, “Come back stronger with a new sound.” Come back they did, staying true to what they promised. MGMT returns with a new set of songs, which has used its predecessor only as a springboard to a collection of diverse vibes and styles.

Slated for release on Friday, February 9, 2018, on Columbia Records, MGMT’s new, fourth offering, Little Dark Age, opens with the polished and shiny synth-bass-driven beat of the French Synthpop–inspired “She Works Out Too Much.” The mood then turns icy and ominous with the midtempo Cold/Dark Wave pulses of the title track, only to come out again vibrant yet nostalgic as the ultra-melodic and slightly cacophonic “When You Die” plays next. It might remind the initiated of bands like Joy Electric (“Mono Synth”) and The Foxglove Hunt (“A Concealed Weapon”).

The next track, “Me and Michael,” certainly has the perfect sensibilities of New Wave and Europop—sparse and chilling synthesizer melodies, pulsating bass thumps and drum beats, and ghostly vocals. It is quite a controversial song, for its title, concept, and even the accompanying music video were fashioned in a way that it would appear as if MGMT stole everything from the song “Ako at si Michael” by the longtime and enduring Philippine New Wave/Sophistipop-styled band Truefaith; when in fact, everything—including Michael—was all a part of a big, orchestrated gimmick. Both songs are now raking lots of attention not only in the U.S. and the Philippines but also elsewhere both bands have followers. What a brilliant millennial idea! Who said that the millennial age is crap? There are simply both crap and brilliance in any given era. Deny it or live it.

A bit loungy and funky, a tad rad and R&B, “T.S.L.A.M.P. [Time Spent Looking at My Phone]” then takes center stage, whose rolling bassline and shimmering synthesizer melodies trickle like snowflakes on a waving stream of consciousness. The relaxing ambience gets even more tranquil and rustic with the ensuing glass celesta–adorned “James,” which transports the listener back to the carefree ’60s Sunny Pop days when Petula Clark’s “Downtown” and The 5th Dimension’s “Up, Up and Away” were the order of the day. Then there is the Trip-Hop sway of “Days that got Away” – hypnotic, dizzying, dim-lit, and fey. After this experimental excursion, MGMT bursts again in rapture with the Disco-dancefloor, neon energy of “One Thing Left to Try.”

As Little Dark Age approaches its end, MGMT reminisces once more, with the blue-eyed Synthpop ballad “When You’re Small,” exuding faint echoes of Bee Gees’ “First of May” and The Carpenters’ “We’ve Only Just Begun.” Sweet and apt; just goes to show that MGMT definitely still has lots of melodies to weave, emotions to express, and sonic realms to explore. Finally, the duo of MGMT conclude their latest endeavor with “Hand It Over,” another ballad whose slow, swirling, and soulful sound may be described as an eccentric blend of Soul, Psychedelic, Shoegaze, and Traditional Pop. What a bold aural trip – pastoral and modern at the same time.

VanWyngarden and Goldwasser’s short vacation proved to be really beneficial to their band, as the musical direction that they decided to take and the sonic palette that they chose to use for their new album has resulted in the songs’ assuming individual personalities of their own, making each of them unique and memorable and destined to be future classics and gems. Make that big bright age instead! CrypticRock gives Little Dark Age 4 out of 5 stars. 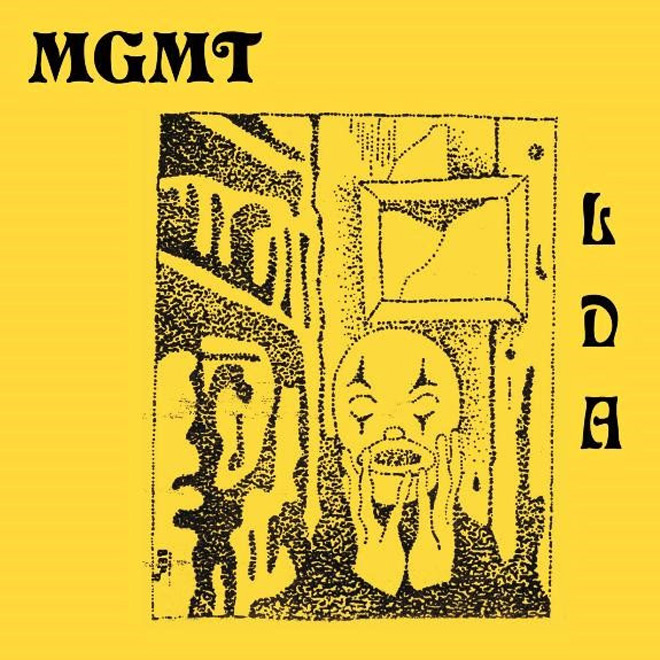