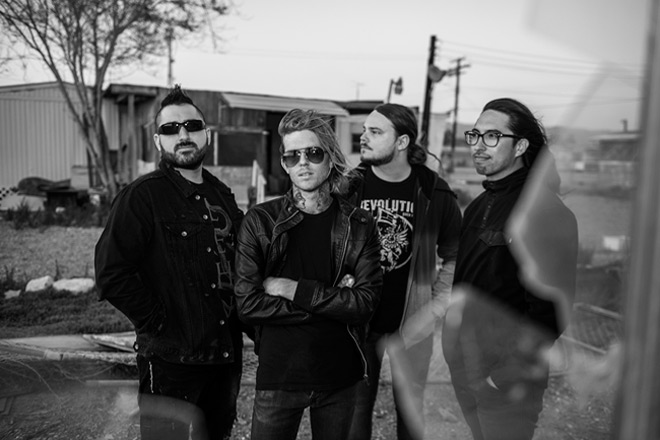 Can you break away from it all and resist the temptations of a mindless society that is mired in endless facades? If you dig, Of Mice & Men will stand with you and help you to Defy. Arriving to happy eardrums this Friday, January 19, 2018, thanks to Rise Records, Defy is Of Mice & Men proudly waving the flag of infectious Metal growls alongside delicious melody, all in the name of individuality.

Formed in 2009 in Orange County, California, Of Mice & Men (OM&M to their rabid fanbase) was created amidst the ashes of then-Vocalist Austin Carlile’s departure from Attack Attack!. The boys wasted no time in crafting their own, unique sound, and stamping that onto plastic through their four studio offerings, ranging from 2010’s eponymous debut to 2016’s Cold World. Despite playing musical chairs with band-members, OM&M have persevered for the past nine years now, building an impressive name for themselves throughout the Metalcore scene.

A dogged determination and inspiring dedication to the road have led OM&M to share stages with a countless number of their contemporaries, as well as titans of Rock that include the likes of Ozzy Osbourne, Aerosmith, Metallica, Linkin Park, Slipknot, Queens of the Stone Age, and Rammstein. As seems to be par for the course these days, they are no strangers to the Vans Warped Tour. For those currently keeping score, the boys are about to head out on the road yet again, this time with buddies Blessthefall and labelmates Cane Hill in support.

In late 2016, Carlile departed amicably from the band – actually for the second time in their career – due to a long-term battle with Marfan Syndrome. The ensuing shake-up lead to Bassist Aaron Pauley stepping up to the microphone. Now reorganized and ready to continue their quest for world domination, OM&M – Vocalist/Bassist Pauley, Guitarists Phil Manansala and Alan Ashby, and Drummer Valentino Arteaga – return with their fifth studio offering, Defy. Produced by Grammy-nominated Howard Benson (Sepultura, My Chemical Romance) and mixed by Chris Lord-Alge (Green Day, Breaking Benjamin), the twelve-song collection is polished Metalcore of the highest order.

Waving the middle finger at callousness and hopelessness while seeing through the facade of society, OM&M refuse to march to an early grave with their infectious headbanger “Defy,” the album’s namesake, opening track, and first lyric video offering. Blistering, bloody demands to trust your “Instincts” explode into pummeling sonics, injecting a healthy dose of soaring melody into its choruses for sing-along-ability. There is also a lengthy, killer guitar solo embedded here, just in case you wanted to question OM&M’s shredding abilities. (How dare you!)

“Back To Me” shows that OM&M have heart, despite being able to headbang with the very best. Lyrically acknowledging that we can all lose ourselves at times, OM&M poetically advise: “Take a breath and take heart instead of pulling apart / When you find yourself back at the start.” This moves the boys into the dichotomous “Sunflower,” where growls and melody, sunshine and violence anchor a plea to break away from it all.

Frenetic bass anchors the anthem “Unbreakable,” which, like much of the collection, sores between delicious melody and vicious growls, and promises to be a single or, at the very least, one killer, live sing-along. It moves flawlessly into the atmospheric beauty and grit of “Vertigo,” leading the band into a surprising yet satisfying cover – the 1973 Pink Floyd classic sounds deliciously sludgy on OM&M’s take on the stomping “Money.” Despite being nearly two-decades older than any of the band members, the song is fully relatable to today’s world, as the almighty dollar continues to reign as king.

Rocker “How Will You Live” allows Pauley to sore and displays a marvelous representation of the band’s dirty/clean vocal approach. Meanwhile, the spine-tingling deep breath of “On The Inside” presents glittering guitars, heavy bass-lines, pummeling sonics that make personal turmoil sound enticing and not a pinch painful. Speaking of pain, you should know that the “Warzone” inside the band’s explosively heavy first single/video comes from within, offering up a frenetic stomp that delivers some delicious Thrash influences that will excite the circle pit.

The catchy and jackhammering “Forever YDG’n” encompasses the band’s “Ya dig?” (as in ‘are you on board or not?’) ethos for the album, and hell, Urban Dictionary literally credits Guitarist Manansala with creating the term YDG. If you dig, then definitely stay for the album’s phenomenal closer, the acoustic-based, atmospheric, and emotional heft of “If We Were Ghosts.” Crafted in the wake of the tragic loss of Linkin Park’s Chester Bennington – a hero and a friend to all – this is the goodbye that was never spoken; a track that proves that despite all the screaming, OM&M have melody in their sincere hearts and can offer up a multi-layered, thick sound without massive Marshall stacks. It is a perfect, haunting, addictive ending to a stellar album from a shining star in that oft sketchy world of 2018’s Metalcore.

Hell, Of Mice & Men could have entitled their fifth album “How To Build A Better You,” but somehow Defy seems much more Metal, right? With a lyrical focus on individualism, self-exploration, and pushing through the endless challenges and facades inherent in modern life, Defy is a guidebook for the disenfranchised that wish to attempt a personal nirvana that is explosively heavy, beautifully sincere, and a die-hard Metal lover’s dream. Worthy of banging your head and yet entirely infectious, Defy is the insightful guide to life that still manages to sound like a kinky wet dream. For these reasons, CrypticRock give OM&M’s Defy 5 of 5 stars. 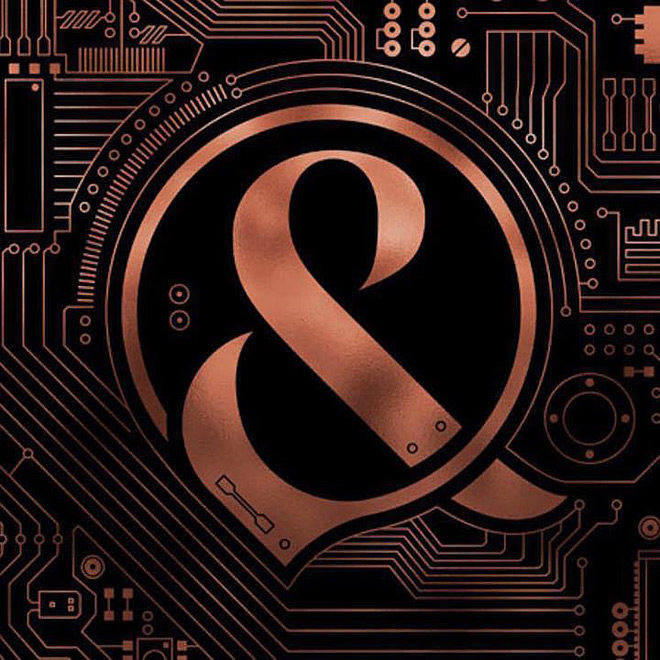 Of Mice & Men – Timeless (EP Review) Of Mice & Men – Bloom (EP Review)
Like the in-depth, diverse coverage of Cryptic Rock? Help us in support to keep the magazine going strong for years to come with a small donation.