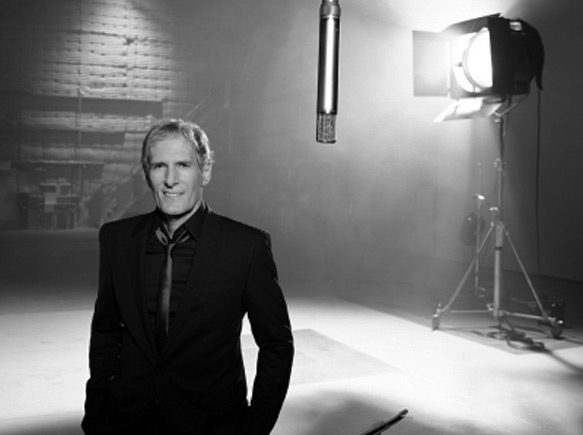 Michael Bolton is among the most prolific of the league of American Pop/Rock/R&B singer-songwriters whom include Christopher Cross and Richard Marx. Starting his professional singing career in 1975, Bolton has recorded and released more than twenty studio albums, from 1975’s Michael Bolotin (his real name) to this year’s Songs of Cinema.

Released on February 10, 2017, via Frontiers Records, Bolton’s twenty-third studio album is a collection of his renditions of old songs featured in iconic films. It opens with his new version of “When a Man Loves a Woman,” which he first recorded in 1991 for his album Time, Love & Tenderness. It is followed by the Ben E. King classic “Stand by Me,” whose carefree, bluesy vibe Bolton has transformed into a danceable Pop tune complete with the customary claps. The ensuing 1950s Gospel-infused, jazzy Ray Charles and Renald Richard composition “I Got a Woman” is treated with Bolton’s similarly raspy vocal styling, but expressed in an upbeat, horn-adorned Southern Blues/Rockabilly manner.

Maybe regarded as the highlight of the album, “I Will Always Love You” is given a fresh, rustic breath of life, considering that it has become high-profile, courtesy of the unforgettable, dynamic vocal performance of the late sky-high-soaring songbird Whitney Houston in the song’s Billboard-topping 1992 version. Significantly though, the song’s writer and singer Dolly Parton reclaims the accolades by recording it in duet with Bolton for this album, taking her hit back to its Country/Folk roots, where it originally was.

Then the mood rocks and rolls for a bit as Bolton lets loose his necktie in “Old Time Rock and Roll,” which some may deem as risky business for the melodramatic Bolton, but he wings it nonetheless with flying colors; after all, one must not forget Bolton’s past excursion to Pop Rock in the 1970s as the frontman of the band Blackjack. The Rock ’n’ Roll energy seeps into an updating of another Billboard chart-topping song, “I Heard It through the Grapevine,” which finds the adorable singer in his sunny crooner’s suit and prancy predisposition. Considering that it was recorded also by Marvin Gaye in 1968, Bolton’s offering still shines through in comparison with the former’s slick, groovy, and funky version of it.

The upbeat and infectious “Cupid,” originally written and released in 1961 by Sam Cooke, sounds well in place in the context of the album, staying true to the lovely warmth and sentiments of the original. “Somewhere Over the Rainbow” stands out for its unconventionally choppy rhythm and permeating string orchestration. The penultimate piano-led ballad “As Time Goes By” goes Broadway, even made more classy and beautiful by the jazzy saxophone-piano interplay. Then Bolton finally lowers down the curtain of Songs of Cinema with the short, orchestrated ballad version of “Jack Sparrow” that he recorded with the American Comedy troupe The Lonely Island.

Many cynical and critical listeners question the legitimacy of covering old classics, dismissing this as musical blasphemy; however, there is validity and, in fact, usefulness in it. The new lease of life that contemporary artists give to songs that were often forgotten or ignored in the past actually makes them relevant again; and, in some cases, even catapults the songs from obscurity to popularity, which is never a shame. but instead a treatment that the songs and their respective songwriters deserve.

Good examples of such are Natalie Imbruglia’s popularizing of Ednaswap’s “Torn;” Sinéad O’Connor’s spine-tingling performance of Prince’s “Nothing Compares 2 U;”  and Toydolls’ Punk take on the 1956 Novelty song “Nellie the Elephant.” Or, if the songs being covered were already famous to begin with, then the new renditions may be seen simply as the covering artists’ display of homage to their influences, or to songs that touched their heartstrings, which should never be derogated.

All in all, music is music, whatever the interpretation. To a consummate music enthusiast, there is no such thing as bad music. Songs of Cinema is good music. It is not only a proof that old songs could be rehashed to make them young again, but it also shows that Bolton could still belt his vocal cords out and cast a soft and jovial spell on music lovers who prefer easy listening ballads and middle-of-the-road Rock stompers. CrypticRock gives Songs of Cinema 4 out of 5 stars. 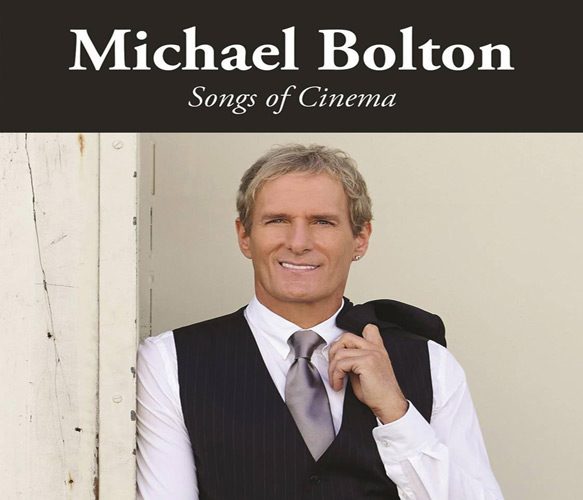