Michael Des Barres – The Key to the Universe (Album Review) 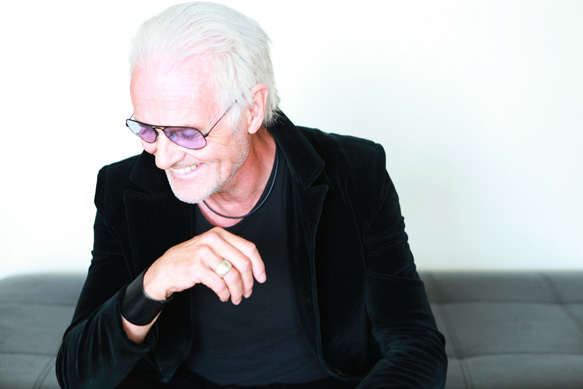 Seasoned musician/actor Michael Des Barres grew up in Hove Sussex and attended Repton boarding school.  His mother is the person he credits for his interest in Billie Holiday and Elvis, “incorporating fantasy as a form of defense.”  By the time he was twelve, Des Barres began his acting career regularly appearing on children’s television series Wack-O! (1960).  Then, he co-stared with Sidney Poitier in 1967’s To Sir with Love, which was his first foray into film that saw him playing an East End pupil, who always wore dark sunglasses.  Forming the band Silverhead in 1972, Des Barres replaced acting with a dream of being a musician.  However, with two albums and a US/Europe/Japan tour under their belt, they broke up in 1974. Following the break-up, Des Barres moved to Los Angeles, where he met Jimmy Page of Led Zeppelin, and was signed with his new band, Detective, to Led Zeppelin’s label, Swansong, which bore two albums. The year 1980 saw Des Barres release his solo debut, titled I’m Only Human, via Dreamland Records.

After heavy drug and alcohol use in the ’70s, Des Barres finally sobered up for good in June of 1981. With the past behind him, he followed with his best chart topper song featuring Holly Knight in 1983, “Obsession.” Two years later, the Des Barres penned track would become a major hit for the New Wave band Animotion. Keeping busy, his band at the time, Chequered Past, featured the Sex Pistol Steve Jones, Todd Rundgren, Tin Machine’s Tony Sales, as well as Blondie’s Nigel Harrison and Clem Burke.  Opening with the band for Duran Duran in 1984, Des Barres was asked by the band to fill the role of Robert Palmer, who recently left their side project Power Station.  As their frontman, Des Barres’ had the honor to tour with Power Station for a few months prior to their disbandment. By the late ’80s, Des Barres was juggling acting and singing with his second solo offering, 1986’s Somebody Up There Likes Me, which saw him working with Steve Jones and Duran Duran’s Andy Taylor.

Seemingly everywhere throughout the 1980s, in ’87 Des Barres starred in Pink Cadillac with Clint Eastwood, and amidst it all, he had the recurring role of Murdoc in hit action show MacGyver. With such a long resume in music and film/television, one could write a book on Des Barres, and perhaps they should. Consistently active in music through the new millennium in various projects, as well as hosting on SiriusXM’s nationally syndicated “Little Steven’s Underground Garage,” 2015 sees Des Barres’ first solo studio album in nearly three decades with the release of The Key of the Universe on April 7th. Featuring production of Robert Rose, who worked with Des Barres on Somebody Up There Likes Me, the new album once more reunites the musician with Harrison on bass and guitar, along with featuring Clive Deamer (Portishead, Robert Plant) on drums, and Dani Robinson on guitar.

Starting off the album is the balls to the wall rocker single “I Can’t Get You Off My Mind,” which was written with Linda Perry. With an intro reminiscent of Sponge’s “Plowed,” it turns into a fun riff-laden tune of obsession as Des Barres rasps, “Gunnin’ for ya, Baby/because, I can’t get you off of my mind.”  Next, is “Room Full of Angels,” a power ballad that begins with a sad guitar riff, which settles into a strummy piece of loneliness and longing; “I need a room a full of angels/to bring me through/to hold me tonight.”  Also a single, “I Want Love to Punch Me in the Face” is a catchy tune by title alone, yet, the lyrics seriously make it known that Des Barres wants his girl to give him some down and dirty love, “Knock me out/and count to ten.”  “Maybe Means Nothing” begins with an in your face riff that turns in an anthemic piece of “come real” to his girl.

The song “Burning In Water, Drowning in Flames” is a bluesy piece with moody slide guitars that tugs on the heart strings as Des Barres tells of unrequited feelings, “Have you feelings/have you no shame.”  Then “It’s Just a Dream” has a The Cure-like Gothic feel with a bit of Pop/Rock as Des Barres tells of the pedestal he places this girl on, singing, “Anything you like/I like,” but on waking, he finds, “It’s just a dream.”  Beginning with a KISS-like sound akin to “I Wanna Rock N Roll All Night” with a shade of Starship’s “We Built This City” peppered through, “Yesterday’s Casanova” has a Punk flavor, warning of not getting sloppy in fame. The cut “Black Sheep are Beautiful” has a fun, jam session feel with Beatle-esque riffs turned ’70s Psychedelic as Des Barres sings, “Black sheep are beautiful/and you/you’re a star.” As the record winds down, Des Barres brings back the heavy rocking with “Liberty Train” as he passionately sings “I hear that train rolling down the track/This time ain’t no turning back.” This leads to the final song off The Key to the Universe entitled “Supernatural Lovers,” which has a Shaft-like Funk flavor with Des Barres’ voice taking on a dreamy tone akin to Jimi Hendrix’s “Purple Haze.”

With a resume of rocking with the likes of Fleetwood Mac, The Kinks, Uriah Heep, Nazareth, Kiss, New York Dolls, Kansas, AC/DC, Todd Rundgren, Blue Oyster Cult, Jethro Tull, Iggy Pop, Deep Purple, INXS, Billy Idol, Ratt, and Duran Duran, it is no wonder Michael Des Barres rocks it like no other on The Key to the Universe. This record is a culmination of his years of experience, and above all, it is sincere and from the heart. It is loud, proud, and enjoyable start to finish. While everyone may know his name, it is time to indulge in one of Rock’s biggest surprises in 2015 with The Key to the Universe. CrypticRock gives this album 5 of 5 stars. 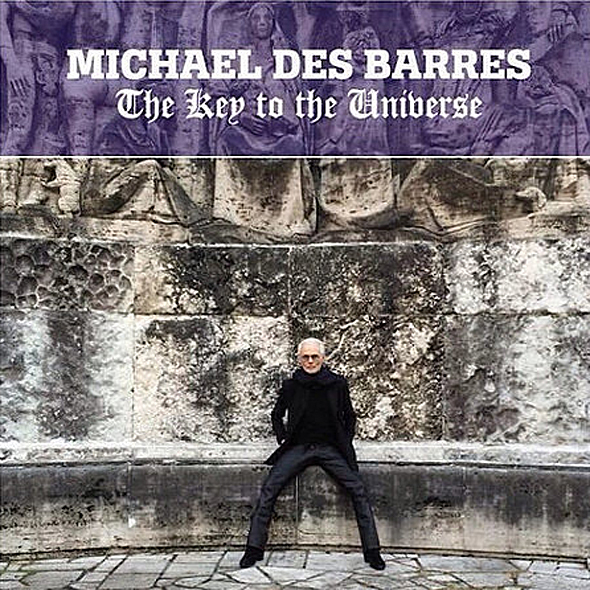