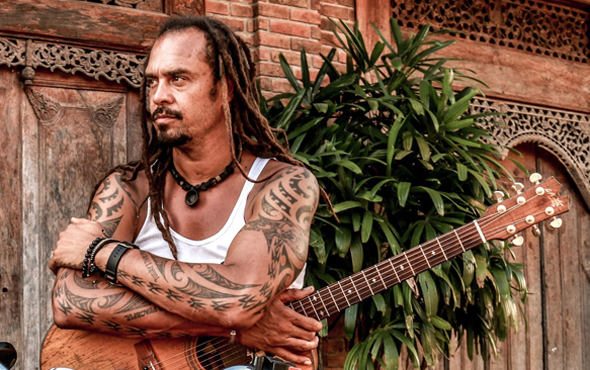 Always seeming somewhat difficult to uphold a decent reputation for any artist, Michael Franti & Spearhead have made the task look simple and less daunting more and more each successful year. Starting up in the early ’90s, 1994 brought the blend of Soul, Funk, and Reggae music to a whole new light; completely characterized by world issues, self empowerment, and human challenges. Their music reaches to a worldwide audience, hooked by catchy lyrics and beats that were meant to vibe to.

Originating in San Francisco, CA Michael Franti & Spearhead initially started out as Franti dedicating his time to past projects, all leading up to his most successful signature thus far. Throwing all of his passion and commitment into his music, alongside studio musicians – soon to be a group of solid members – the band took off and always seems to be completely immersed in their message; positivity. Gaining the recognition they deserve, touring and being featured in certain media helped get their name out into the world, which gave them a sturdy audience to lean on.

While constantly striving to make a difference with their words and uplifting energy, Michael Franti & Spearhead have released an overwhelming discography that has shaped the group into a masterpiece of self awareness. Now just twenty-two years and eight studio albums later, they are back, better than ever, with their ninth full length record, entitled SOULROCKER; their first album to be released via Fantasy Records. Out to the public June 3rd, the group has mastered their sound into a thirteen track exciting and influential packed journey.

With the help of musicians Carl Young, Manasitiene, J Bowman, and Michael Blankenship, Franti was able to keep his successful career going even further with SOULROCKER. The album kicks off with the hit single “Crazy For You,” a piece that is upbeat and completely and utterly danceable. Touching on the world of Soul music, Franti’s vocals melt into the bouncing, yet mellow instrumentals, driving it to be an instant favorite to all listeners.

While the entirety of the album is a rousing showcase of talent and purely raw energy, there are multiple tracks off of SOULROCKER that unconditionally highlight the overall tone and message the record is trying to perceive. Jumping to track three, “Get Myself To Saturday” is an enticing track that fully draws listeners in with a beat that could easily be played in a club and lyrics that are entirely relatable; Michael Franti & Spearhead have captured the quintessential essence of their exact being. Following is “Summertime Is In Our Hands,” a fully optimistic and cheerful piece that is best for a long drive on a summer day, while always sticking with their positive vibes.

Taking a turn in their sound for track six, “Still Standing” uses a more Electronic sound for their introduction and then again during the duration of their song, while getting back to their roots for the chorus. This piece showcases the band’s full range of talents while again highlighting their overall lighthearted atmosphere. Taking a complete shift, the next track “Good To Be Alive Today” is the tour de force of SOULROCKER. Concentrating on worldwide issues, this track focuses on the “what ifs” of everyday life. While bringing up serious obstacles that many face on a daily, Michael Franti & Spearhead overlook the negativity to try and find the positivity.

Going ahead to track nine, another single off of SOULROCKER, “Once A Day” features their original Reggae sound with a futuristic twist. Still focusing on the album’s message, lyrics “Everybody gotta love somebody everyday” perfectly summarize this song. A bit more toned down, “I Got Love For Ya” is the ultimate romance track. Still upbeat like most other tracks, this song is sweet, simple, and mellow. Closing the album out with “Love Will Find A Way,” a track that goes way back to their roots, this song is light and inspirational; a perfect way to end a truly powerful album.

Dominating new releases for 2016, Michael Franti & Spearhead have created a long lasting and enjoyable summer soundtrack for any road trip, beach-goer, or music lover. Completely skyrocketing past former records, SOULROCKER has overtaken their scene once again. Creating songs that grasp the attention of all those who listen, they are sure to build an even larger and stronger audience than ever before. CrypticRock gives the inspirational Michael Franti & Spearhead’s SOULROCKER 4 out of 5 stars. 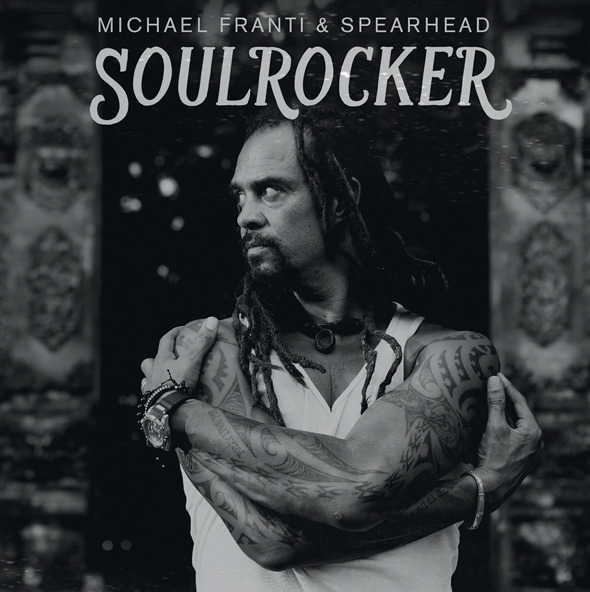