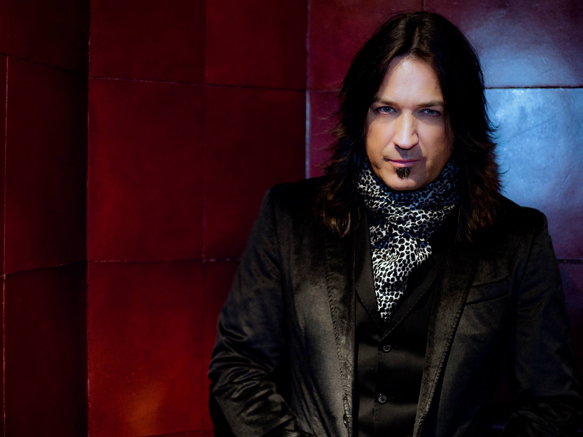 Michael Sweet is best known as the founder and frontman of Christian Rock legend Stryper. He also spent time as lead singer/guitarist for Boston between the years of 2007 and 2011. Sweet nurtured a solo career starting in 1992 during a Stryper hiatus, delivering several top notch albums in that time.  Now, in 2014, he brings fans his first solo album in seven years, titled I’m Not Your Suicide.  Sweet assembled an all-star cast of musicians including accomplished drummer Kenny Aronoff, bassist John O’Boyle, pianist Paul McNamara, steel guitarist Peter Adams along with a list of exciting guests as well.  The album has a strong message, focusing on Sweet’s anti-bullying stance and its tie-ins with his autobiography, Honestly: My Life and Stryper. Long gone are the black & yellow jumpsuits. Sweet has evolved, all the while keeping his principles. He is also promoting an organization called Child Help, for abused and bullied children in USA & Canada.

Joining up with TNT’s Tony Harnell sirens herald the start of “Taking on the World Tonight“, with fast-paced, soaring vocals and positive energy that runs through the chords. “All That’s Left (For Me To Prove)” is a passionate plea and “The Cause” rises to exclaim a euphoric message of hope for all, grinding out the riffs, both spiritual and uplifting. “This Time” features dc Talk’s Kevin Max and is sweeter and gentler, building to its crescendo of glory. The title track and first single, “I’m Not Your Suicide“, has a fire within. Fans will note that a percentage of sales from this single went to the charity Child Help, as it focuses the listener on the over-all anti-bullying message of the album. “Coming Home“ features some sublime blues slide guitar, with emotional and beautiful melodies. The urgent strumming of “Miles Away“ takes the momentum up a notch.

Inspirational and stirring, “Strong” transcends the humdrum of daily life. The soft, melancholy piano defines the start of “How to Live” with guest appearances from Stryper’s Robert Sweet and Timothy Gaines as it breaks to guitars and elevates itself. Sweet covers Neil Young’s “Heart of Gold“, nicely re-created and fitting well within the theme of the album. There are some lovely female backing vocals complementing Sweet’s voice and it feels a lot more upbeat than when Young performed it. Unreservedly ‘80s, the flamboyant track “Anybody Else” featuring Fozzy’s Chris Jericho and Burning Rain’s Doug Aldrich is pure Van Halen/Mötley Crüe/KISS, bringing fans back to the Spandex and hairspray of decades gone by. “Unsuspecting“ continues in this style, and while its message might be serious, its style seems to mock the hair metal of old.  A stunning finish to the album comes with the return of “Heart of Gold” as a bonus track, this time with vocals being shared with Electra Mustaine (daughter of Megadeth’s Dave Mustaine). She’s perfect for this track as her voice blends beautifully with Sweet’s.

What we have here is a collection of songs with big production values, plenty of guitar noodling, harmonies and an optimistic, feel-good nature. Yes, it is a bit 1980s. Yes, it all sounds a bit similar in style. But when each track is as positive and uplifting as the songs on this album, fans cannot help but enjoy listening to them. Sweet is championing the youth with this album, but not in a preachy way. These are songs about morality, love, being confident and being one’s self. At the same time, they are entertaining and skillfully crafted. Well worth checking out.  Also, keep in mind that Sweet is presently working with George Lynch on a new project named Sweet/Lynch.  CrypticRock gives I’m Not Your Suicide 4 out of 5 stars. 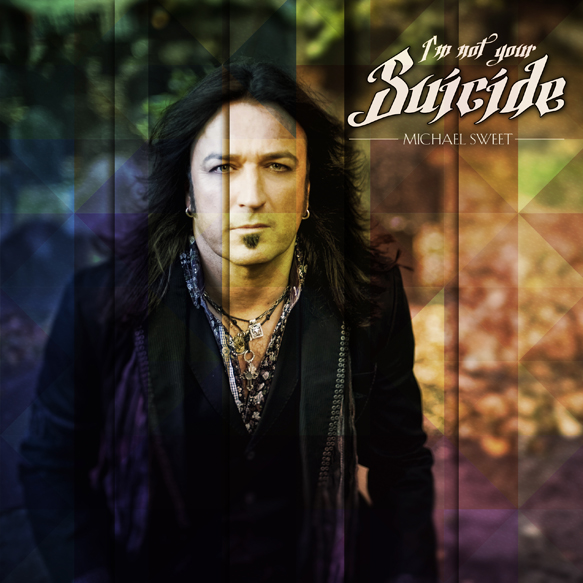