Games have long since been birthed of controversial and/or sinister origins, what with “Ring Around the Rosies” denoting elements associated with the Black Plague, or “Chutes and Ladders” teaching children about morality and introducing them to the paradise of Heaven and the misery of Hell, or what about “Ouija Boards” granting power to call upon the spirits to anyone over the age of 8? It’s all just fun and games though, right? But how much fun could a game really be when your fears are exploited and it is your life that is placed at stake? Do you think you have what it takes to go head-to-head with the Midnight Man and win? 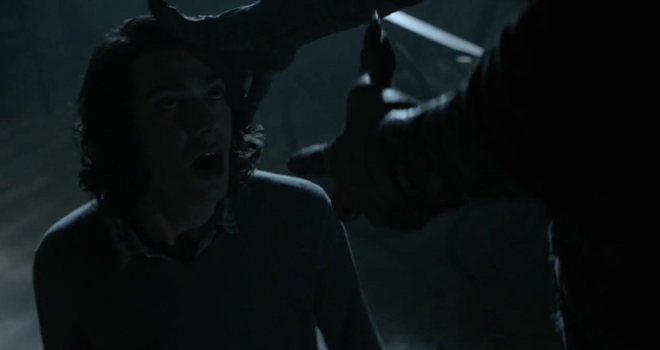 The Midnight Man is the Canadian remake of the 2013 Irish Horror film, which shares the same name, that is set to release in select theaters and on all VOD platforms on Friday, January 19, 2018 via IFC Midnight. It was written by Rob Kennedy (Wheels of Death 2008, Trick or Treat 2008), directed by Travis Zariwny (Intruder 2016, Cabin Fever 2016), and made in conjunction with The Bridge Finance Company, Midnight Productions, and Scooty Woop Elite.

The film features some Horror greats like Robert Englund, who is most recognized for his role as Freddy Krueger in the A Nightmare on Elm Street franchise, and Lin Shaye, who is known for her portrayal of Elise Rainier in the Insidious films. The movie also stars Gabrielle Haugh (Jeepers Creepers 3 2017, The Institute 2017) as Alex, Anna’s (Shaye) granddaughter; Grayson Gabriel (Stan Helsing 2009, Once Upon a Time series) as Alex’s childhood friend, Miles; Emily Haine (Deadpool 2016, The 100 series) as Mile’s friend, Kelly; and Kyle Strauts (The Cabin in the Woods 2012, The Predator 2018) as the Midnight Man, as well as others.

The movie begins with a flashback to 1953, with the setting being an isolated, but beautifully snow-covered mansion that looks as though it belongs in a dream. Once inside, viewers watch as children scramble to frantically light a candle, but are unfortunately too late. The choices become painstakingly clear; stay in the circle of salt, or fall prey to the Midnight Man. 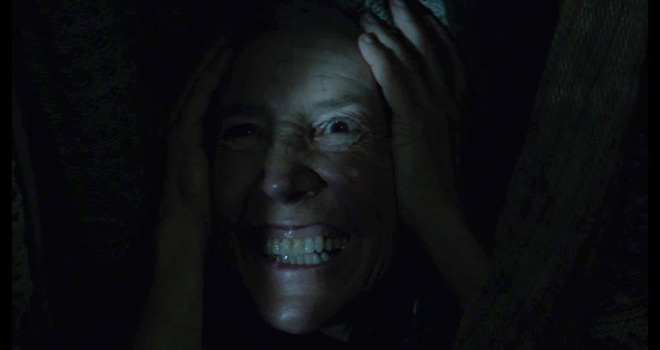 Viewers are then brought to the present day, and Anna is no longer the child playing a game with her friends in the attic, but is instead a stubborn, old Nana that is suffering from Dementia and now requires the full-time care of her granddaughter, Alex (Haugh). While staying with her grandmother, Alex invites over her old friend, Miles (Gabriel), who later invites over his friend Kelly (Haine). At one point, Alex is instructed to go to the attic to retrieve her Nana’s mirror, but ends up stumbling upon The Midnight Game instead; for which her curiosity gets the better of her and she and her friends become locked in a survival game with a wicked entity known only as The Midnight Man.

The Midnight Man in a manifestation of a player’s greatest fears, and boy is he a real stickler for the rules. Breaking a rule could literally mean the difference between life and death. Imagine, if you will, playing the game Jumanji, but with a Boggart from Harry Potter; one that looks like a cross between a Dementor and a Death Eater – that is The Midnight Man. The rules are simple: Do not let your candle go out; if it does, then you have ten seconds to light it before the Midnight Man cometh; if you cannot light it in the allotted time, then you must surround yourself in a circle of salt; never stay in one place for too long; and stay alive until the game is over at exactly 3:33 AM.

With that being said, this film was the culmination of everything that makes Horror so much fun. It had loads of atmospheric Horror that was greatly intensified by the brilliant cinematography and suspenseful film score. The fact that it mostly took place in the dark, with little illumination beyond what one would get from a lamp, means viewers were forced to keep their eyes peeled open and constantly scanning every inch of darkness in the hopes of catching the scares before the scares took them by surprise. The subtleties and nuances only aided in the atmospheric Horror, meanwhile, the gory, in-your-face scares were always lurking just around the corner. 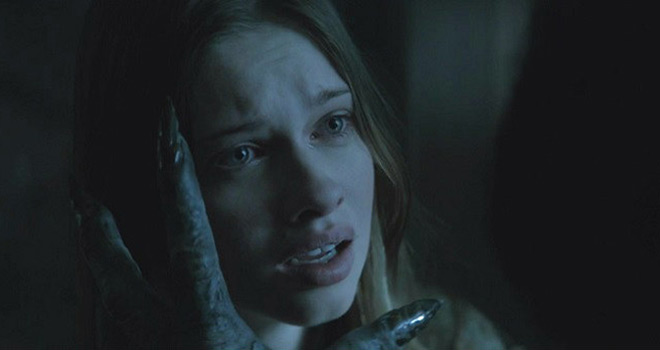 The performances were executed with precision and care. Shaye really stole the show with her chilling portrayal of Anna, and the almost bipolar personality she had to take on to accurately depict her downward spiral. Anna’s mental decline was both painful and scary to watch, as her fits and mood swings mimicked what one would associate with demonic possession.

The symbolic nature of the clocks and the obsession with time did well at stressing its importance in the film, and the pacing could not be more perfect. The use of distractions to play up the scares was overall incredibly effective at establishing a baseline of fear and anticipation, and then delivering the full effect upon the actual reveal.

The attention to detail was immensely appreciated, especially with regards to the game’s initial setup and explanation, and the overwhelmingly creepy goings-on occurring before, during, and after the game was played. There was also such fine detail in the special effects that viewers could not help but become captivated; such as by the makeup for the Midnight Man – which was creative and well-developed – or even the gnarly gore and killer death sequences. So, forget getting a little “afternoon delight,” and go straight for the midnight delight with this inspired and understated Horror gem. This movie is a real winner in all the right categories, which is why CrypticRock gives The Midnight Man 4 out of 5 stars. 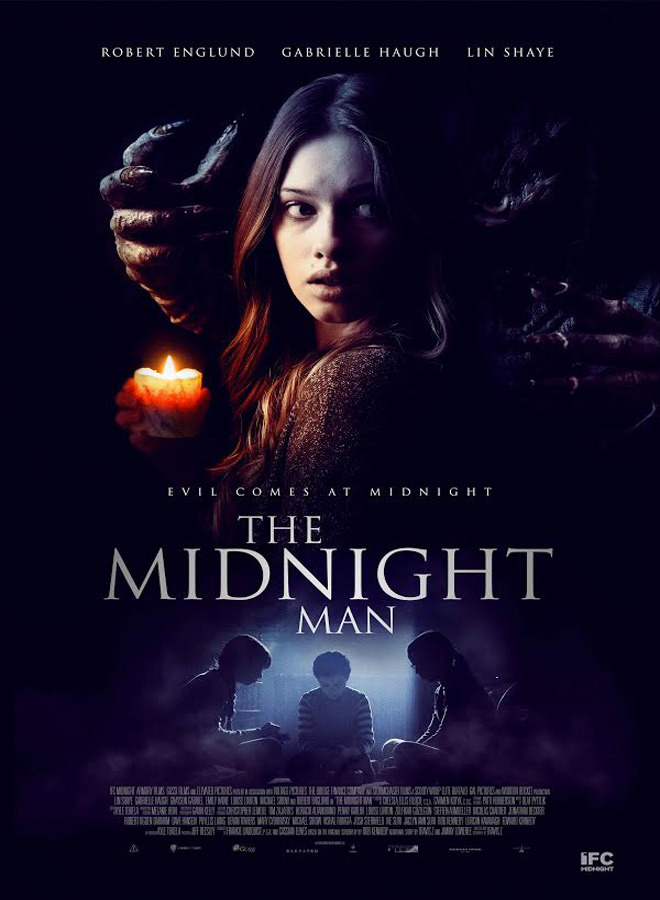