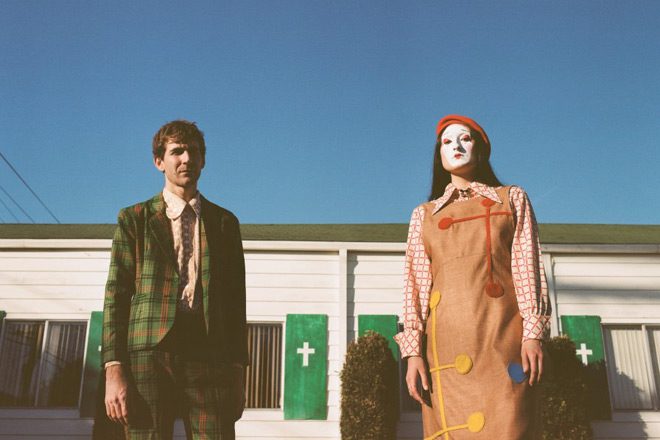 The best ways to listen to any form of music are either within a decent pair of headphones or inside the cabin of a car. It is important to be able to catch every little bit of audio nuance that had been placed—sometimes secretively—into the recording of an album. Left and right stereo-imaging plays an even bigger part in overall sound.

At times, instruments, harmonies, and, in some cases, eerie sounds will bounce back and forth from speaker to speaker, or lowly heard on only one side, adding more depth and character to an album. If the band, or producer, has any bit of imagination, these effects will help enliven more of what story the musician is already trying to convey.

This is particularly true for San Fernando, California based newcomer band Midnight Sister, with their debut album Saturn Over Sunset set for release September 8, 2017 via Jagjaguwar Records. It is strongly recommended that headphones are used when listening to this record. If such a pair cannot be found, the inside of the car will suit the listener just fine; as long as it is late at night, the streets are quiet, and the seats are able to recline.

Musicians Juliana Giraffe and Ari Balouzian are the only members of Midnight Sister; and while both of them share instrument duties, Giraffe handles mostly all of the vocals. Balouzian recorded Saturn Over Sunset at his apartment on a supposed shoestring budget. Well, as much as budget and producing play important factors in how well an album will sound, Midnight Sister made one sound like fifty-thousand tightly-wound shoestrings put together! The entire album is a smooth, lathery wave of sound that never, ever crashes; it hovers, hums, and gently stays afloat, instead. At the end of each track, there is some sort of fade-away before the next wave comes into play. It is rather nice to hear, especially in headphones.

Within the album Saturn Over Sunset, there are elements of avant-garde Jazz, lo-fi guitar fuzz, Art-noise, and a swift breeze of Chillwave giving off a dark and moody vibe to the music. The drums on this record sound fantastic, too, but are not always there. Stringed instruments are also used, which help to fatten the air of an eeriness lingering throughout the album. Giraffe’s vocal style is strong, engaging, and demanding. When she sings, her words sound like she is in a world of pain, that something is truly troubling her, having to use the music of Midnight Sister to alleviate the weight upon her shoulders. Thanks to Balouzian, for he does a splendid job arranging the instruments and their sounds to further complement the voice and words of Giraffe.

Some speculate that Midnight Sister appears as a “Pop” band, but this may be far from the truth. Although the album has some catchy tunes, within each track lies a gorgeous gloom that may not appeal to the bland world of radio Pop Rock enthusiasts—and, that is such a good thing.

Saturn Over Sunset contains 15 tracks of moody, bittersweet goodness. Some standout tracks to mention would be the first song, “Canary.” It opens with a xylophone accenting each of Giraffe’s words before going into an absolutely entrancing drone of free-forming instruments and computer blips and beeps that could very well be the sound of a canary submerged in a watery dream, taking flight in slow-motion.

In addition, the single “Blue Cigar” is another great track off the album, as is “Leave You”—both of which have been made into really cool musical videos. As it turns out, Giraffe and her sister, Nicky, both directed the latter video together. “The Crow” and “Daddy Long Legs” are also great tracks, but listing every song would kill the surprise. This album needs to be heard in one sitting, alone, and without any interruption.

Midnight Sister’s Saturn Over Sunset is an exhilarating breath of fresh air. There is a dreamy, haunting tone running through the entire album that will completely entrance any listener lucky enough to set a pair of ears upon its music. Giraffe and Balouzian are two talented musicians that should be patting themselves on their backs for this gorgeous, musical dreamscape. For being a great album from start to finish, CrypticRock gives Saturn Over Sunset 5 out of 5 stars. 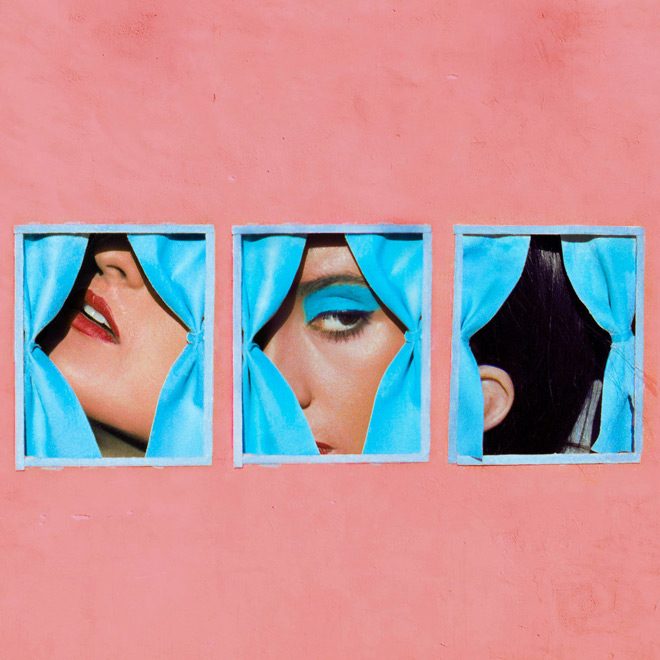