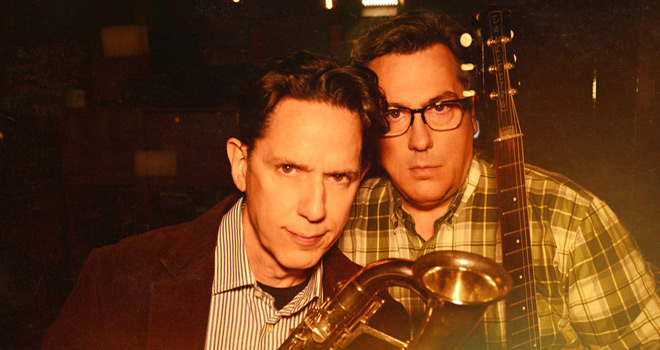 The sonic patchwork masters of middle-school, nerdy Alternative Pop are back! Furthermore, they are as musically quirky, witty, tuneful, playful, and hyper as ever. However, behind the sunniness and upbeat predisposition of this latest offering of theirs, the Giants delve also on dark lyrical themes “of dread, death, and disappointment.”

Formed in 1982, in Lincoln, Massachusetts, They Might Be Giants are John Flansburgh (vocals, rhythm guitar) and John Linnell (vocals, accordion, saxophone, clarinet, keyboards) with their current backing musicians: Dan Miller (guitar, backing vocals), Danny Weinkauf (bass), Marty Beller (drums, percussion), Curt Ramm (trumpet), and Chris Anderson (mellotron). In their three-and-a-half-decade career, the duo have garnered nineteen studio albums, from 1986’s self-titled debut to 2016’s Phone Power, spawning a diversity of songs that included the subtly funky “Put Your Hand Inside the Puppet Head,” the feel-good “I Should Be Allowed to Think,” the crunchy stomper “Judy Is Your Viet Nam,” and the upbeat and jangly “Can’t Keep Johnny Down.”

Now, only two years after the call of their last full-length, They Might Be Giants are unleashing another set of songs behind whose happy facades beats a gloomy heart. Coming out on January 19, 2018, via Idlewild, the fifteen-track I Like Fun is generally a throwback to the sound of Flood. This must have not been a coincidence after all, for it was recorded at the same studio space where they made Flood—their most definitive release—almost thirty years ago.

I Like Fun opens straight away with the clapping, stomping beat of “Let’s Get This Over With,” exuding a nostalgic whiff of their ’90s heyday. This is followed by the ’60s Pop–inspired “I Left My Body,” which may remind the initiated of the likes of The Turtles (“Happy Together”), The Monkees (“I’m a Believer”), and The Foundations (“Build Me Up, Buttercup”). The ensuing “All Time What,” on the other hand, then takes the listener from the ’60s back to the future—into the ’90s, alongside that decade’s forerunners of fuzzy and poppy Alternative Rock music such as Weezer (“Buddy Holly”), The Rentals (“Friends of P.”) and Sloan (“Underwhelmed”).

“By the Time You Get This” slows down the beat for a bit, but its choppy rhythm makes it nevertheless compelling. With “An Insult to the Fact Checkers,” They Might Be Giants loosen their stride and step on their distortion boxes to unleash something wiry and metallic. Then the syncopated, piano-led “Mrs. Bluebeard” and the horn-adorned title track are a sudden trek to a dim-lit lounge—a perfect time to unwind while sipping a glass of margarita, or piña colada, or whatever one prefers while listening to something jazzy. After this Jazz excursion, the quirky duo then treat the listener to something jangly, soulful, and wishful as “Push Back the Hands” plays; and then comforting afterwards with the glassy angularity of “This Microphone.”

“The Bright Side” and “When the Light Comes On” return the listener to the familiar, positive vibes of They Might Be Giant’s music—akin to their similarly styled, classic New Wave hits “Birdhouse in Your Soul,” “Ana Ng,” and cover of “Istanbul (Not Constantinople).”

The spacey and dancey “Lake Monsters” and “McCafferty’s Bib” recall the same spaced-out Britpop/Baggy music championed in the mid-’90s to the early 2000s by the likes of Happy Mondays (“Kinky Afro”), The Stone Roses (“Fools Gold”), The Soup Dragons (“I’m Free”), Blur (“Mr. Robinson’s Quango”), and Gorillaz (“Clint Eastwood”). Then, after the short, slightly dirge-sounding “The Greatest,” They Might Be Giants finally hang up the fun (and the frown for that matter) with the dial-a-song tone and timbre of “Last Wave.”

Overall, the music of They Might Be Giants have usually been associated with their penchant for playful and tuneful melodies that conjure images of carefree children (or childlike young adults) frolicking in a playground. On another hand, it also exhibits maturity, seriousness, and melancholy. Such an overwhelming but delightful paradox. In I Like Fun, Flansburgh and Linnell with their musical co-conspirators succeed in flying colors in melding once again these extremely opposite thematic polarities – a skill that they have, after all, long mastered. CrypticRock gives I Like Fun 4 out of 5 stars. 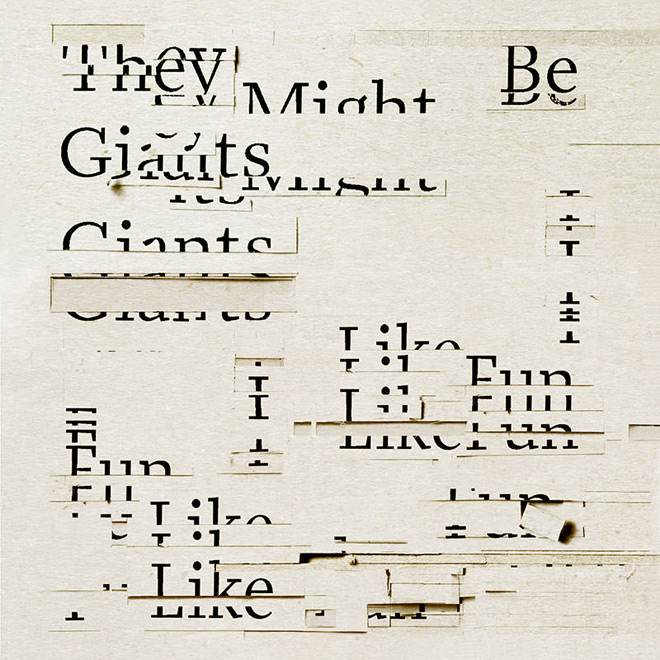