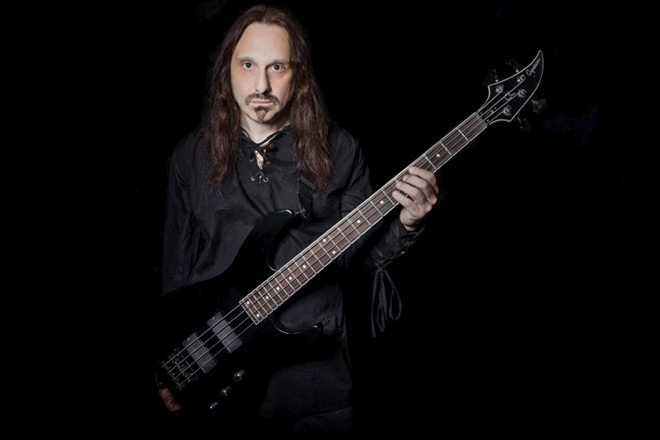 Far from inhibited, Mike Lepond’s Silent Assassins are a multi-faceted ensemble of talented musicians who bring forth a vast allotment of raw, in-your-face music, stretching out the boundaries between 1980’s style Rock, Progressive Metal, and Viking/Folk Metal. For those unfamiliar, Mike Lepond is the well known bassist for the New Jersey based, Progressive Metal outfit Symphony X. Branching out, in 2014 Lepond formed his first solo project – Mike Lepond’s Silent Assassins – releasing their acclaimed, self-titled debut album later that same year.

Back for more, Mike Lepond’s Silent Assassins are overjoyed to release their sophomore album, Pawn and Prophecy, which hits airwaves on Friday, January 26, 2018 thanks to the good people at Frontiers Music S.R.L. Straight-up tumultuous, Pawn and Prophecy delivers an open range of Metal fitting for listeners whose ear drums crave a variety of Metal tastes.

Having said that, let us dive in and see what Pawn and Prophecy brings to the table. A proclamation, “Masters Of The Hall” kicks thing off in a big way with accelerated guitar and thunderous bass alongside screaming vocals reminiscent of the great King Diamond. Authoritative, “Black Legend” is a stalking number revealing who has the final word as judge and jury of your untimely doom. Going against the grain, “Antichrist” slays as it brings the darkness over a bruising concoction of classic Thrash Metal faculties.

Wicked in nature, the melodious “I am The Bull” terrifies to the core with an eerie bass intro leading a slow and steady dosage of Metal to jar the senses. Next, the defiant “Avengers Of Eden” has the blood boiling feel of a cavalry charging into war to even the odds with the enemy. Steamrolling, “Hordes Of Fire” burns down the house with bombastic head-banging riffs accompanying ultra harmonious vocals gifted by Tecchio.

A Whimsical tale, “The Mulberry Tree” is the first track to bring forth an interesting non-Metal vibe. A completely different experience from previous album tracks. An assortment of Irish and Scottish Folk Rock, “The Mulberry Tree” is a folktale seemingly about a young couple, the tragic death of the fair maiden, and the tree where they fell in love.

Not to be overlooked, “Pawn And Prophecy” is an epic feature closing in at a staggering twenty-one minutes long. Set in the style of musical theater, the title-track is based on the William Shakespeare play Macbeth and Mike Lepond’s Silent Assassins have done a fine job creating, what is essentially, a soundtrack in Metal to the fabled play. Over the course of the song, this cut goes into a mix of arrangements from blaring Heavy Metal to Blues, Jazz, Folk, and the theatrical.

All that said, Mike Lepond’s Silent Assassins have cooked up a well-done Heavy Metal record in Pawn and Prophecy that will really start to grow on the listener. Alive with ability, this band has distinctly put their many talents on display including the roaring vocals of Tecchio, Lepond’s deafening bass playing, along with a group of exciting musicians and vocalists with whom Lepond has surrounded himself. In conclusion, Pawn and Prophecy should easily be successful among fans in the Heavy Metal community thanks to face-melting songs that cannot be ignored. For these reasons, CrypticRock gives Pawn and Prophecy 4 out of 5 stars. 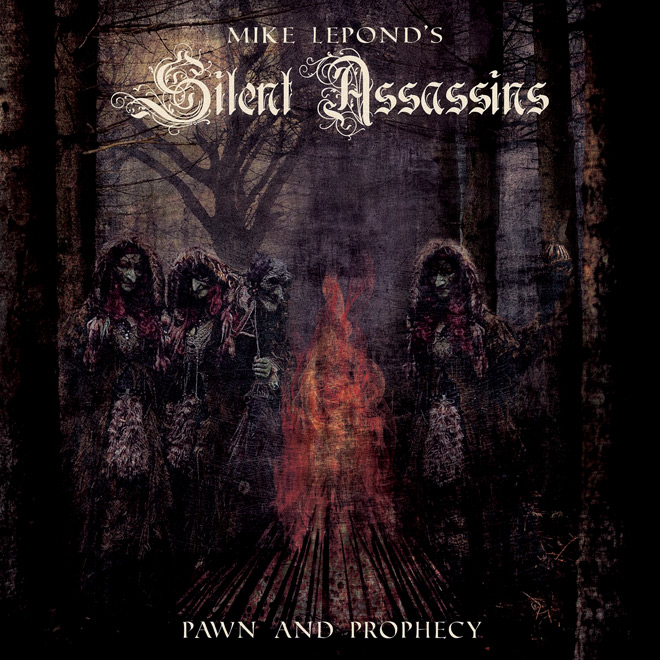