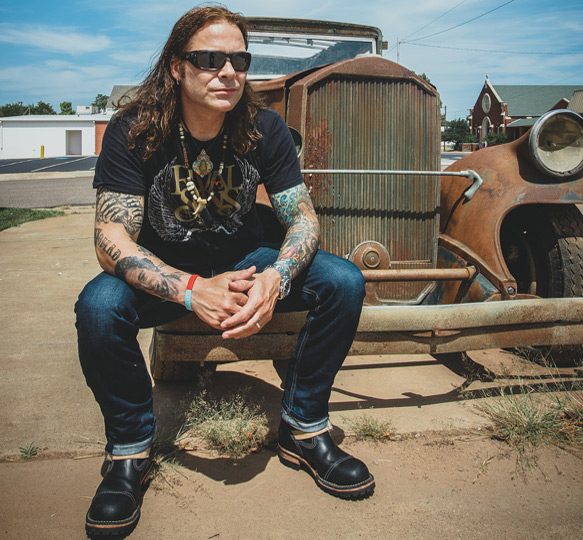 Back with his fourth album in four years, Danish Singer/Songwriter Mike Tramp has certainly hit the studio hard in recent times. Initially attaining success with the Pop band Mabel, it would be his formation of White Lion with Vito Bratta back in 1983 that would launch Tramp into Hard Rock stardom. Now in his fortieth year as a recording artist, Tramp finds no lack of inspiration as he returns with his new studio album, Maybe Tomorrow, via Target Records on February 24th.

An album that comes two years following the trilogy of 2013’s Cobblestone Street, 2014’s Museum, and 2015’s Nomad, Maybe Tomorrow continues to dig deep into Tramp’s personal feelings. Recorded at Medley Studios, with Soren Anderson as both producer and guitarist, this is now album number six for them working together. Additionally, Tramp works with the same musicians that played on Nomad, namely Morten Hellborn (drums), Jesper Haugaard (bass), and Morton Buchholtz (piano/hammond organ).

The album launches with “Coming Home,” a rhythmic melody of classic acoustic and electric guitar flourishes offering a traditional feel, full of enriched musical layers. A song about returning to one’s roots, Tramp’s sound is very American for a Danish artist. He then tackles the issue of being put down, negativity, and criticism on “It’s Not How We Do It,” which is underpinned by a clean singalong feel. Possessing an energy and drive, through it all, it is the accessibility of the vocals that will appeal to a broader audience. Keeping with strong words full of optimism, “Spring” brings sunshine and joy, lifting the spirits in the same way as seeing snowdrops.

As the album moves along, each song has the sort of beat that makes the listener sway back and forth, and “Would I Lie To You” is no different. A sentimental track that deals with trust in a relationship, sometimes a little repetitive with its lyrics, Tramp shows determination in getting his message across. Then comes the retrospective-like “Rust and Dust,” which maintains that American feel, painting an image of a lonely motorcycle on an endless road through desert landscapes. Staying with that imagery, “Leaving One Day” has elements of ’70s Prog lifting it from the typical Rock-n-Roll rhythms.

More mellow than other songs on the album, the sad and sweet ballad “Time and Place” strikes poignant piano notes while fueling emotion. It has a real songwriter feel to it, both intimate and raw, while it sounds like Tramp is letting it all out. Back to the even pace of the rest of the record, “What More Can I Say” has the singalong characteristics that make it an ideal live track. Then, Tramp takes the audience down the highway on that motorbike again with “Why Even Worry At All.” A great motto for life, if only it was as easy as Tramp makes it sound, but general advice sticks, letting us know we will all be fine. Ending the journey, title-track, “Maybe Tomorrow,” sounds like it could have come from a Broadway musical. Another slower number, full of heartache and hope, with political undertones as well as thoughts of the future, it winds down Maybe Tomorrow with a beautiful guitar solo.

When it is all said and done, Maybe Tomorrow is filled with traditional Rock numbers dressed in a slight Country twinge. That said, Tramp delivers them superbly, however, some may feel there is little variation, with nearly all tracks having the same pace and feel. Not at all negative, it is clear that the music flowed quite naturally for Tramp, making it stand to reason they sound alike.

Some may find Maybe Tomorrow 100% satisfying, while other fans may think Musuem is more appealing. After all these years, Tramp has plenty of experience to draw upon, his voice is still melodic as well as fluid, but most of all, he does not disappoint in quality or quantity of music. CrypticRock gives Maybe Tomorrow 4 out of 5 stars. 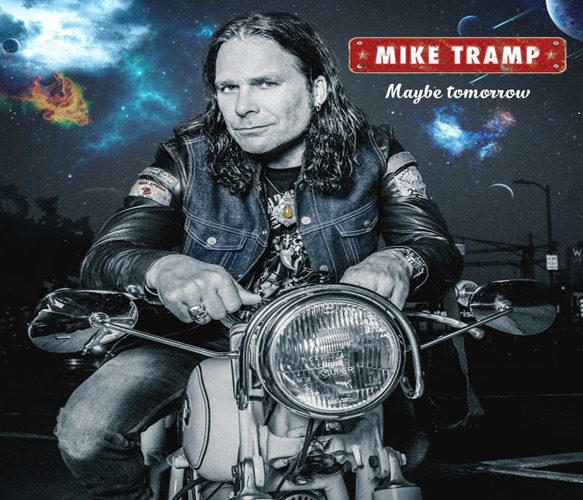