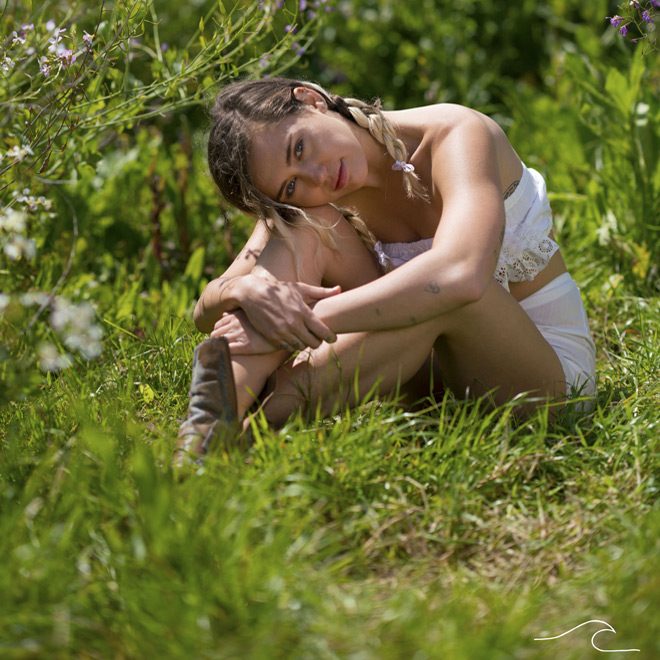 It has been quite some time since Miley Cyrus played Hannah Montana on the Disney Channel, but her role as the beloved character stole hearts and cemented her place in entertainment history. With time, that little girl would grow up, proceed through a series of foibles – once with a foam finger – and put the term “twerking” on the map.

Over the past few years, however, it seems that Miss Cyrus has settled into her own and matured noticeably in the public eye; which makes it somewhat ironic that her brand-new album – available everywhere as of September 29th thanks to RCA Records – is entitled Younger Now.

Singer-Songwriter Miley Cyrus is a woman of many talents: an actress, a musician, an artist, and a philanthropist. With five No. 1 albums to her name – ranging from her 2007 debut Meet Miley Cyrus to the 2013 Grammy-nominated Bangerz, to 2015’s independently-released Miley Cyrus & Her Dead Petz – Cyrus has performed sold-out world tours, sold millions of albums, and has over 3 billion video views. Currently acting as a coach on the hugely popular NBC television show The Voice, Cyrus is a Pop culture powerhouse in her own right and there are clearly no signs of her stopping anytime soon!

On her sixth studio offering, Younger Now, Cyrus embraces a multitude of sonic styles to create a ten-track collection of diverse and sincere sounds. Produced by Oren Yoel (Asher Roth, Eliza Doolittle), alongside Cyrus herself, the album is truly a testament to this young woman’s talent; as Cyrus not only co-produced, but authored the entirety of the album’s lyrics and co-wrote its music.

Album namesake “Younger Now” opens the album to the zen sounds of flowing water and frogs chirping. While the vibe here is superbly laidback, mellow, there is still a danceable beat and moments where Cyrus’ husky vocals sound oddly reminiscent of Lana Del Rey. “Feels like I just woke up,” are her very first words in the catchy Pop track that has already seen a single/video release. As if in answer to the critics, she even offers up her own defense: “No one stays the same!”

The introspective “Malibu” contains Country tinges around its edges and has also already been released as a single/video. It flows beautifully into Cyrus’ duet with the always adorable Dolly Parton, entitled “Rainbowland.” Opening with a witty voicemail, there is an absolutely precious retro feel to this track when it kicks in; if you can envision Dolly Parton and Miley Cyrus tapping into their inner-flower children, then you have “Rainbowland.” Standing beside the Nashville mega-star, Cyrus allows her vocals to truly soar.

What would Miss Cyrus do during a week of being single? “Week Without You” explores the idea with a catchy beat, that nostalgic glory that permeates much of the album, and some girls lying in the sun enjoying their freedom. It does not hold as much weight as many of the other tracks, but it is interesting enough to keep the ball rolling into “Miss You So Much.” Showing that gorgeously serious (“When you look up at a rainbow, do you ever wonder what’s really waiting at the end?”), heartwarmingly sincere side of this vocalist – who sings alongside Country influenced guitars – tracks such as this cement that when she can channel her frenetic creativity, this young woman has phenomenal talent.

Gorgeous wisps of daylight bounce across the tall grasses of “I Would Die For You,” a sincere and delicate, Indie love song. Meanwhile, the album’s Presley-inspired cover is personified in “Thinkin’,” a retro-kissed, sassy hip-shaker that is one truly fun earworm. “Bad Mood” is equally catchy in a soulful and earthy sense, while Cyrus shows some feisty attitude as she sings of packing up her shit and moving on to find love in the delicious “Love Someone.” It fits perfectly alongside “She’s Not Him,” a gentle ode to wanting to love one special person when your heart unfortunately will always belong to another (“You deserve a heart much bigger than one that’s torn in two”). It all winds up with the exquisitely touching “Inspired,” a delicate hope that we will each find our own inspiration while acknowledging that, for herself, dad is that true inspiration.

If you are a Hollywood gossip snob, sure, you can presume that the bulk of the tracks on Younger Now are inspired by Cyrus’ high-profile relationship(s). Fortunately, as we are here to talk music, the woman has a lot to offer this world that has nothing whatsoever to do with her personal life! On an album that shows immense maturity alongside heartfelt sincerity, where Cyrus wears her heart on her sleeve beautifully, it is hard to find much fault.

While a few of the tracks meander a little outside the flow of the collection, the overall package here is enjoyable, uplifting, and places a Cheshire cat’s grin on the face of its listeners. If it is not completely ridiculous to say, Cyrus is at her absolute finest when singing of her ‘achy, breaky heart,’ blending her colorful brand of Pop with her father’s Country roots, and rising above it all. Here is to a glorious reawakening! CrypticRock give Miley Cyrus’ Younger Now 4.5 of 5 stars. 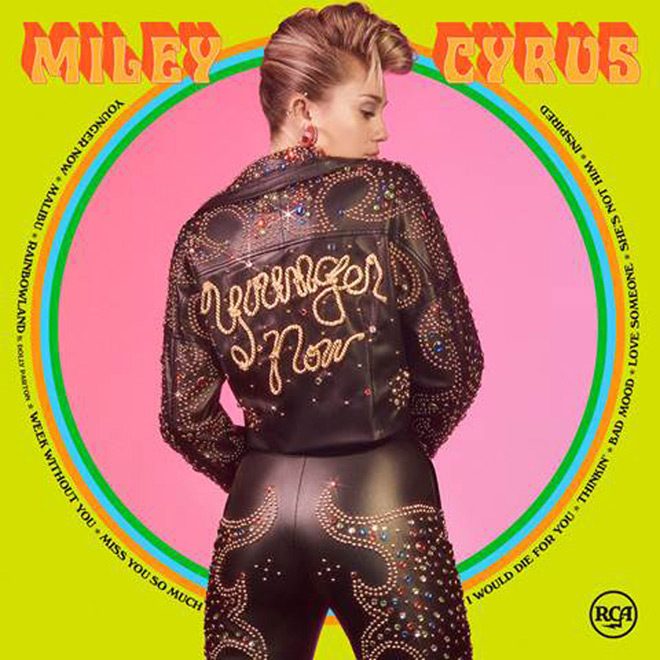