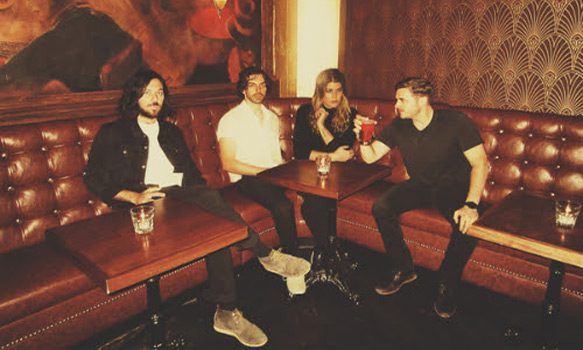 nce upon a time, in a long forgotten land, musicians actually played their instruments and sang their songs. Ridiculous as it may sound, there is still a contingent of artists out there who wish to play music without the aid of technology. Milo Greene is not a person, no: it is a cinematic Indie Pop quartet with three lead singers who are also multi-talented, multi-instrumentalists who just might manage to save music. Try saying that three times fast! Together, on February 24, 2017, Milo Greene return with their new Never Ender EP via Nettwerk Music Group.

Formed in Northern California around 2009, the group soon relocated to the City of Angels. Consisting of Robbie Arnett, Graham Fink, Marlana Sheetz – all three provide vocals and are multi-instrumentalists, and Curtis Marrero on percussion, they could have called themselves “Three Men and a Lady,” but they did not. That in mind, where does the band name come from? Reportedly, “Milo Greene” was a fictitious booking agent that the band members created to help them book gigs in their earliest days of playing live.

Those unfamiliar with the band, their debut, self-titled album hit eardrums in 2012, peaking at No. 1 on the US Billboard Heatseekers Album chart and No. 115 on the Billboard 200 chart. Three months later, the group released a short film, Moddison, that they authored with Chad Huff. The film is actually a series of music videos for each song on their debut album, and was filmed in a cabin on Shaver Lake in California. Milo Greene, the album, also received a significant push on television: tracks were featured on Grey’s Anatomy, Supernatural, Suburgatory, and the CW’s Reign and Nikita.

In enough words, Milo Greene’s music is an intelligently-crafted blend of classic Folk Rock in the vein of Crosby, Stills, Nash & Young and Fleetwood Mac with the modern Indie stylings of groups like Iceland’s Of Monsters and Men or former tourmates, The Civil Wars. Add to all of this a penchant for 1980s New Wave and Pop sounds ala Simple Minds, and Milo Greene are something fresh, honest, and real.

As for the new EP, Never Ender is a collection of five perfectly-crafted tracks about relationships, and it is a stellar whetting of the musical appetite. The music is infectious like Death Cab For Cutie, gently intense like The Civil Wars, meandering like Mumford & Sons; with multi-layered harmonies, poetic lyrics, and talented musicianship.

Opening the album is the infectious “I Know About You,” which puts a smart spin on its lyrics. “You’re a statue in motion, but I’ve come prepared . . . I know about you,” sing three beautifully-layered, harmonious voices. There can be only one complaint about this track: it is too short. They follow this up with “We Kept the Lights On,” which is available to stream on their website. Not to continually reference this amazing duo, but it is reminiscent of The Civil Wars, though more toward Pop than Folk.

Lackadaisical vocals set at a languid pace, “Keep My Head,” is the lengthiest of the five tracks at just over five minutes. “I’m just no good deep down and I can’t keep my head when you’re around,” proclaim the quartet in this take on being lost in someone else. “Afraid of Everything” presents a sound that moves closer to ’80s New Wave. Lyrically, this reads like actual prose: “I could barely breathe at the sound of your voice, I could never run that fast. I could never see how you called it a choice when you left me none . . . I’m afraid of everything, I’m not afraid of you.”

They close out the EP with “I’ll Wait,” a track about loving someone so much that you are willing to wait for them forever. Thematically simple, sonically stunning. If the purpose of the Never Ender EP is to create enthusiasm in fans and critics and build desire for a full-length Milo Greene disc, then bravo! Job well done. Now go record that album! For their lush harmonies, sophisticated prose, and ability to craft something truly impressive, CrypticRock gives Milo Greene’s Never Ender EP 5 of 5 stars. 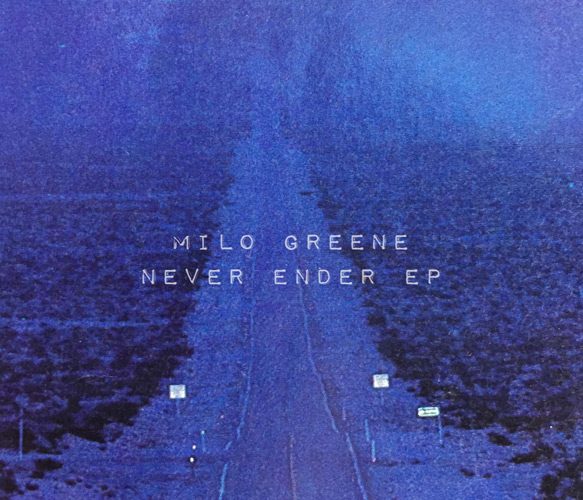 Billy Idol – The Roadside (EP Review) David Duchovny – Gestureland (Album Review)
Like the in-depth, diverse coverage of Cryptic Rock? Help us in support to keep the magazine going strong for years to come with a small donation.