Miranda Lambert – The Weight Of These Wings (Album Review)

December 19, 2016 Miranda Lambert – The Weight Of These Wings (Album Review) 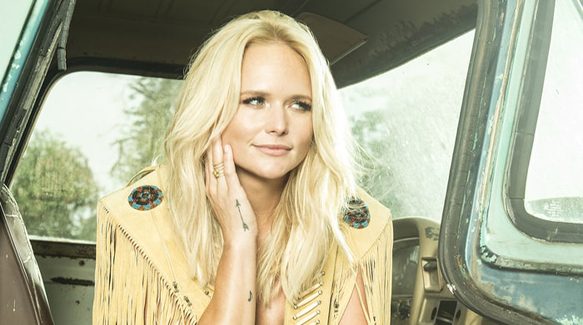 Known for her soulful vocals and down-home style of music, Miranda Lambert resolved to be a Country singer early in life. Beginning to take her music career seriously in high school, with the help of a strong family support system, Lambert made it to the show Nashville Star back in 2003. Attaining third place status, she was soon offered a deal with Epic Records, and has been off and running since.

Making her major label debut in 2005 with Kerosene, the world was given a taste of what would become the singers’ patented sound. Releasing one platinum selling album after another, Lambert returns in 2016 with her sixth overall studio album, The Weight of These Wings. Released on November 18th, it is a follow-up to the successful 2014 album Platinum, and marks Lambert’s first ever double LP. Twenty-four songs all together, does it stand as strong as previous releases?

With disc one, entitled Never, it all begins with “Runnin’ Just in Case” as dark emotion slowly builds. Lambert’s voice rings out, channeling the storied vocals of earlier Country legends and heartache rings throughout the track. Almost romantic, “Highway Vagabond” takes on a lazy drifting attitude as it chugs steadily and easily like an inner-tube on a slow-moving river. Exploring the harsh reality of life, “Ugly Lights” tracks along the prettier lines everyone else gets to experience while being illustrated by bitter toned vocals.

Facing change with subtle pride, “You Wouldn’t Know Me” shows the inner strength one learns over time and pain. Lyrically leading itself to an anthemic quality, the repetitive words aid in building that strength. Light-hearted on the surface, the album’s second single, “We Should Be Friends,” goes deeper to identify with a woman’s life experiences. It reaches out in understanding of the little frustrations and the backbone needed to live an imperfect life. Coming on with smoky vocals, on “Pink Sunglasses,” Lambert puts up a guard, trying to persuade listeners she is indifferent to life’s troubles, but the truth is, in fact, the complete opposite.

Continuing the story along, “Getaway Driver” is a gentle love song that captures the essence of what it means to be a true friend. Hopeful and uplifting, it is a message of support while promising to be by a friend’s side no matter what. Thereafter, album lead single, “Vice,” is all about not being in control of one’s habits and letting them steer the path ahead. Something that plagues everyone, it conveys the feeling of giving in to sweet temptation and the knowing regret as it happens, giving the song honey-flavored poison identity. Changing gears slightly, “Smoking Jacket” is seductively slow and dreamy as Lambert sings about an ideal man.

More melancholy with a touch of unfiltered guitar playing, “Pushin’ Time” is a nostalgic piece, reflecting on a tough break up. A highly emotional song, Lambert teams up with Anderson East for a duet that strikes all the right chords. Shifting to a more energetic style with “Covered Wagon,” a poppy beat matched with muffled vocals echo a resolve to live life as it comes. This is before Never closes with “Use My Heart,” capturing the sunset-in-the-country feeling. Reluctance to follow gut instincts, it is illustrated by gentle vocals full of regret and stubborn pride.

A heartbreaking way to end the first side of the double album, The Heart begins with “Tin Man,” a melancholy track colored with bitter advice that it is better to not have a heart than to suffer a broken one. Showing that there are still rays of hope, “Good Ol’ Days” takes an upbeat turn on the instrumentals side, but the theme centers around uncertainty. Much darker in style, guitars and lower vocals fit with “Things That Break” as lonely, warbling guitars add a touch of loneliness to it all.

Offering an easygoing vibe and more lighthearted lyrics, “For the Birds” is a statement about going down the path of least resistance. Followed by the distant sounding “Well-Rested” and “Tomboy,” it is “To Learn Her” which harkens back to an older Country music style. A welcomed approach, Lambert changes it up again with “Keeper of the Flame,” which combines modern Country with the gentle whine of the older styles. Here, quietly idling guitars ground the track until a hymnal chorus comes in.

Cautious and wary at first, “Bad Boy” dives down shot after shot of whiskey, until the situation is close to throwing that caution to the wind. This is before “Six Degrees of Separation,” a rougher tone, making it have much more Rock undertones. Keeping the emotions high, “Dear Old Sun” paints a dry and cracked picture of loneliness leading the way to album closer “I’ve Got Wheels” where Lambert finds resolve to move forward to whatever the future may offer.

Plenty of music to digest, The Weight Of These Wings is emotional and takes time to explore the multiple situations life presents to everyone. Many the tracks address heartbreak, as well as sincere human emotion throughout the lyrics. A solid continuation of Lambert’s style, the recurring theme stands strong through both Never and The Heart. Proving she can dish out a double album and not skip a beat, CrypticRock gives Lambert’s The Weight Of These Wings 4 out 5 stars. 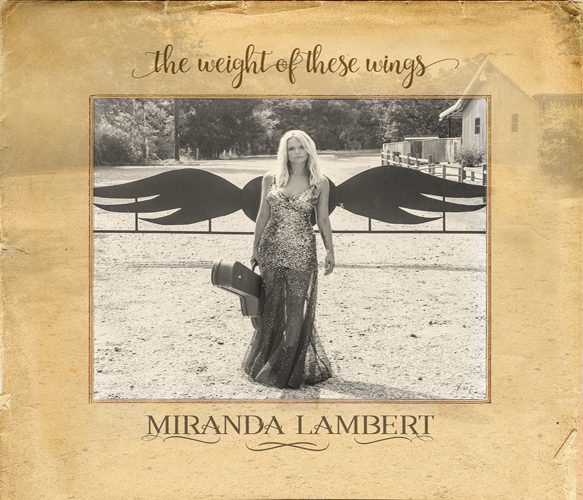