Miss May I – Shadows Inside (Album Review) 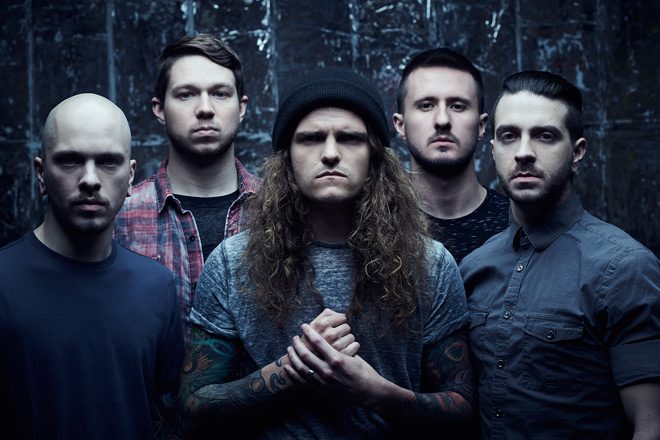 Everyone has shadows inside, but there is light too: emotionally cloying brilliance that writhes besides mesmerizing misery. Into this dangerous dance of light and dark, Miss May I emerge on Friday, June 2, 2017 with Shadows Inside via SharpTone Records.

Hailing from Troy, Ohio, Miss May I formed in 2007 and released their debut full-length album, Apologies Are for the Weak, while still in high school. The album would peak at No. 76 on the Billboard 200, No. 29 Billboard’s Top Heatseekers, and No. 66 on Top Independent Albums.

Miss May I have had songs featured in major, feature films (Saw VI 2009), as well as in the video game Saints Row: The Third, and spent three summers on the Vans Warped Tour (2011, 2012, and 2015, respectively). A band with a truly prolific touring schedule, they have shared stages with everyone from Bleeding Through and Motionless In White to Avenged Sevenfold and Bullet For My Valentine.

Now ready to author their next chapter, Miss May have signed with SharpTone Records, who will release their sixth studio album, the aforementioned Shadows Inside. Produced by Miss May I and Drew Fulk (Motionless In White, Blessthefall), the album is a remarkable collection of ten tracks, all balanced perfectly on a precipice between biting, blistering Metal and the gorgeous siren call of melody.

Shadows Inside kicks off to its title track and current single/video, “Shadows Inside,” an incendiary attack of vicious Metal cries blended beautifully with infectious melodies; good, new things in life can break the darkness’ hold on us Miss May I promise with pulverizing basslines and jackhammering drums. It is the perfect representation of an album that is extreme in its beauty: from soaring harmonies to animalistic growls, all fraught with stellar musicianship and look toward sonic greatness.

“Under Fire” presents a massive, fully infectious sound, complete with racing guitar solos. The band’s delicious multi-layered sonics create atmosphere on “Never Let Me Stay,” and move the boys into the biting and stomping blitz of “My Destruction” (“Crush every bone / I’ll never break / Fuck what they say”). Miss May I then flawlessly contrast the vicious assault on the senses that is “Casualties” with the epic, full sound of “Crawl,” moving flawlessly into “Swallow Your Teeth,” an ode to those that would wish to try and control us with their jabber.

When death sings your name, “Death Knows My Name” reminds us to find a way to crawl out of the dark with stellar guitar-work and that luscious dance of melody and Metal. The album’s first, cinematic quality video, “Lost In the Grey” presents the anthemic battle cry “We’re hopeless, not helpless!” It is a truly brilliant track that is certain to become a highlight in the band’s live show. Shadows Inside ends with “My Sorrow,” fraught with growls, Rap breakdowns, and that ever-present, gorgeous, soaring melody, all while urging listeners to continue to fight for happiness despite life’s sorrows. It is a beautiful, haunting note to end on and powerfully emotional. In fact, while many of their contemporaries scream of hopelessness and the human disease, Miss May I offer Metal with hope: songs that possess bite but generally always turn lyrically toward the light.

Shadows Inside is a truly massive sound full of multi-layered sonics and massive production – a brilliant album that will excite the fire inside the veins of hordes of Metal fans. Heavy, melodic, biting, beautiful, Miss May I have recorded an album that is guaranteed to put them on the map as a force to be reckoned with. A truly exciting album that must be heard, CrypticRock give Miss May I’s Shadows Inside 4.5 of 5 stars. 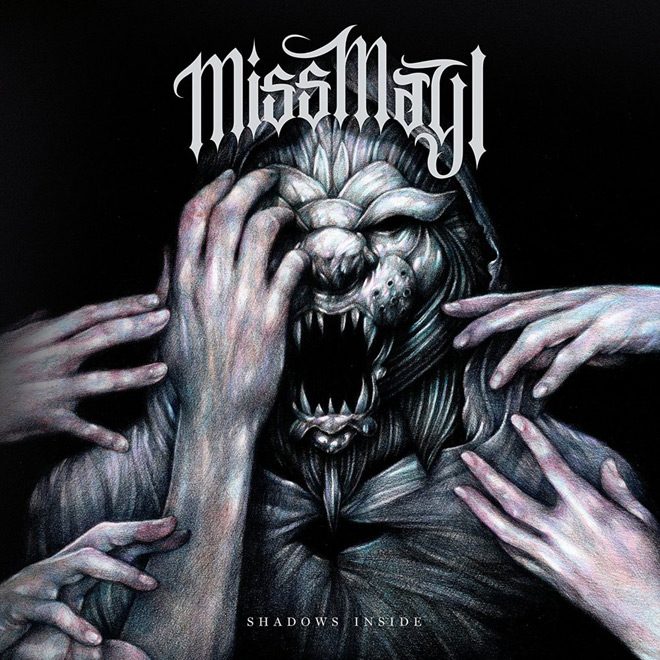 Miss May I are currently on the road in support of Shadows Inside.  See MissMayIMusic.com for further details and dates.