Back in 2013 a film by the name of Missionary received limited release, first premiering on July 25, 2013 at the Fantasia International Film Festival. As a project from Poiley Wood Entertainment and Missionary Film Production, Missionary is a ninety minute film directed by Anthony DiBlasi (Dread 2009, The Profane Exhibit 2013) and brings a Fatal Attraction (1987) type plot with a religious twist. Well received by critics, the film unfortunately has not received the just exposure it deserves and two years after its initial release is worth examining with the DVD and Blu-ray release in North America as of January 6th. 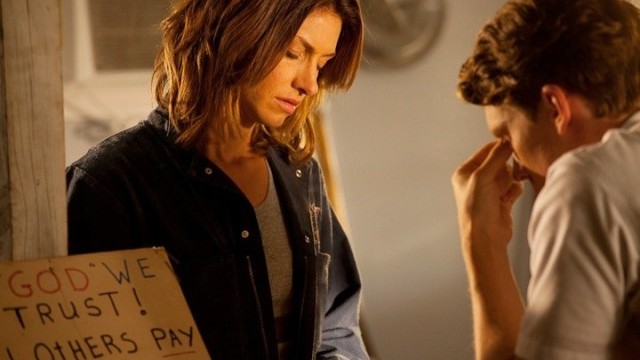 Katherine (Dawn Olivieri: American Hustle 2013, House of Lies series) is a struggling mom working at a salvage yard as well as going to school, all while taking care of her twelve year old son, Kesley (Connor Christie: Army Wives series, Nova Road 2014). She moved to Jacksonville to take care of her mother, but while she was gone, her husband, Ian (Kip Pardue: Remember the Titans 2000, The Wizard of Gore 2007), cheated on her, putting a strain on their relationship. Ian is a good father and tries to make amends with Katherine. Two Mormon missionaries, Alan Whitehall (Jordan Woods-Robinson: The Hunger Games: Mockingjay Part 1 2014, The Walking Dead seires) and Kevin Brock (Mitch Ryan: Cabin Fever 3: Patient Zero 2014, One Tree Hill Series), are brushing up on their plans to spread the good word. On their mission, they encounter Katherine and Kesley playing football and greet them in that awkward “do you have time to talk about the lord today,” exchange. As they are ready to leave, Kevin offers to throw the football to Kesley a few times, and soon after, they all become friendly. 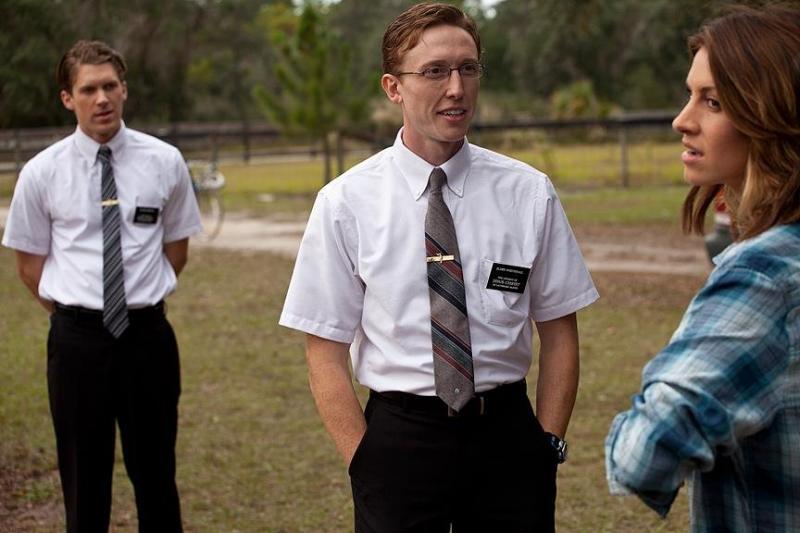 The next day, Katherine is driving on the highway and passes Kevin walking in his outfit of white shirt and tie and black pants on a ninety degree day. She backs up offers him a ride back to his place where they get a little too friendly. They meet up a few more times, meanwhile, things are getting better with her husband. To Katherine, this is casual, but to Kevin, this is something divine.  When it comes time to break it off, Kevin becomes rageful and trashes his room, to Alan’s horror. Soon, Kevin starts stalking her, showing up to her work, where he is forced to leave at gunpoint. Alan attempts to intervene when an unfortunate “accident” befalls him. Ian also intervenes, the events spiral out of control, leading to an exciting climax. 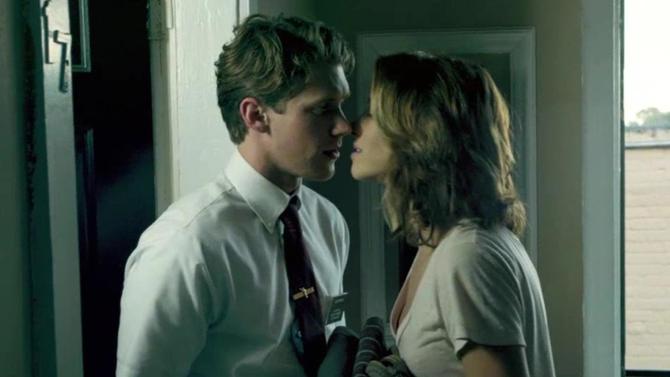 The actors do a really solid job and the beautiful Olivieri was believably vulnerable and passionate throughout Missionary. Ryan is deceptively charismatic as Kevin, so it is no surprise that he had an affect on Katherine. When Katherine and Kevin get together, it is a certainty that things are not going to last forever; and when the twist eventually does end, it will be ugly. Pardue plays an utterly repentant husband and wants to make up for what he did, and when Katherine admits what happened between her and Kevin, he is understandably upset, but then quickly lets it go as he was guilty of the same thing. Although a couple parts have a “Lifetime Movie” feel, Missionary is actually a very good film, wrought with tension and even a little shock. Overall, Missionary is a gem worth picking up. CrypticRock gives Missionary a 4 out of 5 stars. 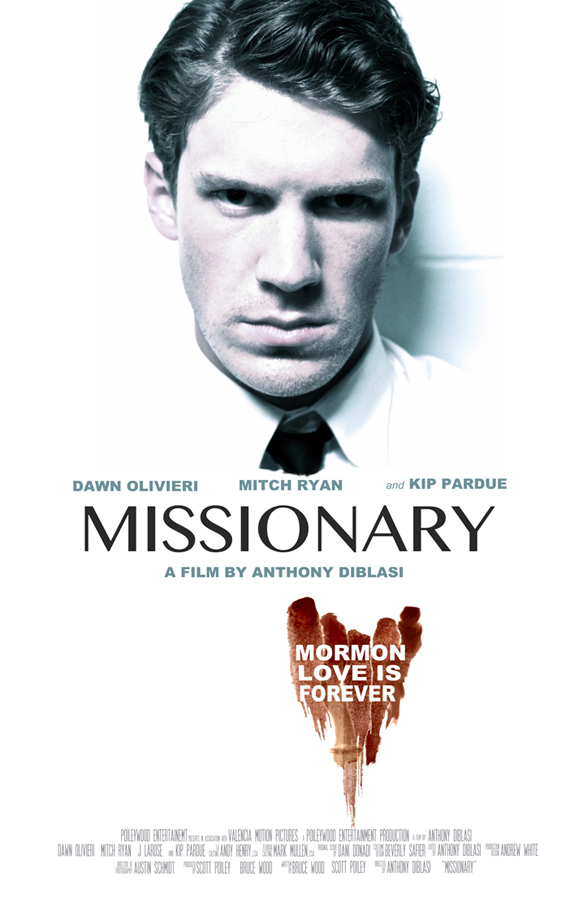 Purchase Missionary on DVD/Blu-ray on Amazon